Logistics and tourism concerns aside, Bloomingdale's is opening its first store in Hawaii with confidence it can grab market share. 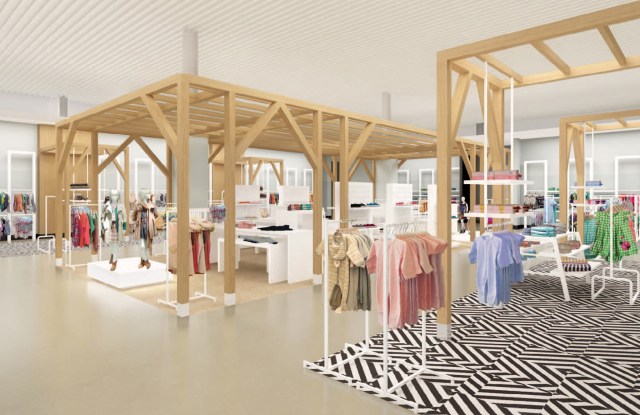 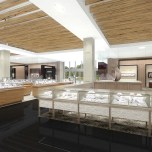 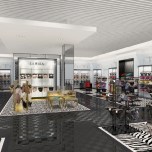 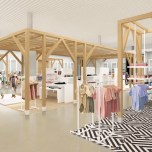 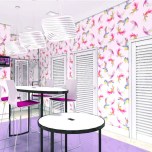 Bloomingdale’s will open its first store in Hawaii on Nov. 12, bearing “a flagship” assortment with an array of exclusives and the latest technologies for better service, and exuding plenty of confidence in its ability to grab market share.

It won’t be an easy ride for the three-level, 165,000-square-foot Bloomingdale’s Hawaii, at least at the outset since tourism is on the decline and there is already established competition on the island of Oahu. The strong dollar has been discouraging spending by international tourists in the U.S. generally, which has been impacting stores like Neiman Marcus, Saks Fifth Avenue and Macy’s, as well as Bloomingdale’s.

According to Spring, the new store is more a matter of the business potential, rather than current demand. “We don’t worry about what isn’t. To have the opportunity to go into one of the world’s most successful open-air destinations is a tremendous benefit to our national expansion. This is not a suburban store. This is not a SoHo-type store. This is intended to be a flagship store.”

There are indications that the tourist situation could improve. For example, spending by Chinese tourists is expected to jump 23 percent this year to $229 billion, eclipsing $200 billion for the first time, and reach $422 billion by 2020, according to a report from Fung Business Intelligence Centre Global Retail and Technology and consulting firm China Luxury Advisors. China’s rising middle class, the growing numbers of Chinese students attending schools overseas, and currency fluctuations should eventually boost overseas travel.

Retailers covet tourists. They know they’re not ordinary shoppers. Vacationing puts them in a heightened spending mood, to shop for themselves and for gifts, and return rates are lower among tourists since what they bring home is harder to ship back.

Bloomingdale’s in the Ala Moana Center, considered the world’s largest open-air shopping center, is being rigged with smart fitting rooms with wall-mounted tablets so customers can view product availability and communicate with sales staff. The selling associates will have handheld devices for instant access to product information, and easy point-of-sale mobile transactions. Mirrors with touch-screen lighting help shoppers see the color and fit of whatever they’re trying on, and all fitting room areas contain communal tables with charging stations. Like other Bloomingdale’s stores, orders placed online can be picked up at the store. There is same-day delivery within a certain radius and international shipping of in-store purchases.

Ala Moana Center in Honolulu is owned by General Growth Properties. Bloomingdale’s is the centerpiece of a major expansion of the mall that is nearing completion. Neiman Marcus is an anchor in the center, as is Nordstrom, which is relocating within the center.

If all goes well, a second Bloomingdale’s in Hawaii is not beyond the realm of possibility “though not in the short-term,” Spring said. Kalakaua Avenue, Waikiki’s main street known for fine shopping and dining, could be considered if real estate becomes available.

To encourage greater tourist shopping, the new Bloomingdale’s will have a multilingual visitors’ center, directories in different languages, complementary coat and bag check, concierge services, hotel package delivery, style adviser appointments and a VIP lounge. The store will also have private cosmetic treatment rooms, a private event space and a Forty Carrots restaurant. Bloomingdale’s has introduced its first-ever Forty Carrots frozen yogurt truck to promote the store and its restaurant.

As part of Bloomingdale’s latest generation of full-line stores, the Hawaii store exhibits interior and exterior design and decorative touches reflecting the landscape and culture of the community.

“At the same time, we captured architectural elements more familiar in Hawaii,” Hruska added, citing the beamed wood ceilings, and columns and walls with a tropical wood shutter design. “It is very important that we represent the Bloomingdale’s New York experience, but we would be remiss in not recognizing the communities where we are opening stores,” said Hruska.

Also on one: handbags from Salvatore Ferragamo, Chloé, See by Chloé, Burberry, MCM, Meli Melo and House of Holland. In fashion and fine jewelry, there are Alexis Bittar, Chan Luu, Ippolita, Marco Bicego and Roberto Coin, as well as Shourouk and Melinda Maria, both of which are exclusive to Bloomingdale’s in Hawaii.

Several homegrown products will be featured including Honolulu Cookie Company, Sea Salts of Hawaii, Honey: Big Island Bees and the Honolulu Coffee company.
To become part of the local community, Bloomingdale’s will support via events and other activities the Bernice Pauahi Bishop Museum, Boys & Girls Club of Hawaii, Friends of Iolani Palace, Honolulu Museum of Art, Honolulu Theatre for Youth, Joyful Heart Foundation, Kapiolani Health Foundation, Kōkua Hawai’i Foundation, Nā Kama Kai and the Outrigger Duke Kahanamoku Foundation.
Ala Moana will be the $3 billion-plus Bloomingdale’s 38th department store. In 2017, Bloomingdale’s will open in the Miami World Center and in the Westfield Valley Fair shopping center in San Jose, Calif. In 2018, Bloomingdale’s will open in Norwalk, Conn.
Spring in the past has told WWD that the company would consider a third Manhattan location and that a comprehensive overhaul of its 59th Street flagship is in the works. Bloomingdale’s also has a store in SoHo.

“Our expansion is a combination of entering new markets and continuing to look at opportunities for infill with smaller formats,” meaning adding stores where Bloomingdale’s already has larger stores in a market.

Aside from Manhattan, Spring is mum on future store possibilities, though Bloomingdale’s has been eyeing cities and states where it does not have a presence including Texas, Arizona, Seattle and Las Vegas.

The far-flung Hawaii store poses logistical challenges, but Spring said, “It’s a matter of capitalizing on the behind-the-scenes Macy’s Inc. logistics network, and figuring out how to have the appropriate presence of [employees] with experience in the market as well as those first coming to work in the market. There’s going to be a powerful local team, with island experience and people from across the country,” Spring said. He suggested there was no problem recruiting for Bloomingdale’s Hawaii. “There are a number of people working in cold climates wanting to live in a warm climate,” Spring said, half-jokingly.

“The natural costs of operating on an island is something we have to account for, but it’s not something we can’t manage,” Spring said. “There are higher costs of moving merchandise. We’re incorporating that into the business plan.”

Bloomingdale’s is a Johnny-come-lately to Hawaii, but that too doesn’t trouble Spring. “We’ve done that before, such as in San Francisco. We came into that city when all the core competition was already there, but we’ve been very successful.”

Macy’s already operates several stores in Hawaii. “It’s not like we are making this leap by ourselves,” Hruska said.