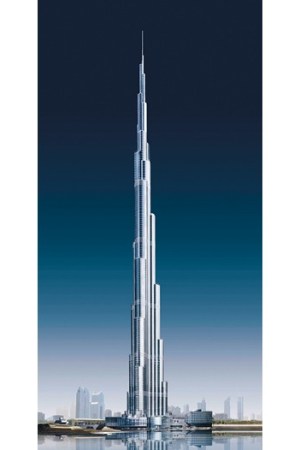 Bloomingdale’s is going international — and the Middle East is the first stop.

This story first appeared in the September 23, 2008 issue of WWD. Subscribe Today.

The U.S. retailer is heading to one of the fastest growing regions for luxury and fashion, and, increasingly, a focus for deal-making. The 40-unit Bloomingdale’s said it will open two stores in the Dubai Mall in Dubai. The announcement Monday confirmed a WWD report March 10.

The plan calls for a three-level, 146,000-square-foot men’s and women’s apparel and accessories store and a one-level, 54,000-square-foot home store to both open February 2010, establishing Bloomingdale’s with the largest presence in the mall.

Through a licensing agreement, the stores will be owned and operated by Al Tayer Group LLC, a United Arab Emirates-based company with diversified businesses. Al Tayer is the largest luxury retailer in the region, with more than 30 brands and 60 stores. In the next six to 12 months, the company is expected to grow to 100 to 120 stores.

Bloomingdale’s called the relationship with Al Tayer a “strategic partnership.” The chain has been scouting certain locations around the world, reportedly including China and Kuwait.

The Middle East is being eyed for expansion by companies ranging from luxury goods houses to other specialty stores, while firms from the region increasingly are becoming active on the takeover front. Istithmar of Dubai last year acquired Barneys New York and said it might open Barneys units in the country. Meanwhile, the Dubai International Financial Centre, which is owned by the country’s government, acquired a majority stake in Kuwaiti fashion retailer Villa Moda with plans to expand the company throughout the Middle East. A company linked to the government of Qatar also is said to be in talks to acquire a shareholding in Lanvin.

Other American retailers, such as Saks Inc., Gap Inc., Abercrombie & Fitch Co., Tiffany & Co., Brooks Brothers and Wal-Mart Stores Inc. are further along in their international expansions. However, at Macy’s Inc., the parent of Macy’s and Bloomingdale’s, there’s apparently no rush to catch up.

“We will go slow and deliberate,” Terry Lundgren, chairman, president and chief executive officer of Macy’s, told WWD. “We have time here. There is no urgency to open a whole bunch of stores. We have been in conversations about various opportunities for five years, and more focused for the last two. We are actually at the table,” with some potential partners in addition to Al Tayer.

Asked when the next international location may be revealed, Lundgren replied, “It’s not necessarily relatively soon. We have a lot to learn about doing business in a foreign country.”

Macy’s also could operate outside the U.S., Lundgren said, though not any time soon. “We have nothing planned there, but eventually it makes sense,” he said. “We have done a lot of research. Frankly, our initial research was with Macy’s, which is so well known internationally.…But more and more people came to us about Bloomingdale’s. With the expansion of luxury retail around the world, the idea of Bloomingdale’s internationally became [clearer] to us. So we have a number of people that we talk to about the potential expansion of both brands.”

Lundgren suggested the decision to license, rather than own, Bloomingdale’s Dubai was easy to make. “To me, there was no question that for our first store, we had to work with a very financially strong partner with local knowledge of the marketplace. That was such an influence. You always want to make sure that you are listening to local consumers, and not trying to force American ideals and products upon them.”

Bloomingdale’s will maintain a support organization in Dubai to direct the project, while Al Tayer merchants will tailor the assortment to suit the local population. However, considering the international draw of the city, the assortments could be very similar to Bloomingdale’s in America. As Michael Gould, Bloomingdale’s chairman and ceo, said, “Our Dubai store will feature the events, theater of retailing, visual excitement and outstanding contemporary luxury brands that customers associate with Bloomingdale’s. We are full partners in the assortment and the creativity and the quality of the store. We have approval over all aspects of anything that affects the brand.”

Al Tayer also sells some ready-to-wear that Bloomingdale’s doesn’t sell, such as Emilio Pucci, Gucci and Dolce & Gabbana. Al Tayer has rights to all of the Gucci Group and Giorgio Armani labels, as well as such jewelry brands such as Judith Ripka, Meil Lane, Pomellato, Damiani and H. Stern. Gould said Space NK will be in the Dubai store. The company recently signed an agreement with the British cosmetics firm to operate shops inside Bloomingdale’s locations.

“From a merchandising point of view, I think we are all set,” said Shireen El Khatib, ceo of Al Tayer Insignia, the luxury retail arm of the Al Tayer Group. “We have very strong support from Bloomingdale’s.”

The bigger challenge lies in getting the design and construction complete by the February 2010 opening date. “There is a time factor,” she stressed, noting Bloomingdale’s will be the largest luxury department store in the Middle East. The second largest is the 137,000-square-foot Harvey Nichols, also in Dubai, in the Mall of the Emirates, and owned and operated by Al Tayer.

Dubai, Gould added, has become a very international, cosmopolitan city, growing its hotel, recreational and financial industries. “It’s become a crossroads of that whole part of the world. It’s Vegas to the third power, but Vegas is just one element.”

Asked if there are security concerns with operating in the Middle East, Gould replied, “I guess that’s anywhere in the world today.”

Lundgren said he recently spent two days “walking the malls continuously, listening, watching people and watching what they were wearing. I got a strong, strong international sense there. Only 20 percent of the population was born in Dubai. Eighty percent are ex-pats. Everything is new and there is a government there that is very proactive, ensuring a long-range plan to satisfy the growth of both the retail and the manufacturing businesses and they are building a very strong financial center. There is an extremely well-established tourism business and they have created a successful housing market that’s sold through at high-end price points. I am very impressed with the way the government manages and solves problems and makes things happen.”

The idea of taking Bloomingdale’s abroad is not new. Marvin Traub, the store’s former chairman and ceo and now president of Marvin Traub Associates, in the late Eighties tried to put the retailer in Tokyo through a partnership with the Tokyu Department Store company. He said the deal never materialized because the Japanese economy tanked.

Traub represented Al Tayer in its negotiations with Macy’s and has worked with Al Tayer for six years. He helped the Dubai company plan its retail strategy, including the Harvey Nichols in Dubai. “We worked together in selecting the architect of the store, planning the layout, the organization and most aspects of the merchandising,” Traub said. “The immediate license is to open Bloomingdale’s in Dubai. Both groups will examine future opportunities.”

Currently, the largest shopping center in the Middle East is the 6.5 million-square-foot Mall of the Emirates. It has 2.4 million square feet of retail space. But that location will be dwarfed by the Dubai Mall.

The mall will be open for business later this year, but stores will be phased in over time. It is being built by the Emaar Development Co., based in Dubai, and will encompass about 10 million gross square feet, including 3.8 million for retail, and the world’s tallest building — the Burj Dubai, with more than 200 floors and an Armani Hotel at its base. The project will rival in size the 4.2 million-square-foot Mall of America in Bloomington, Minn., which plans to add 5.6 million square feet.

Resembling an ocean liner from the outside, Dubai Mall’s interior is expected to include more than 1,000 shops and incorporate a “malls-within-a-mall” format. The main centerpiece will be Waterworld, with a water terrace, fountains, aquarium and a 36-acre lake.

Galeries Lafayette has also signed on as an anchor, and Al Tayer will operate up to 40 other luxury and less-expensive stores in the mall, such as Gap and Banana Republic, in addition to Bloomingdale’s.

The Bloomingdale’s setup will be similar to Newport Beach, Calif., where the retailer has separate home and apparel stores. In Chestnut Hill, Mass., Bloomingdale’s operates a women’s fashion store and a men’s wear-home unit in the same mall.

Two weeks ago, Bloomingdale’s said it would roll out its SoHo concept, a scaled-down version of its 59th Street flagship, to Santa Monica, Calif. and Georgetown in Washington. Another major project in the works is the complete overhaul of the main floor of the flagship.

“Really, what all this says is that even in this difficult economic climate, there’s tremendous confidence in this brand,” Gould said. “Over the last six, seven years, we have moved the top line, the bottom line. More importantly, we have moved the quality of the brand. We have tremendous opportunities in a number of different venues and channels.”