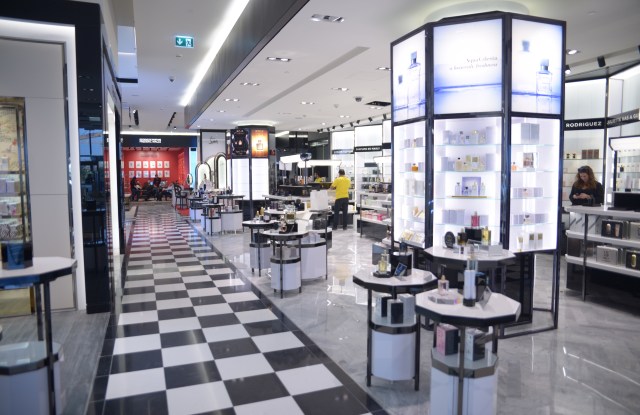 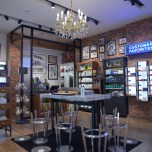 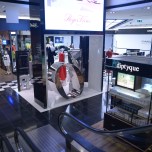 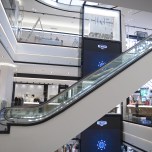 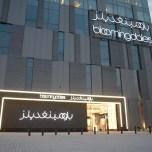 Though business is tough in the U.S., it’s looking better for Bloomingdale’s in the Middle East.

The retailer opens a three-level, 93,000-square-foot store in Kuwait City today, advancing a cautiously-paced expansion in the Middle East in collaboration with the Dubai-based Al Tayer Insignia, which is licensed to operate Bloomingdale’s in the region.

Kuwait has a population estimated at just over 4 million, with 83 percent of people residing in Kuwait City.

Bloomingdale’s Kuwait, the retailer’s second store in the region, is housed in the 360 Mall, considered a luxury shopping center. The soft opening today will be followed by an official grand opening on March 15.

In addition, e-commerce and omnichannel operations are in the works for Bloomingdale’s in the region.

The decision to move Bloomingdale’s forward in the Middle East is based on the performance of the Dubai unit, and an attitude to shopping department stores that’s different from the U.S. It’s a more appealing proposition to Middle Easterners because there are fewer department stores in the region and online commerce is less developed.

“Retail in this part of the world is actually underpenetrated in department stores,” said Khalid Al Tayer. “Customers really enjoy us because of the very limited offer. We don’t see the same pressures in our part of the world.”

“The Dubai store has performed quite well, exceeding our original expectations,” said Bloomingdale’s chairman and ceo Tony Spring. “It’s become the dominant player in the market in many key categories and based on that success we decided to look at other opportunities with Al Tayer.”

Last fall, Al Tayer started a multiyear renovation of the Dubai store “to capitalize on categories we have outgrown,” Spring said, citing beauty, shoes and handbags.

Asked about Bloomingdale’s international expansion extending beyond the Middle East, Spring said, “It remains an opportunity. It’s something we continue to study. The challenge is finding the right strategic partners just as we have been fortunate to have found in the Middle East…I don’t see us in Europe. There is a crowded field there of highly capable and successful stores that do a version of what we do. Certainly in other parts of the world there is the potential for Bloomingdale’s.” He said key gateway cities similar to Dubai, where there is a lot of wealth and people visiting from around the world, could be considered, though he didn’t specify any.

With Bloomingdale’s stores in the Middle East, Al Tayer is adopting a “city flagship” strategy aimed at dominating the luxury and contemporary fashion markets.

“We are also looking at omnichannel and e-commerce for Bloomingdale’s in the coming medium-term, in the next 12 to 18 months, enabling us to reach a wider audience,” Al Tayer said. Among the omnichannel operations planned are ship from store and buy online, pick up in store.

He added that he will be looking at additional expansion opportunities for Bloomingdale’s, but no other plans are set.

“By look and feel, Bloomingdale’s in Kuwait is definitely a Bloomingdale’s store,” with a product assortment resembling the 59th Street flagship in Manhattan, Al Tayer said.

In creating Bloomingdale’s in Kuwait, there was close collaboration. “It’s important for us to make sure we are consistent for the Bloomingdale’s brand,” Al Tayer said, adding that the U.S. retailer has been “very involved” in store design, merchandise strategy and securing products and brands.

“The merchandising is not so different from how Bloomingdale’s would merchandise a store in the southern part of the U.S.,” Al Tayer said. “You have to consider climate. You also have to look at the lengths of some of the dresses. Kuwaitis want to dress in a trendy way but a little more modestly.”

He added: “If we talk about bags and shoes we have higher price-point customers, and many styles in exotic skins.” Overall, the assortment of women’s ready-to-wear, accessories and footwear is skewed to luxury and designer brands and contemporary labels.

The Bloomingdale’s Dubai and Kuwait stores target affluent, trendy women, 25 to 45 years old, though there is also an effort to reach younger Millennials.

Asked if the Bloomingdale’s in the Middle East is as promotional as in the U.S., Al Tayer replied: “Not at all. We are not as promotional as the U.S. In this part of the world, there is not a lot of flexibility to be promotional. You have to get licenses [from the government] for promotions. There are windows where they allow promotions, but that’s not prevalent.”

Bloomingdale’s in the U.S. often offers friends and family events, time-sensitive discounts and steep markdowns in reaction to the national decline in mall traffic and international tourist spending.

Bloomingdale’s in Dubai “continues to be a very strong store for us,” Al Tayer emphasized. “We continue to evolve it,” by updating the merchandise and renovating and installing new vendor concepts, he noted.

Al Tayer listed several features of the Kuwait store that make it distinct. For one, it’s a women’s-only store for ready-to-wear, accessories, footwear and beauty, with the exception of selling some men’s fragrances and skin care.

With limited space, Al Tayer chose to concentrate especially on pumping up the beauty, handbag and footwear presentations. Handbags and shoes are merchandised together by brand, which is unusual. “This way, brands can express themselves in a stronger way. They almost look like small boutiques within a department store,” said Al Tayer.

Among other unique features at Bloomingdale’s Kuwait: