Bloomingdale’s spring-summer fashion presentation and luncheon to benefit the NYU Child Study Center is becoming something of a tradition. 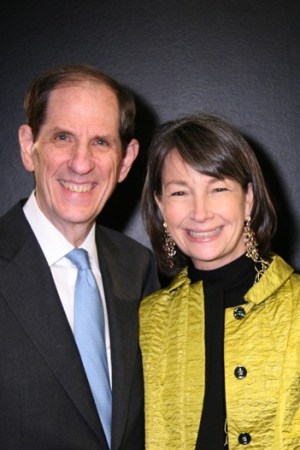 NEW YORK — Bloomingdale’s spring-summer fashion presentation and luncheon to benefit the NYU Child Study Center is becoming something of a tradition. The event on April 15, marked the retailer’s fifth year the store served as the host. “When I think of Harold [Koplowitz, the center’s director,] and his team and all they do, I think of hope,” said Michael Gould, chairman and chief executive officer of Bloomingdale’s.

The center, which treats child psychiatric disorders through scientific practice, education and research, has touched the lives of many parents, including luncheon co-chair Chris Mack, who told guests about an experience her son, a fourth-grade student at Dalton, had. “I’m sure you heard, a 17-year-old jumped out of the window recently; my son was standing right where this kid jumped. The Child Study Center was there, [they held] all these meetings to give us support,” she said.

Bloomingdale’s donated 10 percent from purchases made between April 7 and April 15 to the center. Over $100,000 was raised from the luncheon and shopping percentage of sales, the center said.

“The Sopranos” star Lorraine Bracco, who was seated beside Koplowitz, said she attended the event “because I’m a good friend of Harold’s and a big believer in helping children.” Bracco has been working with the Center for Discovery in Harris, N.Y. “It deals with autism,” she said. “We still don’t know what causes it.” Asked what her next acting project will be, Bracco said she’s optioned several books, including “Schooled,” a novel by former Dalton teacher Anisha Lakhani.