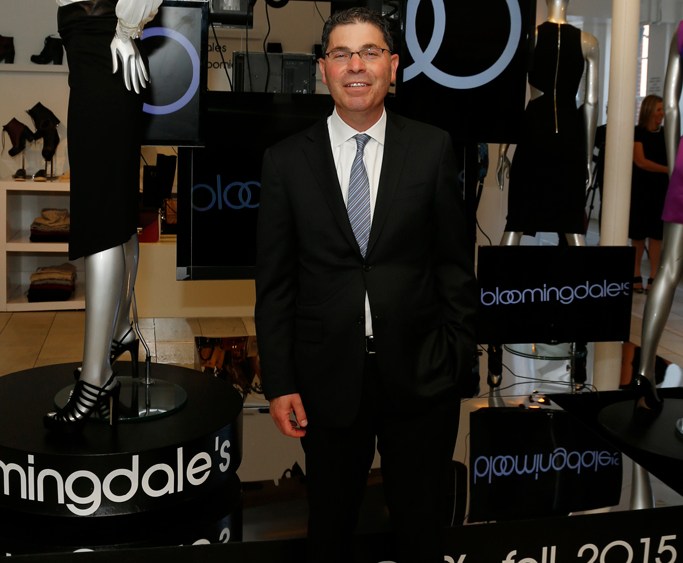 Room for one more?

At Bloomingdale’s, product is paramount and real estate comes in a close second, yet the possibility of an additional Manhattan location for the retailer is real.

“I see room for another Bloomingdale’s in Manhattan. We haven’t found another location,” Tony Spring, Bloomingdale’s chairman and chief executive officer, told WWD. “We believe there is more opportunity for us, certainly in the totality of the city.”

Bloomingdale’s currently operates two stores in Manhattan, the 59th Street flagship and the SoHo unit on Broadway. Bloomingdale’s first off-price store in Manhattan is scheduled to open this fall, on the northwest corner of Broadway and West 72nd Street, where it is taking over an Urban Outfitters site. Recent reports center on the retailer scouting the West Side, where it nixed the Hudson Yards  development, which will include Neiman Marcus instead, though lower Manhattan would be appealing in light of its boom.

Bloomingdale’s is also renewing its focus on the 59th Street flagship. The company is always adding shops and undergoing renovations, and, at the moment, “We are working on a total comprehensive plan for 59th Street,” Spring disclosed. He said it would involve relocating brands, changing adjacencies and the footprint of the building to “ensure the energy goes from top to the bottom.” Some renovation work would be involved, though Bloomingdale’s isn’t seen spending to the extent that Saks Fifth Avenue will be spending ($250 million or more) to overhaul its Fifth Avenue flagship. Bergdorf Goodman is also renovating its women’s store.

With the 59th Street plan still being formulated, Spring couldn’t say exactly when changes start to occur. Once the blueprint is established, it would take two to three years to revamp the store, he said. “We are working on a comprehensive plan to bring the energy and excitement of the first couple of floors to the rest of the building,” he said. “Everything is on the table.” That includes creating a new shoe floor and a food-hall concept.

The subject of real estate arose during a preview of the “100% Bloomingdale’s” fall 2015 campaign featuring exclusive products throughout the store. It was staged at the 80,000-square-foot Bloomingdale’s SoHo store, which has a contemporary bent that serves up a slice of the retailer’s assortment. When the SoHo unit opened, in 2004, it was a bold move. With all the commercial and residential development downtown and on Manhattan’s West Side, an additional Bloomingdale’s unit could help cover the market as its competitors open their own units in lower Manhattan. Saks Fifth Avenue, which will open its second Manhattan store in Brookfield Place, downtown on Vesey Street, and a Saks Off-5th will open nearby. Nordstrom is searching for a downtown location while building an uptown flagship on 57th Street.

At Bloomingdale’s, as the footprint evolves so does the merchandise presentation and quest for exclusives. “The ‘100% Bloomingdale’s’ campaign continues to grow in the number of items and vendors,” Spring said. For fall, the program involved 267 designers and brands in women’s, men’s, children’s and home, contributing a total of about 1,400 items that Bloomingdale’s can call its own. Spring explained that many of the designers participating since the campaign debuted in fall 2014, such as Theory, Vince and Karen Millen, are now creating capsule collections, with a half dozen or more items in many cases, rather than just an item or two as before. “The campaign has a nice mix and breadth of designer, contemporary and accessories vendors,” Spring said. Maje, for example, created a six-piece group, including a leather moto jacket with shearling detail, an embroidered floral tulle dress and a knit wrap. Sandro created an eight-piece group, including four dresses and a burgundy bomber jacket.

The “100% Bloomingdale’s” merchandise arrives at all stores in the chain and online at the end of August and beginning of September.

Aside from bringing exclusivity to the store, “100% Bloomingdale’s” is a vehicle to entice designers and brands to sell to the retailer if they haven’t before, and then develop ongoing relationships. Timo Weiland, Sarah Jessica Parker, Hunter and See by Chloé, among others, have created exclusives for “100% Bloomingdale’s” this fall, for the first time, raising the possibility that they will become regular vendor partners. “It is a way to land brands, but it’s more about ensuring that the core of the Bloomingdale’s assortment has distinction,” Spring said. “We try to make sure that we’re not just doing something that’s interesting from a marketing perspective. It has to be both editorially interesting and commercially viable.”

Others in ready-to-wear providing exclusives for the campaign for the first time this fall are Narciso Rodriguez, Jenni Kayne, Iro Denim, Cynthia Rowley Active, Mackage and Woolrich. In accessories, Furla, Michele, Illesteva, Milly and Botkier have joined the lineup. Cosmetics exclusives new to the campaign are Dior, Clinique, Estée Lauder and YSL, and men’s exclusives for the first time are from Polo Ralph Lauren, Ralph Lauren Black Label, Canada Goose, Billy Reid and Coach. On the home front, Frette, Wedgwood, Bunglo and Hartmann have joined the campaign.

Spring said “100% Bloomingdale’s” takes a “360-degree” approach, involving catalogues, a micro site, social media, shopping bags, editorial walls in the stores that inform customers of the campaign and other events happening in the store, visual presentations, signage to make sure the customer connects to the program. Asked if these products sell better than the general assortment, Spring replied it is high enough to encourage the company to broaden the program this year and spur vendors to provide more products. He did not provide any sales numbers.

In its full exposure, “100% Bloomingdale’s” occurs in the first and third quarters of the year, though some product appears in the second and fourth quarters as well. “Ideally,” Spring said, the campaign would go year-round. In a tough climate for selling fashion, Spring noted, “The customer is looking for more exciting reasons to buy.”

Extending the program would mean added pressures on designers to supply exclusives and more time working with Bloomingdale’s fashion executives who provide direction and themes. The retailer works anywhere from six months to a year in advance to develop exclusives for the program. “It’s got to be as good or better than the fashion of the season,” Spring said. “This forces us to spend a lot of time on product.”

“The designers created coordinating pieces and are really telling a story, whether that’s a trend message or a color direction or filling a void, particularly in the contemporary space. We feel like the Seventies are very much alive. It’s not going away,” said Brooke Jaffe, Bloomingdale’s operating vice president and fashion director for ready-to-wear. Sometimes, with “100% Bloomingdale’s,” Jaffe noted, “We are catching up to ideas seen on the runways.”

Erica Russo, operating vice president and fashion director for beauty and accessories, said that this time the retailer is “dressing women head to toe. The approach is seamless.”