The store in San Jose is Bloomingdale's 11th in California and 35th overall. 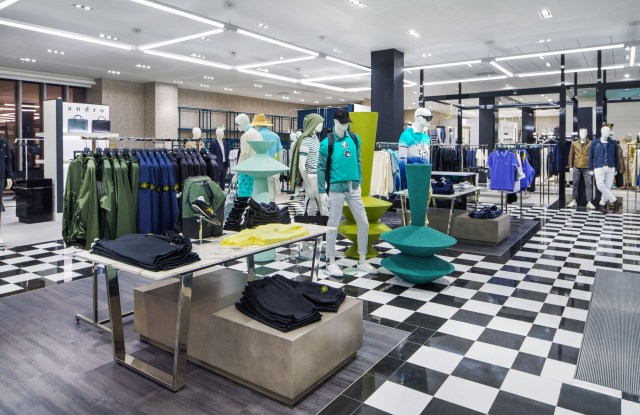 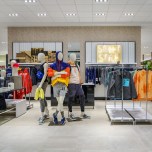 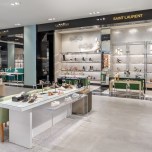 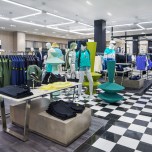 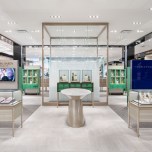 “Don’t forget that people in California go skiing, visit cold weather climates, and they love a designer handbag or a great fragrance,” observed Tony Spring, chairman and chief executive officer of Bloomingdale’s. “I would never suggest Silicon Valley has a single dress code.”

For a population that’s outdoorsy and often in the gym, the store is stocked with plenty of casual merchandise, like denim from Frame, Mother and J Brand, and activewear and T-shirts from Alo Yoga, Nike, Splendid and Spiritual Gangster, as well as affordable outerwear from Barbour.

On the more upscale side, there’s Moncler and Canada Goose outerwear, and many designer labels including Louis Vuitton, Bottega Veneta and Saint Laurent handbags and accessories;  designer footwear from Dior, Gucci, Givenchy, Jimmy Choo and Miu Miu, and active and contemporary styles from APL, On, Superga, Veja and Loeffler Randall, to name a few.

There’s also The Carousel rotating pop-up for cultural themes and guest curators. Currently, it’s themed  “World Bazaar” and merchandised with handcrafted pieces and international finds by Karla Martinez, editor in chief of Vogue Mexico and Latin America. The Carousel format exists in five other Bloomingdale’s stores and on bloomingdales.com. 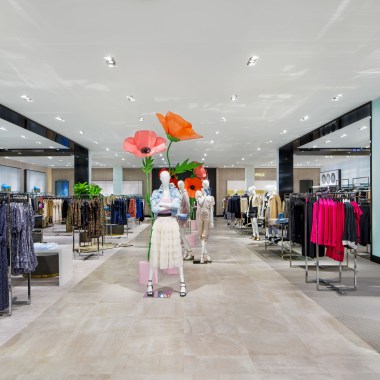 “Aspirational but accessible,” is how Spring characterized the Bloomingdale’s assortment at the new store.

Bloomingdale’s Valley Fair, the retailer’s 11th store in California, is, according to sources, shooting for about $50 million in annual sales. Spring declined comment on the sales target.

The store is the latest extension of what’s been a “surgical” and cautious expansion for the $3 billion Bloomingdale’s chain. No additional department stores are currently planned, though Texas, Washington, Michigan and Arizona, all states without a Bloomingdale’s, as well as the Boston area, where there’s only one Bloomingdale’s, in Chestnut Hill, is on the radar. In north Miami, Bal Harbour Shops is expanding and could consider Bloomingdale’s since Barneys New York was supposed to move in but went bankrupt and liquidated.

“We continue to look for those strategic opportunities that would round out our portfolio,” said Spring. “There’s no hurry to get bigger much faster, but we still have opportunities and are open to them. Valley Fair fills a void in our northern California presence, which along with our Stanford and downtown San Francisco locations, is now complete.” Later this year, the 20th Bloomingdale’s outlet store will open at a yet-to-be-disclosed site.

For the Valley Fair opening, there’s a benefit for the 49ers Foundation, the philanthropic arm of the San Francisco 49ers football team that helps to educate and empower Bay Area youth.

“From a design and color standpoint, the store really has a wonderful mix, capturing what’s indigenous to the market and the character of the 59th Street flagship,” Spring said, noting the signature Bloomingdale’s checkerboard tiling along with the Bay Area touches like the large California poppy displays, and the AnQi bistro and noodle bar.

Bloomingdale’s recently closed its Miami store in The Falls mall and cut some staff, per the Polaris strategy. “The strategy is simply how do each of the brands within the Macy’s Inc. portfolio improve their performance,” Spring explained. “The approach is slightly different from Bloomingdale’s to Macy’s to Bluemercury.” 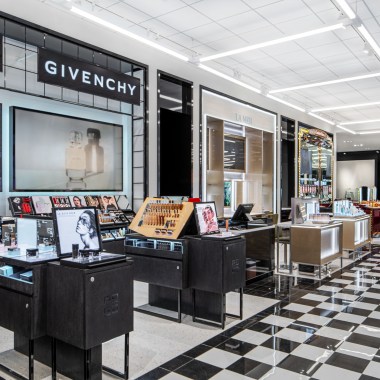 Inside the Bloomingdale’s in the Westfield Valley Fair mall.