The Uxus design firm is tailoring department stores for the Middle East. 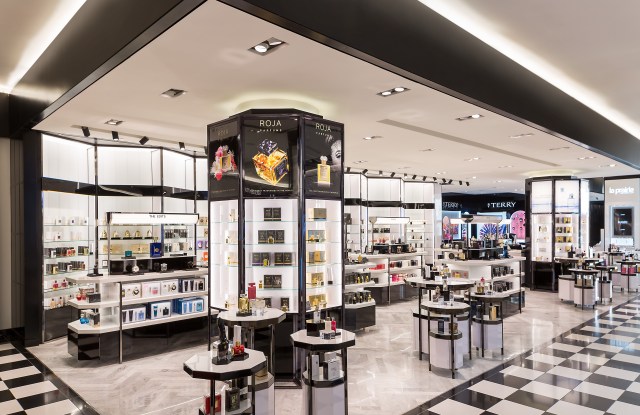 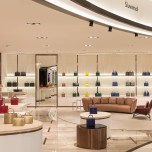 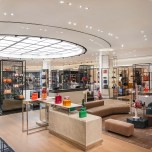 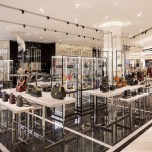 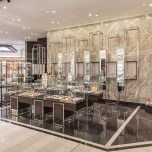 In the Middle East, department stores are relatively new, well-received and can’t be clones of their Western counterparts.

That’s the takeaway from Oliver Michell, chief creative officer, architect and cofounder of Uxus, a strategic design consultancy based in Amsterdam and New York, which helped create Bloomingdale’s in Kuwait City, Kuwait.

Explaining how Uxus adapted the retailer’s template, Michell said Bloomingdale’s Kuwait is a smaller, women’s-only format at 93,000 square feet over three levels, and suggested that the Middle Eastern clientele, unlike many Americans, regards shopping as an outing, rather than a chore.

“There’s no deviation on what the brand stands for, but you have to adapt the brand for the region,” Michell said. “The luxury code needs to be dialed up. The service aspect is paramount. People are affluent. There is a lot of disposable income and free time.”

The store has “quite a lot of innovation in terms of customer experience with plenty of digital ambiance and videos for institutional and seasonal fashion messages. They provide a Bloomingdale’s fashion point of view. There are screens on columns, ceilings and walls, and a 46-foot-high digital tower informing customers of what’s new.”

To accommodate the “strong culture around buying fragrance,” the 25,000-square-foot beauty floor has a “Discover Beauty” area for emerging niche brands and the “Experience Beauty” area for private treatment cabins and makeup artistry rooms.

“Men and women wear much more fragrance and spend a greater amount of time in a fragrance department than in the West,” Michell said. “Women will layer on different fragrances to create a different scent,  and it’s expected to be very high-end fragrance.” Home fragrance is a frequent purchase as well.

“Given the size of the Kuwait store, which is not as big as Bloomingdale’s in Dubai, we had to make a very conscious decision it was not going to have everything so we focused on a female-only offer with a focus on beauty, shoes and handbags. Particularly in the Middle East, handbags and shoes are a big indicator of your style and personal preferences, and women do wear quite a bit more makeup in Kuwait,” said Mitchell. That offsets the “abaya” coverups worn by many women in Muslim countries.

Other unique features at the store are the prayer rooms, a restaurant with an all-day menu and setting that opens into shoes and accessories to create more of a scene, and cross merchandising — handbags and shoes are displayed together by brand, and costume jewelry bridges shoes and handbags.

“It doesn’t feel like a flat space. It’s a very theatrical store and the service component is definitely dialed up,” Michell said.

Personal shopping has three 200-square-foot suites with three-way mirrors, podiums for fittings, adjustable lighting to simulate day and evening hours, personal shoppers and a VIP elevator. There’s also valet parking and a “personalization lounge” where anything from a perfume bottle to jeans can be embossed, engraved or embroidered.

“People are very keen on shopping in Kuwait but the taste is quite different,” from some other countries in the region. “Kuwaiti women are more interested in color. They’re fashion forward.” They travel a lot, shop in London, Los Angeles and other capital cities, and are aware of the latest trends, Michell said. “They are very savvy customers and used to very high-end fashion and accessories. Those are very important considerations.”

Uxus is working on the 150,000-square-foot Bloomingdale’s in Abu Dhabi. “It will be an evolution of the Kuwaiti store but will have men’s clothing, shoes, accessories and grooming, a women’s hair salon, home, women’s ready-to-wear, accessories and beauty and a strong personal shopping component,” Michell said.

“Department stores in the U.S. are having a hard time not because of their nature. The problem is they are slow to adapt to customer needs,” Michell said. “Customers are expecting quicker turnaround, a connected cross-category approach rather than silo-ed departments. Women don’t just shop by category anymore.”

But in Kuwait, which has a population of over 4 million, “people will go to Bloomingdale’s for almost the entire day.”