Boardriders Aims to Be the Ultimate Hangout for Surfers, Skaters

The parent to Quiksilver and now Billabong finally brings its retail and hangout concept Stateside with a Malibu store. 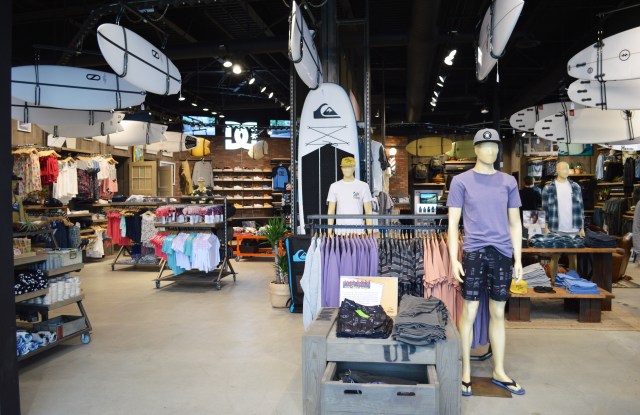 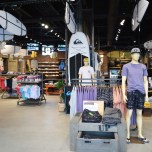 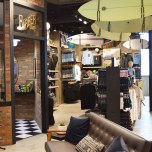 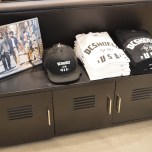 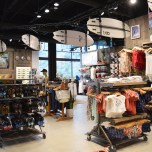 Calling all surfers, skaters and snowboarders. Boardriders, the store, has officially landed in the U.S. with the opening of the company’s Malibu outpost.

Boardriders — the parent to Quiksilver, Roxy, DC Shoes and now the Billabong action sports portfolio — on Tuesday night officially celebrated its first U.S. store. It’s experiential retail done for the board sport enthusiast: a ceiling carousel of surfboards moves throughout the store, Wi-Fi inside links to local surf and skate schools, and there are yoga classes on the beach just outside the store doors, art exhibits, a place for local bands to play, a barbershop and eventual café area once the permitting process is completed — all run by store manager and Malibu native Chad Marshall.

“The model started in Europe with Pierre [Agnes], our former chief executive,” said Boardriders president Nate Smith. “That was his dream — creating an experiential model for board riders.”

Malibu joins 12 Boardriders stores in Europe with another two in Australia.

“The model was always to bring it to the States at some point, but it just took time,” Smith said. “When that American Apparel space opened up in Malibu, it was the perfect location for us with its beaches and its point breaks and the California vibe. When you think about Malibu and the iconic Hollywood surf film area, the Fifties, there’s few locations that capture that….When you look at what Boardriders is all about, it’s really allowing customers to get into that so-called universe inspired by the mountain and the wave.”

More succinctly, these are meant to be community hubs for enthusiasts, Smith said, and it’s also just a reflection of the changing tides in retail.

A customer who grabs a coffee from the lounge and then goes out to sit on the balcony of the store is far more engaged, Smith said, than perhaps one who walks through the door, sees a bunch of clothes and bags hanging from wall racks and then cruises on out. In fact, according to Marshall, plenty of customers have already come through the doors since its soft launch, pulled out a stool at the eventual coffee bar and sat and worked on their laptops while looking out at the ocean.

It’s why Boardriders will continue to grow the model, although the pace is measured. In the U.S. there will be more stores opened, but these are larger format stores that require greater capital expenditures, pointed out Smith. The U.S. team also leaned on the expertise of their European counterparts to ensure they got the concept right Stateside. The site selection is also much more thoughtful since, after all, it’s nice to be close to something like the ocean for someone who buys a wetsuit and a board and then wants to catch a wave. Urban locations aren’t necessarily being ruled out, but over the next 24 months any other stores would be similar in location to Malibu, according to Smith.

The goal is to open, on average, one Boardriders store per year in the U.S. No additional locations outside the country are currently on the books for the company either, Smith confirmed.

That would make sense as Boardriders comes off its official closing of its acquisition of Australia-based Billabong International Ltd. in a deal that now links the board sports industry’s two largest players and multibrand portfolio holders. The deal now brings brands such as RVCA, Element, VonZipper and Xcel under the same ownership group in Los Angeles-based investment firm Oaktree Capital Management, which acquired a majority stake in Boardriders — formerly called Quiksilver Inc. — out of bankruptcy in early 2016.

The deal, which officially closed last month, would no doubt pad the shelves of Boardriders stores moving forward with an even greater assortment housed behind its doors.