The tennis brand was founded in 1973 and is known for its Japanese maple-leaf logo. 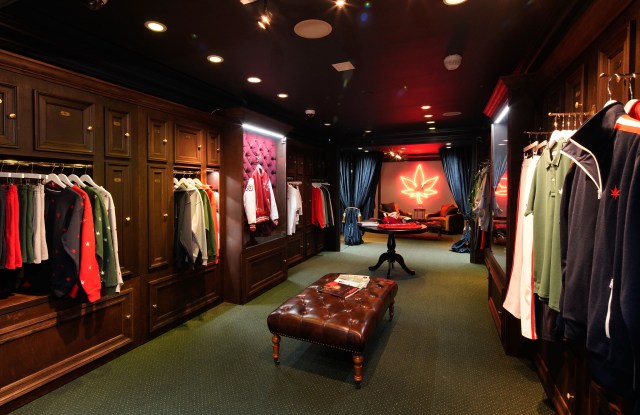 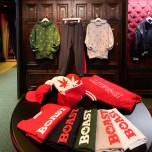 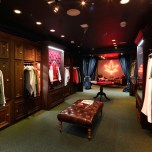 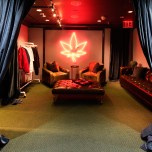 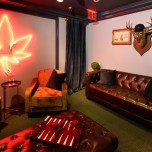 The brand, which was founded in Greenwich, Conn., in 1973 and is known for its Japanese maple-leaf logo, has opened a 1,000-square-foot store at 694 Madison Avenue at 62nd Street.

The boutique, located next to Hermès and Hublot on the upscale shopping street, marks the first true retail play for Boast’s chief executive officer, Teddy Bretschger, who purchased the label a little over a year ago.

Bretschger dipped his toe into the retail waters earlier this year by opening a Boast pop-up at the Kith store on Lafayette Street during the U.S. Open. He said the pop-up was successful, with many of the pieces selling out, which encouraged him to take the plunge into a permanent space.

“We thought it would be fun to take Boast, which was a staple of country clubs in the Seventies and Eighties, and present it in a more natural environment,” he said. So the shop has a ping-pong table in the front, a lounge with leather ottomans and a backgammon table in the rear, and cases on the walls showcasing vintage-inspired coach’s jackets with the brand’s maple-leaf logo.

Since purchasing the brand in October 2017, Bretschger has added more fashion pieces to complement the performance-skewed offering.

Bretschger, with a group of investors, bought the brand from John Dowling, who had acquired it from the founders — a group of Ivy League squash and tennis players from Greenwich — in 2010. Dowling had worked with Andy Spade as a creative consultant along with Ryan Babenzien, who served as chief executive officer, and his brother Brendon Babenzien, who owns Noah, on the men’s wear.

“The former owners did a good job of bringing back the brand, which had been hidden for a long time,” Bretschger said. “But they took a very literal interpretation of the tennis market and we want to move beyond that and expand on the Ivy League heritage of the founders.”

So to augment the tennis whites, Boast offers a “reimagined tennis hoodie” with small Japanese maple leaf logos all over it; coach’s jackets created through a collaboration with Golden Bear; chinos; T-shirts; baseball caps; sweatshirts, and sweatpants. Its bestseller is still the warm-up jacket, which retails for $140, and its signature item is the polo, which sells for $95.

Unique to this store are the Stubbs & Wootton slippers, weekender bags and dopp kits, and Prince tennis racquets and balls. “There are a few more in the pipeline with American brands that will reinforce our background and roots,” Bretschger said, adding that he’s planning to name some brand ambassadors from the tennis community to further market the name.

Although Bretschger’s background is primarily in finance, he also has solid fashion experience — and some high-profile friends. He worked with his wife, Elizabeth McKay, on her women’s wear line as well as Dee Ocleppo, Tommy Hilfiger’s wife, on her accessories line, which was eventually sold to Kate Spade. “I also worked with Tommy on some of his other brands, but this was a chance to branch out on my own,” Bretschger said.

He grew up in Greenwich and was a tennis player, so he was familiar with the brand from a young age. “All there was at the time was the Izod alligator, Fred Perry, which was for the elite, and the Boast maple leaf,” he said. “And Boast was the coolest of the three.”

Bretschger is hoping Boast will be able to capitalize on the popularity of the preppy movement. “Look at Tommy and Kith, Palace and Ralph [Lauren],” he said. “Everybody is looking to partner with preppy brands.”

He opted to open a store on the Upper East Side because the location fits into the brand’s “origins in country clubs,” he said. This is its only brick-and-mortar location, although the collection’s performance pieces are still wholesaled at country clubs around the U.S. “It’s important to retain that business,” he said.

If the Madison Avenue store is successful, Bretschger will explore others in additional cities. “If it goes well, we’ll look at other markets where the brand does well for us,” he said, singling out Los Angeles as tops on that list.

The Boast Madison Avenue store will have a grand-opening event on Wednesday night before its official public unveiling on Thursday.