Regional department store is upgrading its merchandise and adding more exclusives as part of its turnaround efforts. 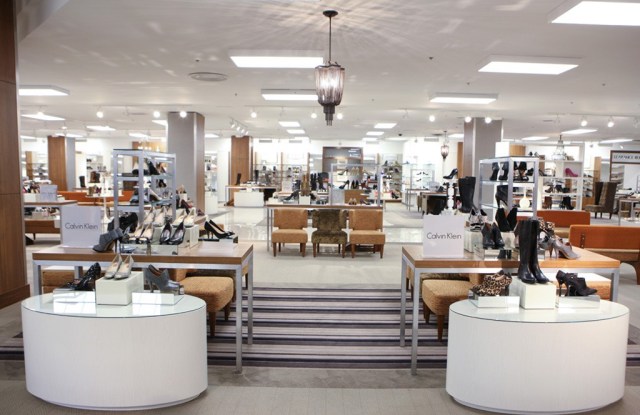 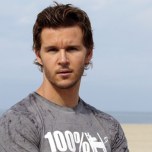 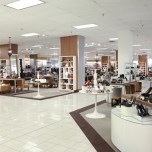 The Bon-Ton Stores Inc. has weathered some tough times in recent years, a reflection of its markets, where unemployment spiked as high 23 percent during the recession.

In response, the retailer has been making merchandising changes it hopes will help improve its performance. “Our comps have been a little difficult,” admitted Bud Bergren, president and chief executive officer of The Bon-Ton Stores. “To answer that, we’ve put some strategies in place,” including updating assortments, introducing exclusive designer collections and even remodeling bathrooms in stores.

Two Bon-Ton units in Lehigh Valley, Pa., have been designated as test stores. Billboards and mailers reading “Rediscover Bon-Ton” appealed to local customers. “We picked these stores because they’re in our toughest market,” Bergren said. “We did minor remodels. We’ve changed our inventory so now it’s more updated than traditional.” Bergren cited new brands such as Anne Klein, Calvin Klein and Michael Michael Kors. Shoe departments in 13 stores will double in size, with the goal of growing the category to 10 to 11 percent from 7.5 to 8 percent. New shoe resources include Jessica Simpson and Lauren Ralph Lauren.

“We retrained sales associates with our ‘Customer First’ program,” Bergren said. “We added hours and tested a dress code.”

Bergren wants to grow private brands, which account for 20 percent of total apparel volume, to 25 percent. Victor by Victor Alfaro in the spring will move into the home arena with Casa, with accessories and shoes to follow.

“We eventually want to roll John into some other categories,” Bergren said.

With the launch of Mambo, an Australian surf and streetwear brand for women, juniors, young men and children, Bon-Ton is getting, dare we say, edgy. Bon-Ton is the exclusive U.S. retailer for Mambo, which will bow in the spring. “That customer hasn’t shopped a regional department store,” Bergren said. The retailer tonight is hosting a party at Drive Studios in Manhattan, attended by Ryan Kwanten, a star of HBO’s “True Blood” and Mambo’s brand ambassador. Chris Bletzer will be spinning tunes, The Ill Fits will play a few sets, and there will be live skateboarding and a taco truck. Pretty hip for a company from York, Pa.

Bon-Ton posted losses in three out of four quarters in 2010, but ended the year with a profit with sales up almost 1 percent. But the momentum slowed in the first half of 2011. The retailer posted a loss of $36 million in the first quarter and $32.3 million in the second quarter, while same-store sales fell 1.2 percent and 1.5 percent, respectively.

Bon-Ton, which operates eight nameplates, is trying to streamline its monikers. The retailer in July converted 12 Elder-Beerman stores to Carson Pirie Scott in Indiana, Illinois and Michigan. “This will be a major benefit in our marketing strategy,” Bergren said.

The company on Tuesday said it has decided not to renew two store leases, a namesake unit at the West Manchester Mall in York, Pa., and an Elder-Beerman store at the Northwest Mall in Dayton, Ohio. The leases expire in January and February, respectively. The 52 Bon-Ton associates and 56 Elder-Beerman employees will be given the opportunity to interview for other positions in the company.

But Bon-Ton is selectively opening new units. The company on Nov. 9 will unveil a Carson’s unit at the Markland Mall in Kokomo, Ind., and a Herberger’s in the Southdale Center in Edina, Minn.

“We scaled out our cap ex over five years. The initial results are very good. This was a major initiative,” Bergren said referring to the store improvements and assortment upgrades. While the long-term effect of the changes on business remains to be seen, there’s one step Bergren seems disinclined to take — more acquisitions. “Historically, we’ve been a leveraged company and we’ve grown through acquisition,” he said. “We’re getting the current core stores on trend and paying down our debt.”