In a surprising high-level reorganization, the Toronto-based retailer is expected to soon unveil new roles for Brooks and Liz Rodbell. 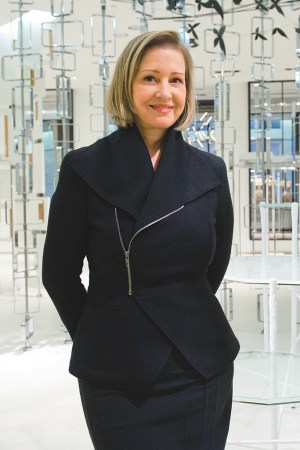 In a surprising high-level reorganization, the Toronto-based Hudson’s Bay Co. is expected to soon unveil new roles for Bonnie Brooks and Liz Rodbell that will take effect at the beginning of 2014.

Sources said Brooks, currently president of the Hudson’s Bay and Lord & Taylor divisions, will become vice chairman of the parent Hudson’s Bay Co. The gregarious Brooks has been very visible in the fashion markets and in the stores, but will be assuming a more strategic, lower-profile advisory role working with chief executive officer Richard Baker. “She’ll be working closer with Richard on long-term growth strategies,” said one source.

Rodbell is said to be stepping up from executive vice president of Hudson’s Bay and Lord & Taylor to president of the two chains, thereby deepening her involvement in the day-to-day operations. She continues as chief merchant, overseeing the buying teams, and will add marketing, e-commerce and planning, which have been reporting to Brooks. In addition, she will report to Baker, instead of Brooks.

HBC officials declined comment on the changes. Speculation on the reasons for the appointments ranged from HBC’s desire to hang onto its top executives by reassigning them and locking them into new contracts, to Brooks, at 60, wanting to take it easier. There was also speculation that Brooks hasn’t been happy in her current role, triggering the reassignment. But a source close to the situation stated flatly, “That is not true,” adding Brooks joined HBC in 2008 planning to stay five years.

Sometimes in retailing when a vice chairman position is created, it’s actually a prelude for retirement, or a holding slot for some future job.

Brooks and Rodbell are highly regarded veteran retail executives and are key to pumping up productivity and launching new formats at Hudson’s Bay and Lord & Taylor. Hudson’s Bay is busy renovating stores, rolling out Topshops and omnichannel initiatives, and launching Kleinfeld’s bridal in Canada, while Lord & Taylor has begun opening stores again and renovating its Fifth Avenue flagship.

Since 2012, Brooks has been president of the $4 billion HBC, overseeing the merchandise, marketing and store operations of Lord & Taylor and Hudson’s Bay. As vice chairman, she will no longer oversee those areas. Chief operating officer Don Watros will pick up the store operations.

Before 2012, Brooks was president and ceo of just the Hudson’s Bay division. Earlier, she was president of the Lane Crawford Joyce Group based in Hong Kong, supervising four divisions in nine Asian countries — the Lane Crawford department stores, Joyce Boutiques, Pedder Specialty Group and the LCJG Distribution Co. Before Lane Crawford, Brooks was Holt Renfrew’s executive vice president and general merchandise manager. Those experiences helped her establish strong ties to designers and high-end vendors, which is partly why Baker wants Brooks around. Earlier, she served as editor in chief of Flare, Canada’s largest fashion and lifestyle magazine.

HBC is considered a potential buyer for Saks Inc., which is up for sale, though there are no indications that the group has a leg up on other suitors or that a deal is close. Yet a Saks-HBC combination makes sense on a few levels. First, Baker likes Saks. He’s met with the retailer’s executives in previous years to discuss a possible takeover, and as a real estate executive turned retailer, he’s naturally interested in Saks’ properties, particularly the Fifth Avenue flagship, which is worth over $1 billion.

Second, it would be a good fit. Saks doesn’t compete with Hudson’s Bay and has a different clientele than Lord & Taylor. Also, Saks’ profitability rate would be likely to increase once it became part of HBC’s centralized portfolio of retail businesses and consolidated staff and back-office functions.

Neiman Marcus Inc. is also in play, with owners TPG and Warburg Pincus looking to either sell the luxury chain or take it public.

In the event of an HBC acquisition of Saks, Brooks and Rodbell would be much-needed helping hands, considering their experience.

HBC’s business this year has been uneven. In the quarter ended May 4, the company lost money on both a net and “normalized” net basis, which excludes restructuring, acquisitions and certain costs outside of day-to-day operations, though the company succeeded in narrowing the losses from last year. The 90-unit Hudson’s Bay division in Canada last quarter saw same-store sales grow 7.6 percent, while sales at the 48-unit Lord & Taylor in the U.S. declined 1.4 percent on a U.S.-dollar basis.