The children’s wear purveyor has set a 2,100-square-foot pop-up unit for six months. 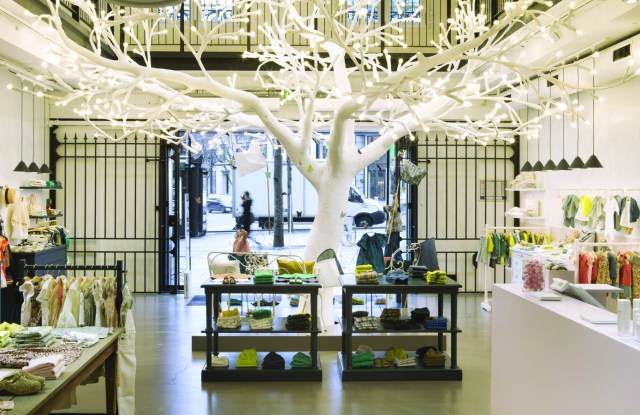 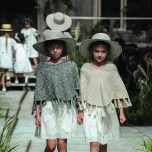 PARIS — Bonpoint is trying something new on for size: Robust street traffic.

The upscale children’s wear chain has set a 2,100-square-foot pop-up unit on the Avenue des Champs-Élysées, the famous thoroughfare that attracts an estimated 700,000 people every week.

“It’s doing amazingly well, but it’s not a surprise,” said Hugues de la Chevasnerie, Bonpoint’s chief executive officer. “It’s one of the most important streets in Paris. It was a big opportunity for us to increase our notoriety and make the brand more visible.”

The surprise was finding that roughly 70 percent of customers to date are French, not tourists, suggesting the brand can attract new slices of the local clientele.

A large tree — painted white and lit as if it were Christmas — anchors the space, beckoning shoppers to browse its children’s clothes, teen label YAM, accessories and beauty products.

He declined to give numbers, but said the unit should generate revenues at the level of one of its global flagships, on Avenue Montaigne in Paris or Madison Avenue in New York.

The brand, which marked its 40th anniversary last year, operates 113 stores, including nine locations in the French capital.

Yet de la Chevasnerie said his focus is on increasing organic sales rather than space expansion. Last year, the firm opened only a couple of units, and was able to log revenue gains of 20 percent. He noted the firm is still tracking double-digit growth since the beginning of the year, despite disruptions to tourist flows in the wake of terror attacks in Paris and Brussels.

The executive, previously ceo of Burberry Fragrances, also plans to develop Bonpoint’s cosmetics and scents by widening distribution beyond its own stores. He noted he’s in talks with possible distribution partners.

On the communications front, Bonpoint plans to again live stream its next fashion show during couture week here in July to broaden brand awareness. The online broadcast of its fall 2016 show in January netted some 2.5 million media impressions, de la Chevasnerie said.