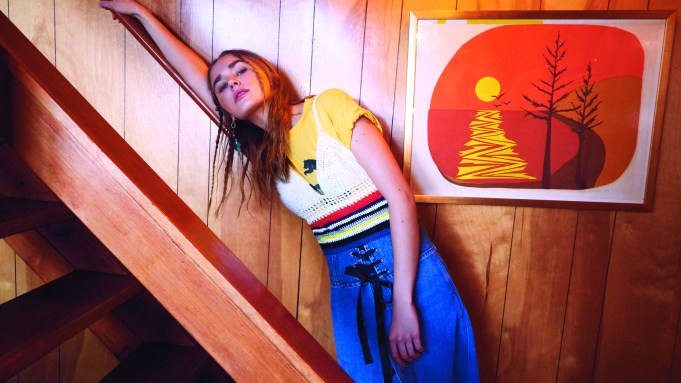 LOS ANGELES — A whirlwind, really. That’s the best way of summing up the past few months for Boohoo.com plc.

The Manchester-based e-commerce company ballooned to a multibrand portfolio and immediate toehold in the U.S. market in a matter of weeks with the closing of its purchase on a majority of the company operating online brand PrettyLittleThing, which was followed by the closely watched purchase out of bankruptcy of Nasty Gal’s intellectual property.

“It’s busy,” said Boohoo co-chief executive officer Carol Kane. “Two acquisitions weeks apart. We’re only in May and what’s very exciting is we’ve gone from a single brand to a multibrand in that period. For me, that’s the story. It’s not necessarily about Nasty Gal or Boohoo or PrettyLittleThing. It’s more a decision that we’ve made in a very short time from running a single e-commerce brand to running several in a matter of months.”

While Kane called the two deals organic, they were also good timing.

“It wasn’t pre-meditated necessarily or planned in any big, meaningful way,” she said. “We as Boohoo hadn’t evolved an M&A strategy, but Nasty Gal was always there when we were looking at brands in territories which were important to us….I’d always looked at it. I’d always loved it and the rest is history. They got into the trouble they got into and we were there. I hadn’t necessarily considered buying the whole business at any stage. We felt it had great brand awareness. We bought the IP and we bought the customer list.”

Nasty Gal, the Los Angeles digital darling founded by Sophia Amoruso that at one time was seen as an e-commerce phenomenon, filed for bankruptcy in November, the product of its own successes as its sluggish operational capabilities failed to keep pace with its rapid growth. Now, Boohoo is charged with breathing new life into the brand.

When Boohoo acquired the company, it inherited nothing in the way of employees, warehousing, customer service or inventory. The team had already shrunk considerably with the exodus of many workers leaving throughout the course of the bankruptcy. Boohoo decided to centralize buying and the e-commerce teams out of the U.K. To maintain the essence of the brand, the company took on a Los Angeles-based director of brand marketing, editorial director and a creative director, all of whom then brought back additional recruits to report into them.

There was about two hours of downtime from the point in which Nasty Gal under its old ownership switched the lights off so to speak on its online shop and when Boohoo relaunched it with about 400 styles. The site’s now up to more than 1,100 styles and Kane said that number continues to grow each week.

Come fall, when the company presents its spring collection to the market, it will be a full reflection of the new design and buying team under Boohoo’s ownership, Kane said.

“I don’t think [product] will be exactly the same, but obviously the essence of the brand will still be there,” the ceo said.

Price points will be lower, but that’s largely driven by the fact that the company will no longer stock third-party or vintage brands as was the case under former ceo Sheree Waterson and Amoruso. The thinking is those brands were never exclusives to the site, Kane said, so why sell them on Nasty Gal? Whether those moves might help to attract new customers who perhaps thought Nasty Gal was out of their price range remains to be seen.

“I can only work on the successes that I’ve seen with our other brands and I think the U.S. market is very sensitive to price. I think that’s a given pretty much so it’s not going to be ultra cheap, but it’s going to be good value,” Kane said.

Another difference between Nasty Gal in its new life phase is that Boohoo will keep the leash tight on distribution. E-commerce is the main attraction and there is no consideration for brick-and-mortar or growing the brand at wholesale at the moment, Kane confirmed. That’s in keeping with the rest of the company’s portfolio. The Boohoo and PrettyLittleThing brands have modest distribution on other online shops such as Asos, but it’s a small part of the overall business, Kane said.

“I think our competitive advantage is, because we’re only online and we don’t tie ourselves to stores, we’re able to release lots of new lines,” Kane said. “Collectively, we’re testing lots of new things all the time and then just capitalize on the best. If you have stores where you have to buy very deep, you’re actually putting some risk into your business. We have no fashion risk this way because all of the orders are shallow buys and that’s the way consumers are starting to look at things. They want new arrivals. They want to see what’s happened that week and that’s the real advantage. You need to keep the web site very, very fresh. It’s hard to keep bricks-and-mortar fresh and changing weekly.”

As for what’s next, TV spots for Nasty Gal in the U.K. were recently deployed, marking the company’s official launch in Great Britain. More marketing will follow. As for M&A and more acquisitions for Boohoo any time soon? “Not just yet,” Kane said.

For More Retail News in WWD:

Turnstyle Adapts in Its Subterranean Setting