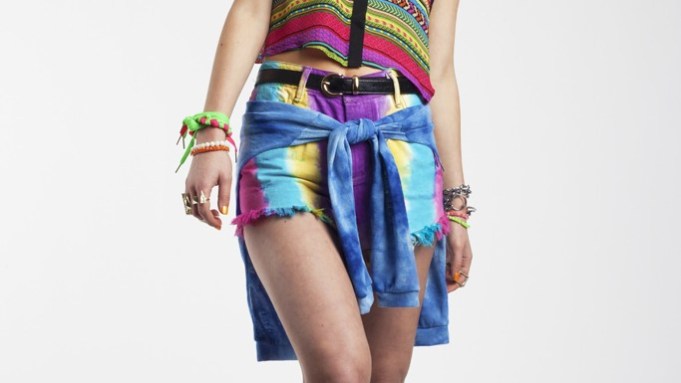 British fast-fashion e-tailer Boohoo.com is re-creating famed Manchester nightclub Haçienda on Thursday in New York to promote the recent launch of its U.S. site. Set in a former firehouse on Lafayette Street, the one-night-only party is meant to evoke the rave and house music scene of the Eighties and Nineties that turned Haçienda into a legendary club venue. Among other claims to fame, Madonna played her first U.K. gig there in 1984.

Based in Manchester, Boohoo launched a U.S.-specific site in the fall and is gaining traction here with its wide-ranging selection of inexpensive, private-label styles for an 18- to 25-year-old target demographic, said co-chief executive officer Carol Kane. At any one time, the site offers 8,000 items, such as body-conscious dresses, denim, skirts and footwear, with 100 new choices added every day. The majority of its merchandise sells for between $20 and $50, with a higher-end Boohoo Boutique line offering more intricate designs and tailored styles that sell for up to $150.

The site is on track to ring up sales of $30 million to $50 million in the U.S. in the current fiscal year ending Feb. 2014, said Kane. Total global company sales are on track for sales of $330 million, up from $150 million last year.

“Our concept and selling point is all about the latest fashions and trends at a great value,” said Kane. About 95 percent of sales are in women’s and five percent in men’s, with that latter figure expected to grow to about 10 percent this year.

The company relies on a robust sourcing network to turn around a production order “from concept to closet” in four to six weeks. It operates sourcing offices in China, India, Turkey and the U.K.

Last year, Boohoo acquired a 150,000 square foot warehouse distribution center in Burnley, outside of Manchester, from which it fulfills global orders. “That’s probably the best thing we’ve done for our future,” said Kane.

Boohoo was launched in the U.K. in 2006 by Kane and co-ceo Mahmud Kamani. The company’s roots stretch back to the Eighties, when Kamani’s father, Abdullah Kamani, founded Pinstripe Clothing Co. as a supplier to British high-street fashion chains. The Kamani family and Kane now own Boohoo with a handful of other investors, via a parent company called Wasabi Frog Ltd.

The U.S. site is customized to this market with prices in dollars and appropriate sizing conversions. The company has run a television campaign since the fall on MTV, the E network and Fuse to market the brand in the U.S.

DJs Graeme Park and Marshall Jefferson from the glory days of Haçienda are flying over from England to man the turntables at the Thursday event. “I’m a Haçienda girl myself. I’m old enough to have known it’s first go-round,” quipped Kane.