In a city steeped in superlatives, retailers and developers keep pushing the envelope.

By Miles Socha and Ritu Upadhyay on June 10, 2014
View Slideshow 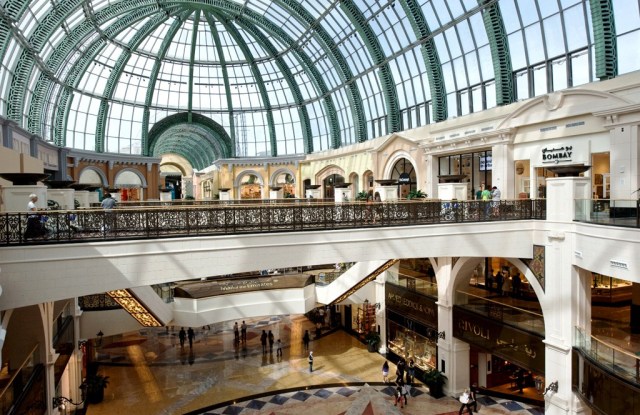 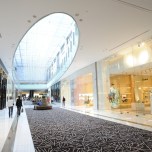 DUBAI — In a city steeped in superlatives — home to roughly a fifth of the 100 tallest buildings in the world — retailers and developers keep pushing the envelope.

The two largest shopping meccas, The Dubai Mall and Mall of the Emirates — which together attracted some 117 million visitors last year — are feverishly expanding and sprucing up to meet rising consumer expectations, surging tourist and immigration flows, and the threat of even bigger, more spectacular malls on the horizon.

“Dubai is now a global center for retail tourism,” declared George Kostas, chief executive officer of Majid Al Futtaim Properties, which operates 17 malls in the Middle East and North Africa, including its flagship Mall of the Emirates, which last year recorded a 12 percent bump in revenue and footfall — and boasts a waiting list of some 200 brands, including some not yet present in the Persian Gulf. “All indications are that the trend will continue this year, and for years to come. Dubai’s been incredibly successful in the way it is marketing itself to the rest of the world.”

Kostas trumpeted strong growth — mostly at double-digits — across all retail categories, with fashion, jewelry, electronics, home wares, food and beverages among the standouts.

“The question is what isn’t growing,” said the executive, an Australian transplant who also oversees almost a dozen hotels, including a new 370-room Hilton Garden Inn unit to be built adjacent to the Mall of the Emirates, which spans more than 560 brands, almost half of them devoted to fashion.

Kostas hastened to add that retail development in Dubai is “not a case of ‘Build it and they will come.’” Rather, he said, retailers and developers “have to get far more sophisticated in understanding the customer.…As retail property owners, we need to understand how the market is changing, how the mood is shifting.

“The reality here is that, unlike anywhere else in the world, malls are not just malls,” he explained. “They really are town centers. They’re social and entertainment hubs as much as they are places to go and shop.”

Mall owners are now focusing on the contemporary fashion segment, having initially devoted their resources to luxury.

“It’s proved to be very successful over the last few months of trading,” Kostas said of the remixed zone.

Meanwhile, The Dubai Mall, already the city’s biggest, housing more than 1,200 retail nameplates, is constructing 1 million square feet of new space as it angles to add 150 more brands and surpass 100 million visitors in the next three to four years.

“Dubai’s traditional sectors of retail, tourism, aviation and real estate are now growing from strength to strength, on par with the city set to grow at a staggering 5 percent this year,” said Ahmad Al Matrooshi, managing director of Emaar Properties, owner of The Dubai Mall, Souk Al Bahar, Dubai Marina Mall and Gold & Diamond Park, along with a host of hotels, resorts and residential properties. “The performance of these sectors has further helped the city establish its credentials as a safe investment destination, as well as a burgeoning business and leisure hub.”

Last year, The Dubai Mall welcomed 75 million visitors, a 15 percent increase over 2012, and tenants recorded a 26 percent rise in sales. Emaar estimates more than half of all luxury goods sold in Dubai are purchased at the giant mall, located at the foot of the Burj Khalifa, part of the company’s master development of the downtown Dubai district and one of its trophy assets.

Last week , Emaar Properties revealed plans to list 25 percent of its retail subsidiary, Emaar Malls Group, on the Dubai Financial Market. Although details of the initial public offering have yet to defined, the listing is expected to raise between $2 billion and $2.5 billion.

Emaar’s retail, hospitality and leisure businesses generated revenues of $366 million in the first quarter of 2014, a 15 percent increase versus a year ago, as visitor numbers at The Dubai Mall approached 21 million in the three-month period.

“We are confident that the city’s positive growth will continue to drive its position as one of the world’s most sought-after international destinations,” Al Matrooshi added.

According to Nicholas Maclean, managing director, Middle East region, for real estate consultancy CBRE, one of the chief inhibitors to Dubai’s retail juggernaut is a shortage of space. About 6 million additional square feet of retail space in Dubai are due to come onstream by 2017, he said in an interview.

There has been talk of even bigger projects on the horizon, with Dubai’s ruler, Sheikh Mohammed bin Rashid Al Maktoum, floating the idea of the Mall of The World, a massive shopping center meant to be part of a larger project encompassing parks, golf courses and up to 100 hotel facilities.

According to Maclean, that announcement, suggesting Dubai needs to scale up to meet its future ambitions, did not raise much alarm among retailers.

“It keeps developers on their toes,” he said. “To create something that becomes a destination, the developer has to be very bold and adventurous.”

He noted, “The market has demonstrated its capacity to absorb new retail space.”

Patrick Chalhoub, co-ceo of luxury retailer Chalhoub Group, recalled that when The Dubai Mall opened in 2009, leasable retail space in the city immediately leapfrogged by about 20 percent. Five years later, there are probably enough brands on the waiting list to double the mall’s size.

Like many key executives here, Chalhoub shrugged at the prospect of a monster development coming onstream. “We will have to give other opportunities because the market is growing,” he stressed.

However, Chalhoub Group research acknowledges that in Dubai, “there has been definite cannibalization of older malls.”

According to CBRE, mall operators are increasingly incorporating turnover clauses into lease agreements, meaning rents and space in malls are linked to sales performance. When sales fall, retailers are pushed out.

In order to rejuvenate underperforming areas of malls, operators may bring in amusement-park attractions — or remerchandise or reposition the offer.

For example, at The Gate Village at DIFC (Dubai International Financial Center), a number of high-end fashion stores, including the multibrand operator Villa Moda, were replaced with art galleries and high-end restaurants and bars. Meanwhile, The Boulevard at Emirates Towers, one of Dubai’s original luxury fashion destinations, is now dominated by upscale dining options.

Chalhoub lauded leaders in Dubai, a constitutional monarchy, for being good listeners, and bold decision-makers. And he credits the country’s real estate crisis in 2009, accompanied by an economic slowdown, for turning the focus back on Dubai’s historic role as a hub — for transportation, goods shipments, retail and other knowledge-based industries.

“Dubai has reclaimed this hub position for the greater Gulf — and as a gateway to Africa and Asia,” said Chalhoub.

He cited an agility among leaders and developers that has fanned growth in Dubai, with airlines bringing in greater and more diverse traffic, and retailers expanding store hours to accommodate the habits of visiting nationalities, such as Saudis, who prefer late-night browsing.

The top five visitor nationalities to Dubai last year hailed from Saudi Arabia, India, the U.K., the U.S. and Russia, with Chinese the fastest-growing nationality among the top 10, and Saudi visitors spending on average $8,500 a visit, according to data from Dubai’s Department of Tourism and Commercial Marketing.

Maclean allowed that the flow of Russian tourists is down “substantially” due to the political crisis and that country’s economic woes, but that growth in other nationalities would easily offset them. Low-cost airline Fly Dubai, for example, is ensuring inflows from North Africa.

American brands, traditionally slow to expand overseas due to the scale of the domestic market, or reluctance to pursue franchise arrangements, are paying more attention to the Middle East, with Abercrombie & Fitch and Apple among major retailers said to be arriving soon. Executives from contemporary firms Theory and 3.1 Phillip Lim were recently in town meeting potential partners, according to sources.

“Today we are seeing much more [American brands] coming because Dubai is one of the cities in the world that counts,” Chalhoub said. “The market is very dynamic. Contemporary is happening; shoes are happening; kids is happening.”

While the Middle East region accounts for about 3 to 5 percent of the luxury market, the clientele represents up to 10 to 12 percent of the business for some brands, comparable to the Japanese, according to Chalhoub. He said the region’s young, well-educated population bodes well for the future, noting that some 110,000 Saudi students are attending colleges in the U.S., roughly triple the number before the Sept. 11, 2001 terrorist attacks.

Dubai’s retail spend is expected to hit 151 billion dirham, or $41.1 billion, by 2015, with tourism credited for 60 percent of the luxury market and 20 percent of the branded market, according to data from Bain & Co. and the government’s media office.