Recession? Boston didn't get the memo. Retail growth is galloping ahead in the metropolitan region after a decade of lagging behind the rest of the U.S. 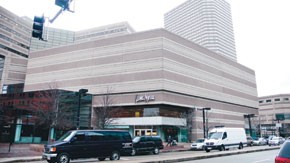 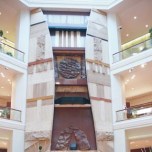 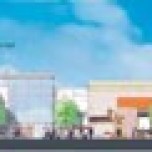 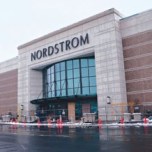 Retail growth is galloping ahead in the metropolitan region after a decade in which it lagged behind the rest of the U.S. New players have elbowed in, luxury stores have been built and old landmarks, like the Filene’s complex downtown, are in the midst of major overhauls.

Nordstrom is opening four stores in the region. In the last few years, other high-end players such as Barneys New York, Ferragamo, Jimmy Choo and David Yurman have taken space in Copley Place, and Christian Dior and Louis Vuitton expanded their stores there. Neiman Marcus opened last year in the Natick Collection center along with Burberry and Michael Kors, and the Bloomingdale’s store in The Mall at Chestnut Hill was renovated in late 2006.

The development push is epitomized by Simon Property Group’s decision to invest more than $450 million during the next four years to renovate and expand Boston-area malls. About 1 million square feet of space will be upgraded and reconfigured, said Rick Sokolov, president and chief operating officer of the $3.6 billion Indianapolis-based company.

“We are investing more capital in the metro Boston area than probably any other portion of the country now….We’re seeing our malls in greater Boston maintaining and growing market share,” he said. “We have six to seven projects under way that all have high productivity.”

Amid the U.S. economic slowdown, Boston stands out because its core industries, including education and health care, are stable and sectors such as bio- and nanotechnology are growing. The region always has been affluent, but land scarcity and bureaucratic red tape made development tricky. The absorption of former May Department Stores Co. units under the Macy’s Inc. nameplate freed up more real estate here than anywhere else in the country.

Blake Nordstrom, president of Nordstrom Inc., said the scale and scope of the Seattle-based retailer’s entry into the Boston area — with the four mall stores operating by 2010 — contrasts with its typically cautious approach.

“We went from 20 to 25 years of truly trying to get into the market, to all of a sudden it falls into your lap to have four stores,” he said. “It didn’t take much debate on our end to jump on the opportunity.”

Nordstrom opened its first Boston-area store last year in Natick Collection, a General Growth Properties project in Natick, Mass. It will launch its second, third and fourth doors in Simon properties, starting with a March 28 opening in the Burlington Mall followed by Northshore Mall in Peabody, Mass., in 2009 and South Shore Plaza in Braintree, Mass., in 2010. Nordstrom will anchor new wings of the Burlington and Northshore malls.

Simon’s plans for Boston are ambitious during a period when fewer malls are being built in the U.S. and Simon is being cautious about what it agrees to develop. It will overhaul the downtown luxury mall Copley Place and is considering whether to add a high-rise residential tower to the property. It also is expanding two regional malls, Burlington and Northshore, and renovating South Shore Plaza. In 2006, Simon spent $5.2 million to renovate The Mall at Chestnut Hill in Chestnut Hill, Mass.

In downtown Boston, Vornado and Gale International have planned a $600 million redevelopment of the former Filene’s complex for retail and other uses.

Space in Burlington, Copley Place and Chestnut Hill rents for $100 to $150 a square foot, which is about the going rate for the most desirable blocks of Boston’s fashionable Newbury Street, mall tenants said.

Simon’s Boston-area malls are well positioned along the I-95 commuter belt and are helped because metro Boston doesn’t have a surplus of malls.

Luciano Manganella, who ran more than a dozen Jasmine Sola contemporary stores before parent New York & Company Inc. shuttered the concept, said Jasmine’s Burlington store did about $700 a square foot and The Mall at Chestnut Hill unit had sales of $1,700 a square foot.

Preparing a new contemporary and activewear concept, Mix and Company, Manganella and his wife, Stacey, said reclaiming their former spaces in Chestnut Hill and Burlington is crucial.

“Burlington is in the upper ranks of our properties,” Sokolov said.

But, as the nation tries to avoid recession, is this a wise time to be building stores?

Some local economists said although 2008 may not be a growth year, Boston isn’t in danger of a major setback.

Paul Bachman, director of research for the Beacon Hill Institute, the economic research arm of Suffolk University, said Massachusetts was slow off the blocks in the post-9/11 recovery.

“We also weren’t building like crazy and so housing hasn’t been as big of a problem, and our core industries, like universities and health care, are stable,” he said. “We tend to be somewhat more recession-proof than, say, a California or Florida.”

Alan Clayton-Matthews, professor of economics at the University of Massachusetts, said Bay State products and services, including scientific research and pharmaceuticals, are sold globally. “With the world population aging and global incomes rising, the long-term outlook for the region is solid.”

Bank of America analyst Christy McElroy noted in a Feb. 1 research note that she was “more cautious on retail REITs [real estate investment trusts] near-term” but chose Simon as her top stock pick. “We favor Simon as a defensive, low-risk growth story, uniquely positioned to maintain a solid growth portfolio despite a softer consumer,” she wrote.

Nonetheless, there are hints of some slowed spending in metro Boston.

Burlington Mall had high-single-digit sales increases leading into the fourth quarter last year, but the numbers got a bit “spongy” in the final quarter, said mall general manager Rick Tonzi.

Betty Riaz, who owns high-end Stil boutiques in The Mall at Chestnut Hill and Natick Collection, said her Chestnut Hill boutique is humming. Business has been tougher in Natick, which opened to stellar traffic in the fall. She plans to remerchandise and speculated customers are more geared to well-known brands like Nordstrom and Louis Vuitton. Executives for both companies said their Natick Collection units were outperforming expectations.

“Even in a slightly softening market, we have not seen that in Boston so far,” said Blake Nordstrom.

“If we could add 100,000 square feet to The Mall at Chestnut Hill, we could lease that,” Sokolov said.

Simon plans to begin a renovation of Copley Place next year.

In the fourth-quarter earnings call, Simon Property Group chairman David Simon said the company was going through approval processes to build a residential and retail tower atop Copley. He said the company might be sensitive to the overall economic climate in timing a tower project. A spokesman declined further comment and no building plans have been publicly filed.

Marty Walz, a Democratic state representative for the Back Bay, where Copley is located, said Simon’s draft proposal calls for a 50-story tower atop the Neiman Marcus store. Several market sources said the Dallas-based retailer has been eager to expand its Boston unit. Neiman Marcus did not comment.

Copley Place, which has not been substantially remodeled since opening in 1984, has an Eighties-type appearance, with salmon-pink marble flooring, dark oak railings and brass accents.

Sokolov said a team is working out specifics for Copley’s new look. The Back Bay corridor where Copley is located has been a hotbed for luxury residential development.

Outside the city, Simon is planning or executing large-scale renovations and expansions.

Construction is under way on grand, glassy entrances, restaurants and a wavelike canopy over the food court. The long, narrow mall, cobbled together from Fifties-era strip malls that were enclosed in 1977, has been moving upmarket the past four years, signing tenants such as C.O. Bigelow. Forever 21 will build a 40,000-square-foot prototype store. A new 165,000-square-foot wing will include a 138,000-square-foot Nordstrom. There will be a children’s play area constructed at a cost of more than $100,000.

The Northshore Macy’s has been repositioned. The retailer opened a men’s and home furnishing store in January in a former Lord & Taylor, which allowed the original Macy’s store to boost its shoes and junior assortments, Whiting said.

At Burlington Mall, Lord & Taylor is halfway through a $15 million renovation, Tonzi said, which will make it more competitive with Nordstrom. The new L&T is noticeably higher-end with bright, white marble floors that bounce a lot of light around, contemporary art and poppy-red glass chandeliers.

Simon said it will also be adding a Nordstrom-anchored wing to South Shore Plaza, but construction hasn’t started.

Manganella, who is eager to get Mix and Company launched as a second career act, said the retail growth surprises even him. “After being neglected because retailers thought of us as being in the vicinity of New York, Boston is becoming an unbelievable market,” he said.

Overview: Located in Boston’s tony Back Bay neighborhood. Eighties-era decor is begging for a facelift. Many luxury tenants, including Louis Vuitton and Dior, have done their own cosmetic overhauls. Connected to the largest and second- and fourth-largest Boston hotels, the Prudential Center Mall and the Hynes Convention Center.

Game plan: Simon is drafting a new design for Copley. The company also is pursuing approvals to add a residential and retail tower to the complex.

Game Plan: Site of the last Nordstrom opening (in 2010), South Shore Plaza is slated for a new wing expansion and renovation.

The Mall at Chestnut Hill

Overview: Cosmetic renovations to brighten interior in 2006 in conjunction with the arrival of Bloomingdale’s women’s fashion store in a former Filene’s space. (Bloomingdale’s Men’s and Home Furnishings store already existed in the mall.)