Chinese brand to open a 6,292-square-foot flagship and headquarters on the corner of South Molton and Oxford streets in London. 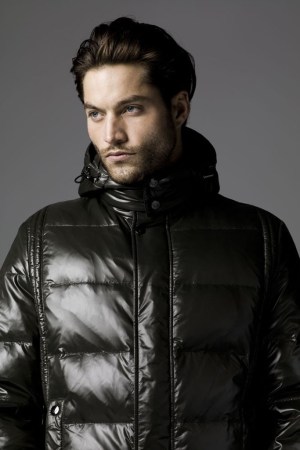 LONDON — Chinese men’s wear brand Bosideng is breaking into the European market with the opening of a 6,292-square-foot flagship and headquarters on the corner of South Molton and Oxford streets here, WWD has learned.

The store, which spans the first three floors, will open at the end of July, in time for the 2012 London Olympics. An announcement is expected later this week.

The store will stock a new, premium men’s wear collection of ready-to-wear and accessories designed by Nick Holland and Ash Gangotra and featuring the brand’s signature down-filled and quilted outerwear.

The holding company operates 8,000 retail outlets across China for all the brands, which include the Bosideng Ricci and Jessie women’s wear brands.

“Following many years of work behind the scenes, we have chosen to launch in London, one of Europe’s most influential fashion hot spots, where we will showcase our expertise,” he added.

The shop fit has been done in collaboration with retail design firm Zebra. “The store’s design creates a clean-cut, masculine interior with the hint of a Chinese theme,” said Jason Denmark, Bosideng’s U.K. director of retail operations. “Combinations of stone, rustic and satin black timbers are set against specialist wall finishes.” Displays are made from a steel framework with a hand-finished bronze effect.