The company launched its first two boutiques, in Florida, after 25 years as a direct-to-consumer business. 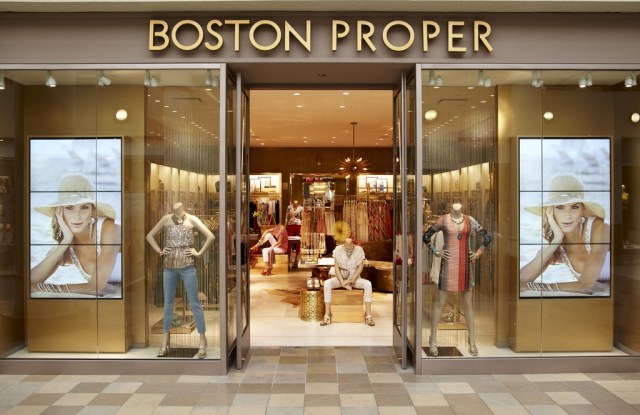 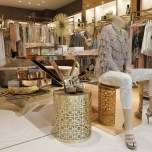 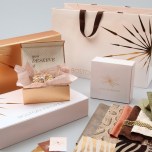 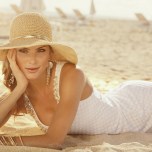 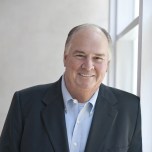 There’s nothing persnickety about Boston Proper despite what the name suggests, and that’s precisely the message behind the company’s brick-and-mortar debut.

Boston Proper launched its first two boutiques, in Florida, in Coconut Point on March 21 and Boca Raton on April 19, after 25 years as a direct-to-consumer business. “We are in the test and learn mode right now,” said David F. Dyer, president and chief executive officer of Chico’s FAS Inc., which purchased the $124 million Boston Proper in 2011 for $205 million. (For more on Chico’s earnings, see story below.)

Two more Boston Proper stores will open this year, in Sarasota and Naples, Fla., and 15 to 20 units are on the drawing board for 2014. Data from Boston Proper’s catalogue and online businesses will guide in selecting locations, which preliminarily seem concentrated in Florida and possibly Texas. “Over the next six or seven years you will see at least 300 stores,” Dyer said. “This could be as big as White House|Black Market or Chico’s in terms of stores.”

“We feel we’re fashion’s best kept secret,” added Sheryl Clark, the president of Boston Proper, addressing the apparent disconnect between the image and the name. “We’re obviously not from Boston. We’re based in Boca Raton. Internally, we joke around we are not proper. Our clothes are sophisticated and sexy but age and fit-appropriate for the woman 35 to 55 who is very confident. She wants to go out and be noticed. It couldn’t be further away from Talbots.”

It’s actually closer to Victoria’s Secret in look and attitude, or as one insider put it, “It’s Cougarville.” Note this season’s crochet bandinis, strapless maxis with thigh-high slits, cowboy sun hats and fitted floral cotton spandex jeans projecting a Beverly Hills or Hamptons chic. The collection is casual but not subtle, and geared for “fearlessly feminine” women, as Clark said.

“The main competition has been Newport News or Victoria’s Secret,” observed Rebecca Duval, vice president for retail and apparel at BlueFin Research Partners. For the misses’ market, “There’s not a lot of brick-and-mortar that’s sexier than Boston Proper.”

“I’ve been getting the catalogue long before Chico’s bought them. I got bored with it but it seems they’ve been modernizing their product,” said Jennifer Black of Jennifer Black & Associates. “There are some great-fitting items and a lot of the merchandise is cute and fun, like the cold shoulders, the sequins, and there’s a lot of lace which is on trend. The prices are reasonable, too,” averaging around $70. Dresses and tops are the biggest sellers, and control-top pants as well as travel pants that don’t wrinkle are popular. “The store format could be successful because Chico’s already knows how to run stores,” Black said.

In separate interviews, the executives running Boston Proper discussed the challenges of trying to depict the brand in four-wall settings, instead of just on the flat pages of the catalogue and the Web site. They said the division had to adopt “an omnichannel mind-set” and undergo a re-branding to focus the image and guide the retail strategy to distinguish it from other misses’ labels like Ann Taylor, Jones, J. Jill, Banana Republic, Liz Claiborne, Talbots, Coldwater Creek and Newport News. Boston Proper also has to be careful not to cannibalize the other labels in the Chico’s FAS portfolio — Chico’s, White House|Black Market and Soma Intimates. Boston Proper’s offering is sexier than Chico’s, more casual than White House|Black Market, and more contemporary compared to other misses’ labels. It’s also less known.

“Boston Proper didn’t have a story. It didn’t have an aesthetic. It just had great clothes,” said Robin Kramer, president of Kramer Design Group, which created the prototype store for Boston Proper, orchestrated the re-branding by creating new packaging, signature colors and a new logo, which is a starburst with spears emanating from the center.

There’s also a story line acting as the brand filter for building stores, developing product and directing the marketing. “She’s a sensuous, daring woman who loves to shop, dresses to look her best for her husband but also dresses for the kids’ soccer game,” Kramer said. “She considers shopping a sport. She’s pretty and wants things in her home and around her to be pretty.”

Working with Boston Proper, Kramer developed an intimate, feminine boutique with a pink champagne palette and lots of shine and sparkle. There is ceramic textured tile with mosaic inlay, snake-print wallpaper in the fitting rooms and crocodile-print blush tissue wrapping paper.

The boutiques are manned by salespeople, who executives refer to as stylists, who get familiar with products across the three selling channels and can research what customers previously bought from Boston Proper, for suggestive selling and to generate larger transactions.

In most retail chains, fitting rooms aren’t the most welcoming. But for Boston Proper, Kramer took an unusual approach. “We are encouraging women to enter the fitting room by adding product to the area,” creating a continuity from the selling floor. There are also armoires in the fitting rooms, for further fashion options.

The most unusual feature in the two stores are “proper tech tables” with built-in computer screens. Sales associates and customers can access styles from the online inventory that may not be on the premises. The stores stock 60 percent of the assortment and get major deliveries every three weeks. At the Coconut Point store, over 10 percent of the sales are off the tech table.

A shopper’s “wish-list” created from her home can be accessed from the tech table, so associates can pull together the selections before the customer arrives at the store, for faster service. The tech table also shows fashion videos and trends, and the store windows have digital signage with stills and on-location videos of the collection.

Though the stores are rigged with technology and omni-driven, Dyer said Boston Proper’s retail concept centers on “the boutique as a woman’s closet.” Merchandise, he said, is arranged by outfit and lifestyle. “It’s a pretty unique presentation. Not the old pile it high and let it fly.” With the tech tables and “stylists” the intent is to connect better with customers and build relationships. “We are not a transactional company. We are a relationship company,” he said.

The Boston Proper retail venture comes in the wake of Dyer’s turnaround of the Chico’s chain, which lost focus on the customer and had runaway expenses. Dyer became ceo of the $2.58 billion Chico’s FAS in 2009. He led management changes, instigated fashion changes and got the business back in touch with the core misses’ customer.

“We love this sector,” Dyer said. “It’s the fastest growing segment of the market for at least the next 15, 20 years, and these women have the highest disposable income. We are appealing to a woman who is fashion conscious. Her body shape may have changed as she ages, but she is looking for fashion and style at a certain price. We think we are in the sweet spot. Most people [retailers] want to think and go young. We love the one we are with, and really, we do not have a heck of a lot of competitors. Maybe some better designer brands and some better specialty department stores.”

He’s aggressively opening stores, with 135 to 145 across the portfolio slated this year. “There are now nearly 1,400 stores. We can get to well over 2,000 stores. We don’t think we are tapped out at all,” Dyer said. “Others are pulling back their retail footprint. We think we have a lot of runway.” He likes to keep them small, generally less than 3,800 square feet; the two Boston Proper units are 1,200 and 1,800 square feet.

“All Chico’s stores track at a combined well over $600 a foot. Boston Proper looks like it’s tracking at least that or perhaps a lot better,” Dyer said. “How they perform guides us as to how fast we move forward,” though the rollout can be expedited, having the advantage of all the infrastructure of the parent corporation — store systems, fulfillment centers, a real estate team and relationships with the major developers. Dyer also noted the company has been distributing over 50 million catalogues annually across the U.S. There are 12 full-price catalogues annually, averaging 92 pages, and two sale catalogues in June and December. Otherwise, Boston Proper is not promotional.

“We believe in omnichannel,” Dyer added. “We see a tremendous synergy between stores and online. Multichannel customers are our best customer. They will spend five or six times more than online-only customers, and two to three times as much as a store-only customer.”

Considering Boston Proper has been a small, direct business to date, “The challenge was to come up with how we think about the brand in 3-D terms, from 2-D. How do we present it? We redid the labels, the hangtags, the whole brand identity and we had to edit the total assortment. The challenge is really about getting the whole company to now think both channels,” said Dyer.