The temporary site in Ardmore is also seen as a test for opening a permanent location outside the city.

The Boyds pop-up is located in Ardmore, Pa.

Boyds has been a fixture in Center City Philadelphia for more than eight decades. But the pandemic prompted the upscale retailer to finally make the jump to the suburbs.

The retailer last week opened a sizable pop-up — an 8,500-square-foot store in a former Urban Outfitters location in Suburban Square in Ardmore, Pa. The shop will remain open through Jan. 31.

Kent Gushner, president and grandson of the founder, said the company started exploring the idea of opening a suburban outpost in March as the pandemic kicked into high gear.

“We knew the business would be compromised in the fall and holiday, so we started looking for a temporary space in the suburbs for our current clients who were not comfortable coming to the city,” he said. In addition, he hopes that it would serve to attract new customers who might not go into downtown Philadelphia. 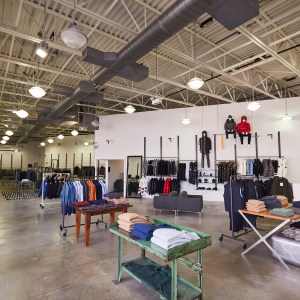 The store was a former Urban Outfitters.

The situation went from bad to worse when civil unrest hit Philadelphia and Boyds’ store was severely damaged and looted. “We were closed for six months,” he said. “The damage was immense. We had to put in new carpets, new casework — we didn’t even have a front door until three weeks ago — and that’s above and beyond what was stolen.”

So it became even more apparent that it was time to look at the suburbs. After a “full-court press,” during which the retailer searched for sites in King of Prussia and other areas on the Main Line, Gushner settled on Suburban Square. Although the open-air shopping center was originally built in the Twenties, it has been renovated and updated.

Since opening, the shop has performed well with women’s casualwear leading the way, he said. “Anything dressy in men’s and women’s is dead in the water,” he said. Instead of suits, customers are gravitating toward clothes they can “lounge around in,” including knitwear, denim and some outerwear. Women’s is outperforming men’s.

The brand mix is the same in the Ardmore store, he said, although Boyds didn’t ship a lot of its dressy assortment to the unit. Top brands at Boyds include Moncler, Thom Browne, Belstaff, Brunello Cucinelli, Proenza Schouler and others. It also recently added a beauty section, which has been replicated in Ardmore. 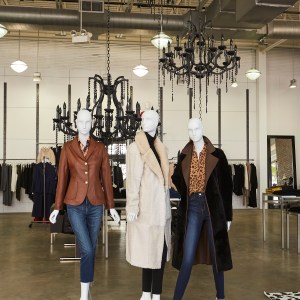 The mix is similar to that downtown, but more skewed to casualwear.

Gushner said that since his fall buy for this year had been completed by the time the pandemic hit, he had two choices: cancel orders or search out a second location to try and sell the merchandise. He obviously chose the latter.

Customers who are seeking out a more-extensive or more-tailored assortment can work at a “genius bar” at the suburban store where associates downtown can virtually show them other options and styling options.

The Center City flagship at 1818 Chestnut Street spans 74,000 square feet and recently completed a $10 million renovation project. However, it continues to struggle with lack of traffic and sluggish sales.

“Business in the city is very challenging, which is what we anticipated,” Gushner said, adding that other urban areas such as New York and Boston are experiencing similar downturns. “So opening in the suburbs was the right thing to do. We’re finding that 90 percent of the business in the pop-up is incremental business — and in these times, that’s invaluable.”

In addition to helping keep the business afloat, the suburban store allows Gushner to explore the idea of opening a second permanent location. “Short term this will help us get through for six months, nine months, a year, until there’s a vaccine. And it also allows us to test our ability to operate in the suburbs. If all continues to go well there, we’ll think about a second permanent location.

“I feel really positive about what’s happening there. I only wish I felt as good about downtown,” Gushner said.