Brand Expansion: The Year Ahead 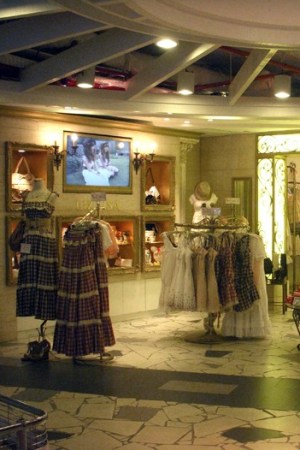 A vital tool for fashion firms these days is a good globe.

For many companies looking to grow their businesses in a difficult environment, exploring untapped markets from Beijing to Brazil is the key strategy for long-term expansion. Whether by opening signature stores or through wholesale distribution agreements, American designers and fashion brands are seeking to expand their global reach by tapping into emerging markets and balancing their businesses to avoid total dependence on the U.S. market.

Marc Jacobs opened Marc by Marc Jacobs stores in Madrid, London and Bahrain last year. He also rolled out Collection boutiques in Bahrain, São Paolo, Hong Kong and Seoul. Polo Ralph Lauren just bowed a boutique in Gstaad, Switzerland, and is scheduled to open a store in St. Germain in Paris this spring.

Tory Burch expanded her reach in Asia, opening boutiques in Japan and the Philippines. A freestanding store is slated for Seoul this spring, followed by units in Rome and London this year, and expansion in Hong Kong, Greater China, Southeast Asia and the Middle East.

“In addition to opening our freestanding boutiques in Asia, we have positioned our brand through shop-in-shops in department stores,” said company president Brigitte Kleine. “We have centralized brand management and work closely with our partners to ensure that the message is presented consistently. While we have significant growth plans, we remain focused on controlling the distribution of our product and have a long-term view.”

Elie Tahari is also aiming for global growth this year, with a Harrods in-store shop that bowed on Monday, and plans for more such environments in Spain, Greece, France, Mexico, Dubai and South Korea. The designer is scheduled to open a flagship in Istanbul this spring, followed by stores in Qatar and Seoul this year.

“International expansion is at the top of our agenda for 2010,” said Elie Tahari, chairman and chief executive officer of Elie Tahari Ltd. “The collections are very appealing to the international customer and have been particularly well-received in the U.K., Korea and Dubai.”

Having unveiled a concept shop in Moscow’s Tsum department store late last year, Carolina Herrera is ramping up its international presence. There are plans to open 25 more CH Carolina Herrera stores worldwide in 2010, including 10 in the U.S. In a recent interview, Marc Puig, chairman and ceo of the Puig Beauty & Fashion Group, which owns the Herrera fashion house, said the Middle East, Russia, Latin America and Asia are among the leading potential growth areas. Worldwide, there are 152 CH shop-in-shops and 48 freestanding stores.

Oscar de la Renta is counting on overseas expansion through a multiterritory distribution partnership with the Dubai-based Retail Arabia International to operate freestanding Oscar de la Renta boutiques in Qatar, Saudi Arabia and the United Arab Emirates, with plans to unveil five stores in Dubai, Abu Dhabi, Doha, Riyadh and Jeddah in the next three years. Last year, the company opened its first freestanding store in the Middle East.

Buoyed by the weaker pound and growth prospects in regions such as South America, the Far East, and parts of Europe, British brands are hoping to plant seeds outside their traditional markets.

“I think a lot of the British luxury brands feel their time has come,” said Guy Salter, deputy chairman of Walpole, which represents and promotes the British luxury industry. “There are a lot of new markets, and not necessarily the obvious ones, that offer opportunities.”

Salter, who recently returned to London from Macau, the island off the coast of Hong Kong that’s the Las Vegas of the Far East, said luxury retailers and casinos on the island are looking to differentiate themselves with smaller, more niche brands that don’t necessarily belong to the big, branded conglomerates.

“While many brands are looking eastward, others are focusing on the Southern Hemisphere, and specifically Brazil, one of the world’s largest countries with a population of 190 million.

Inacio Ribeiro, of the London-based Clements Ribeiro, said the label has begun manufacturing footwear in Brazil with the local company Alexandre Birman. Ribeiro, a native of Brazil, said the firm has begun putting together a strategy in particular for São Paulo, Rio di Janeiro and his home city of Belo Horizonte.

Burberry will be opening its first office in Brazil over the next few months with an eye toward expanding in that market, said Stacey Cartwright, chief financial officer. Other markets where the brand has recently expanded include India, where it has set up a joint venture with local fashion retailer Genesis Colors. Burberry has also formed a joint venture with its longstanding Middle Eastern franchisee, The Jashanmal Group, to create a Dubai-based company in which Burberry has a 59 percent stake.

Another major brand looking to Central and South America for growth is Amsterdam-based Tommy Hilfiger. Late last year, the designer told WWD: “We see the region as a big emerging growth market. Brazil is untapped. We’ve seeded Argentina, Peru, Columbia, Venezuela and Mexico, and now we’re poised for growth there.”

Hilfiger has been present for the past 20 years in Central and South America and has about 130 stores there.

“We consider China and the Gulf countries to be growth vectors in 2010,” Ponsolle des Portes said. “Growth in China in 2009 probably totaled around 9 percent. We think it is going to remain at the same level, which is already a feat given the global economic context.”

Persian Gulf countries should continue to deliver at least 6 to 7 percent growth per year, despite the collapse of the real estate market, which has left Dubai struggling to repay its debt, she added.

The world’s largest shopping emporium, the 5.6 million-square-foot Dubai Mall, is starting to take off, with local shoppers compensating for a drop-off in tourism from countries such as Russia, Ponsolle des Portes noted.

Elsewhere, Comité Colbert continues to spy growth prospects in Russia, despite the after-effects of the global economic downturn, and Eastern Europe. However, expansion in India is hampered by prohibitive import duties, while Latin America remains a “marginal’ but promising market, she said.

Daniel Tribouillard, founder and president of Leonard, is banking on Asia for expansion. Leonard has 115 stand-alone stores in the region, where it has a historically strong presence in Japan, with 90 boutiques.

The French brand recently opened its first unit in Macau at Mall One Central and plans to unveil a store in Beijing this year. It already has stand-alone stores in Shanghai, Suzhou and Hong Kong.

“In future, we are going to concentrate all our investments in Asia,” said Tribouillard. “In the 10 years to come, China will certainly be one of the most important markets for Leonard.”

While Fast Retailing’s Uniqlo has been making headlines for its international expansion plans, it’s not the only Japanese brand with global ambitions. Liz Lisa began expanding abroad when it opened a Macau location in December 2008, its first outside Japan. The brand now has a total of seven shops across Asia, with four in Hong Kong and two in Taiwan. It will be adding a Shanghai location in April.

Accessories companies are finding their way to the Far East and Europe in 2010. Coach said this month it will open a flagship in Shanghai in April. Cartier and Tiffany & Co. are also rolling out stores in the city. Coach accelerated its original plan for China and is opening 15 locations this year. By June 30, the end of the firm’s fiscal year, there will be 43 units throughout Mainland China, Hong Kong and Macau.

“We really believed from the beginning that China could become the third critical leg of Coach’s business,” said Ian Bickley, president of Coach International.

This year, Yurman will enter Europe for the first time, opening boutiques in London, Amsterdam and Paris. The Paris in-store boutique at Printemps department store is scheduled to bow this spring.

In December, Kate Spade signed a joint venture with its Japanese distribution partner to create Kate Spade Japan. It operates 36 points of sale throughout the country, ranging from company stores to in-store shops, and will open an additional seven locations this year. Kate Spade co-president and chief operating officer Craig Leavitt expects to double Spade’s current Japanese business in the next five years.

The firm is also focusing on additional markets in Asia, such as Hong Kong and Mainland China, where it maintains three points of sale, and it partnered with a distributor in South Korea in 2009, when it opened a flagship in Seoul and five other retail locations there.

Spade is finalizing a distribution partner in Brazil and planning its entry into São Paulo this year, to be followed by other major South American cities. Leavitt expects the firm’s international business to outperform domestic sales within the next three years.

Designer Kara Ross recently hired an agent in Asia, who she said has been helpful in helping her gain awareness of that specific customer. She also opened an office in London to help manage her European accounts, such as Harvey Nichols, as well as those in the Middle East. Ross expects these international markets to account for 40 percent of her business in the next five years.

Costume jewelry firm Carolee has focused growth on South Korea, Taiwan and China. Last year, it partnered with a distributor that has opened two Carolee stores in Bejing and is looking at two additional locations. This move complements Carolee’s presence in Asia, which includes 10 shops in Taiwan.

“What we’ve been doing to invest in the region is partner with investors, share intellectual property and numerous marketing assets and develop product-specific pieces for these markets,” said Joel Fivis, president at Carolee.