The evolution of the core label has taken it from baby-doll dresses to sophisticated sportswear, eveningwear, bridal and beyond. 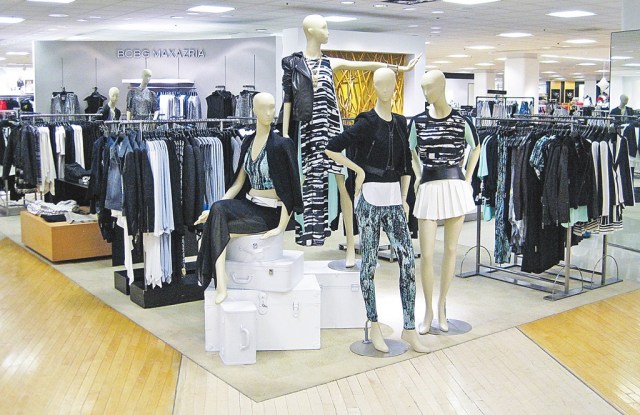 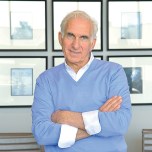 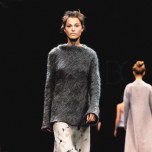 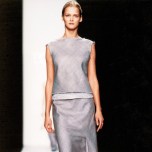 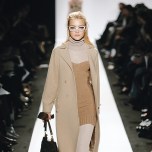 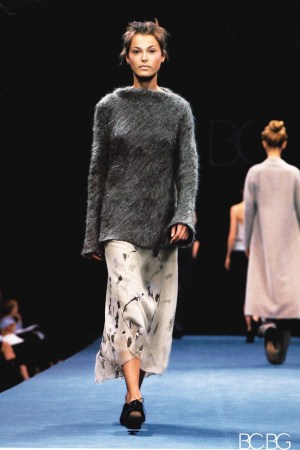 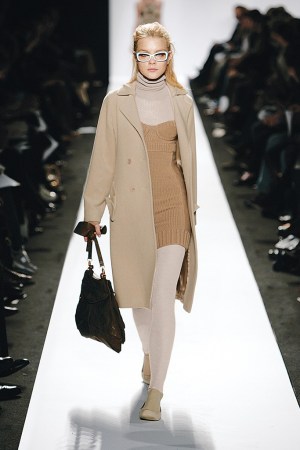 As a brand, BCBG has come a long way since it was known as a resource for sportswear separates and baby-doll dresses.

Its first wholesale account was Nordstrom in 1989, and today the department store remains one of its largest retail partners, along with Bloomingdale’s, Saks Fifth Avenue and Lord & Taylor. In addition, BCBG is carried in 300 specialty retailers nationwide and in 47 countries.

“We went from being a small footprint in wholesale to a full brand presentation, and from there, we kept adding doors,” said president of sales Robert Bronstein, who has been with the company for a dozen years.

The brand began expanding internationally in the mid-Nineties, with its first non-American store in Montreal in 1995. It made its European debut at Selfridges in London in 1998 and its Asian debut at Hong Kong’s Lane Crawford the same year. Its first Paris store opened the following year, and it entered South America and Mainland China retailers in 2001 (there are currently no BCBG boutiques in China).

Bronstein recalled the evolution of the contemporary category during the late Nineties and early Aughts.

“The business used to be junior, bridge and designer. We were really one of the creators of this whole contemporary zone. Then there was BCBG, Parallel [a Francine Browner line that was acquired by BCBG in 1996], Laundry by Shelli Segal and not much else. We were lucky to be there right at the beginning.”

At the time, those brands were offering fashion-forward sportswear and career suiting.

“When I started, we had a largely developed sportswear business, but we came to realize that we had a core competency in dresses so that was a real source of expansion for us. Our marketing research tells us that our customer’s first touch point with the brand is often her prom dress,” he said.

According to chief creative officer Lubov Azria, “When a customer chooses you for something, that’s what you become. We embrace that and we love creating dresses from a sportswear perspective, not from a dress perspective.”

President of licensing Sophie Rietdyk said the appetite for dresses is worldwide. “Anywhere you go, dresses are in a high demand because you have weddings and celebrations everywhere, but especially in countries in South America or the Middle East.”

Of course, there are cultural differences that require some things to be merchandised differently.

“In China, they don’t like to show shoulders or bare the top half of the body,” Rietdyk added. “They have a tendency to layer, so we see dresses being worn on top of long-sleeve products or under jackets.”

The brand began to evolve and define itself further when Lubov Azria assumed the creative helm and BCBG began to show at New York Fashion Week in 1996.

“Runway was the first time we did a full collection. You have a message to tell. When designing items, you really focus on trends, but when you design collections, it’s about a lifestyle. When we did runway, it brought us to that lifestyle level,” said Azria.

Plus, the shows helped establish the brand on a global stage. “You get a global recognition when you show in New York, whether it’s small or big. You get immediate input,” she added.

While it was a positive endorsement, it seemed that high-fashion-inspired clothes at accessible prices were something of a novelty at the time, and there was no defined space in the market for such lines.

Said Azria: “Nobody knew what to do with us. They were trying to pinpoint us somewhere, and I didn’t like the reviews because they were like, ‘You’re in this category or that category.’ Everyone had to stay in their categories in the Nineties. It was hard because as a contemporary line, there was not a category for us. We wanted to showcase our designs and our vision and it was kind of difficult.”

The runway shows marked a turning point for the way retailers viewed the brand, too.

“I have been a fan of BCBG and Max for all 25 years, but I think the turning point for the brand was when he began to show at Bryant Park,” said Stephanie Solomon, vice president and fashion director of Lord & Taylor. “Being a part of New York Fashion Week is an important statement for the BCBG brand and Max. Everything from the staging to the models all factor into the look and feel of the collections, and being able to see all of this come together influences what we buy. By being one of the first shows in the week, Max also sets the tone for the season for other designers and for the industry.”

Solomon added, “For customers, I think it is important not only that BCBG shows during New York Fashion Week but also that customers now have access to view the shows online and see how viral the brand truly is.”

For Azria, one of the benchmark runway collections was spring 1998. The clothes had a modern, minimalist vibe.

“To this day, it is one of our most memorable collections,” she said. “When that collection came out, I’ll never forget I was giggling the whole time. The press loved it but not the critics. When that collection happened, I realized that we have to set the bar higher each time. The bottom line is we are in business to inspire women. I don’t want to be the most crazy and innovative, I want to make a women feel and look beautiful.”

Until 2011, the company staged shows for both the main sportswear line BCBG Max Azria and an elevated line called Max Azria. The latter has since morphed into BCBG Max Azria Runway, which is what shows now in New York along with Hervé Léger by Max Azria. The runway collection, about 35 looks, is priced about 30 percent higher than the main line and is produced in smaller quantities — about 200 pieces per style, and sometimes as few as five.

“It’s creative energy for the company,” said Bronstein of the runway collection. “Elevated pieces keep us fresh and evolving.”

As for the main collection, he believes it is the fit and consistency, paired with accessible and relatable trends that keep customers coming back.

The main line comprises some 100 pieces each season, four seasons a year, including sportswear, swimwear, outerwear, suiting and dresses ranging from casual to special occasion and bridal.

Azria described the main line as “for the working woman,” while runway is “really designed for the woman who doesn’t have a job. She either dines or dances. It is very aspirational.”

Within the main line, there are always four distinct design personalities: The first is “Connoisseur,” whom Azria describes as a woman who might be “a soccer mom with a job. She is very busy, so she needs clothes that will stand out in a crowd but are not too fashion-forward.”

Next, “Visionary” represents a woman who might work in a creative field like fashion, art or entertainment, “who appreciates well-made clothes but doesn’t buy head-to-toe looks.”

The “Socialite” is the dress customer, who is always at events, from prom to wedding or reunion.

Bridal dresses are still considered part of the main line rather than a separate division.

“We started cutting white dresses because we love the color white and all of a sudden we started getting photos from clients wearing them at their weddings,” said Azria. “So we thought, ‘We’re already doing it, why don’t we just add a few more?’ We’ve been dressing bridesmaids for the last 20 years. In terms of having a true bridal business, that’s not something we are set up to do, productionwise.”

Like most designers, Azria and her design team begin nine to 10 months ahead of each season choosing colors, followed by fabrics and silhouettes. On the cork board behind her desk is a sign with BCBG’s design principles. “I think they have always been there,” she said. “It wasn’t just a moment, like an epiphany. It’s a process.”

Taste: “We have a BCBG taste level. For example, I love when opposites attract, like masculine and feminine. If you are wearing a blouse with a frill, then it’s cool to pair it with a men’s pant rather than with a fluffy skirt.”

Sexy: “It’s not an overt sexiness. What you don’t show is sexier than what you do.”

Eclectic/Vintage: “Most of our inspiration comes from vintage garments. I think I’ve rented almost everything they have at Palace Costume.”

Attention to detail: “That’s incredibly important. Most of my clothes have French seams on the inside. I fit every single piece. Whether it’s BCBG or Hervé Léger it goes through my hands. Because no matter how creative the design, if it doesn’t fit or look good, then what’s the point?”

Lord & Taylor’s Solomon summed up, “I attribute BCBG’s staying power to Max Azria’s knowledge and love for women. This love developed into the family’s involvement with the brand, and BCBG’s evolution into a multigenerational brand. BCBG is a family brand, and this notion, in addition to the collection’s uncomplicated and feminine themes, resonates with customers. Nothing in his collections is unwearable. Each piece is of-the-moment and uniquely feminine. His use of luxurious fabrics, his attention to detail and balanced proportions have evolved through the years and are always relevant. He never strays from his core message: making women look beautiful.”