In an unusual collaboration, 16 designers will install exhibits in their windows telling the histories behind their brands. 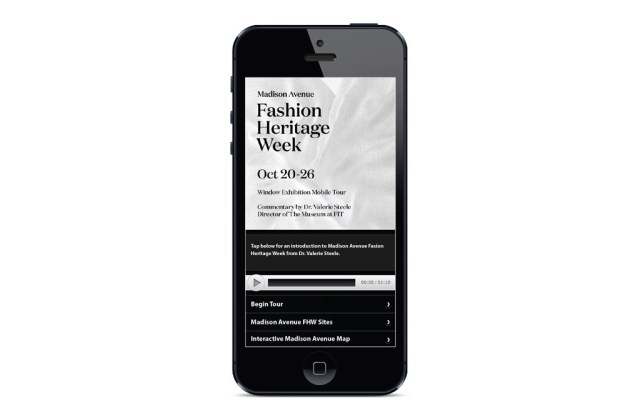 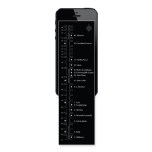 NEW YORK — A bit of education can go a long way, at least in the minds of some designers.

In an unusual collaboration, 16 designers with stores on Madison Avenue will install exhibits in their windows telling the histories behind their brands. The exhibits, on view from Oct. 20 to 26, comprise the core of Madison Avenue Fashion Heritage Week, a new event being organized by the Madison Avenue Business Improvement District and the participating brands with the support of The Museum at FIT.

A companion mobile app, found at MadisonAveFHW.org, will provide a map and audio-video tour of each brand and its archival works and inspirations, with commentary by designers, brand reps and Dr. Valerie Steele, director and chief curator of The Museum at FIT. The mobile-enabled Web site doesn’t require downloading and goes live Oct. 16. For the mobile tour, the designers created one- to two-minute videos with original content, fashion shows and links to their Web sites.

“There’s no better way to tell the story about the brands, what distinguishes Madison Avenue and why it attracts visitors from around the block and around the world,” said Matthew Bauer, president of the Madison Avenue BID, which extends from 57th to 86th Streets. “This will create a greater connection between clients and brands and the street. We’re telling the story using both bricks and mortar and technology. Fashion Heritage Week is definitely one of our most ambitious projects.”

“The concept of ‘heritage’ has become ever more important for fashion and luxury companies, as discerning consumers increasingly seek authenticity and quality,” said Steele.

Akris will highlight the work of German artist Thomas Ruff and designer Albert Kriemler on windows featuring their fall runway collection, while Bally’s exhibit will be an homage to the men’s footwear line Scribe and include in-window shoe shines, videos and artifacts. Brunello Cucinelli will document the evolution of a garment from wool flake to finished piece and show a video on the company’s headquarters and workrooms in Solomeo, Italy. Calvin Klein will feature looks by creative directors Francisco Costa and Italo Zucchelli. Max Mara will create an installation throughout its store and facade of windows focusing on four signature looks from the Fifties, Sixties, Seventies and Eighties and Ermenegildo Zegna will have large monitors explaining the craftsmanship of the brand dating back to 1910.

Several brands will host private events with board members from the Couture Council of The Museum at FIT and the museum and Missoni will have a launch reception Oct. 20 between Steele and Luca Missoni. Other designers will make appearances at their stores and host receptions and discussions. The week will benefit the Museum at FIT with donations by stores in a variety of methods, such as a percentage of sales during specified periods.