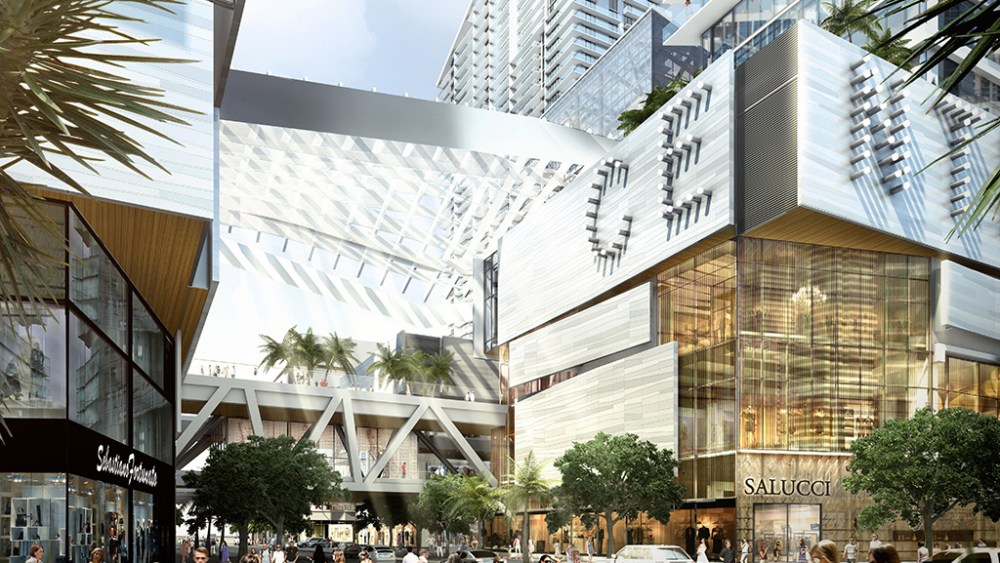 Saks Fifth Avenue will anchor the project along with two condominium towers, two office buildings and a hotel. Stores will open in fall 2016, while other components are seen opening later this year.

Some food and beverage tenants are expected to be revealed next week and another round of retailers will be disclosed in the fall. Officials said Monday that the project currently has about 450,000 of its 500,000 square feet in advance negotiations.

Harmont & Blaine is an Italian casual brand; Illesteva is an Italian sunglass brand; OndadeMar is a Colombian swimwear designer; Lululemon specializes in yoga and athleticwear, while Cole Haan is a classic American lifestyle brand.

“We have a diverse mix of shoppers in Miami and feel our retail recipe will have something for everyone at Brickell City Centre,” said Debora Overholt, senior retail director at Swire Properties.

The shopping center will have about 140 doors. Luxury will be on level one of the project and account for about 25 percent of the gross leasable space, while premium tenants similar to Michael Kors, contemporary brands and fast-fashion brands, residing on the second and third floors, will account for about 50 percent of the space. Emerging brands focused on the Latin American markets will also be part of the mix, with five to ten Latin designers occupying about 15,000 square feet.