Now//With will relaunch with more celebrities, distribution across social media and with $4.5 million in backing.

The site has been revamped with more talent for the shows, technology for easier shopping off the videos, a wide distribution across social media including Facebook, Instagram and Snapchat, and $4.5 million in backing, according to the web site’s cofounders and co-chief executive officers, Abra Potkin and Nicole Winnaman.

“With stores closing and everything moving online, we are building the next generation of home shopping. This is shopper-tainment,” Winnaman said.

“You can see celebrities you love sharing with you the things they love, and you have access to that. It’s a very shoppable experience,” Potkin said. One that the ceo’s contend is different from infomercials, and home shopping networks and e-commerce sites increasingly utilizing videos in their marketing, given the two execs’ ties to celebrities and Now//With’s plan for social media exposure.

A longtime media executive, Potkin, among other jobs, was a producer for “48 Hours” on CBS, held senior posts at Rachel Ray and the Disney/ABC Television Group and most recently was vice president of talent and strategy at Verizon Media.

Now//With first launched in the fourth quarter of 2018 under an exclusive license to Verizon. It began (and soon ended, by March 2019) with Nicole Richie selling her Honey Minx collection of masstige loungewear, jewelry, accessories and beauty, on Verizon’s Yahoo Lifestyle channel. The license expired, and Now//With is currently under the control of the two founders.

The initial launch “proved what we had believed — that there is a massive appetite to shop this way — using talent with a following and surrounding it with a fun experience and technology for seamless shopping,” Winnaman said.

“There was a real audience very engaged in a new way of shopping,” Potkin said. “Now//With incubated with Verizon, but we’ve taken it out of Verizon and created an entire new model bringing in engineers to perfect the shoppable experience and add data collection.” 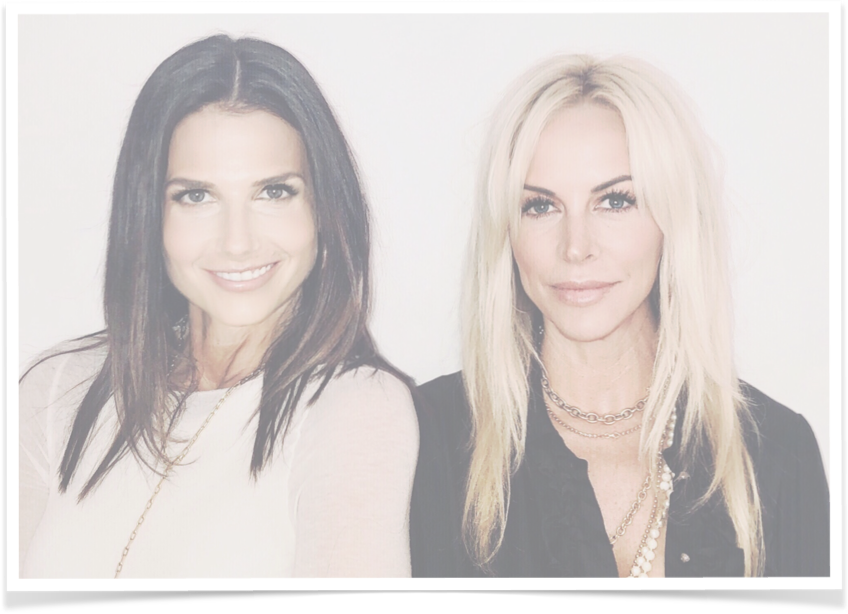 Sales and demographic data will be collected for the brands featured on Now//With, which will be on a variety of social media platforms including Facebook and Instagram, as well as on nowwith.com. Demographic data is captured and made available to the talent and brand partners, if they are included in a privacy policy and agree to  terms and conditions associated with the content series.

Now//With, which has been in beta testing since June, will relaunch with “Favorite Things for the Holidays With the Foster Sisters.” It’s a series of 12 episodes taking viewers into the Foster homes where the sisters share anything from their morning beauty routines to what helps them fall asleep, to the gifts they are giving friends and family for the holidays. Each show will highlight about eight products, though the whole experience will be shoppable, from what’s seen in the background to what the sisters are wearing, making 96 products available. Kate Hudson and Lenny Kravitz will be guests on the Foster sisters show. Hudson will present her In Bloom line of holistic health and nutritional supplements, and Kravitz will show his toothpaste called Twice, which supports dental care in underserved communities in the Bahamas.

During the week of Nov. 12, weekly celebrity-hosted holiday gift guides will roll out with Paris Hilton, Evan Ross and Ashlee Simpson, Bethenny Frankel, Nicole Scherzinger and Meghan Trainor, and Macy Gray. Also launching on Now//With is a shoppable music series called “Listen In,” with music artists performing their hits from home.

The plan is for two additional videos to be added to the programming each week, and each show will be from five to seven minutes in length.

During the beta testing, there has been shoppable happy hours with Scherzinger, Gray and Trainor. The shows reached more than 150 million consumers garnering nearly $3 million in revenue, according to Winnaman and Potkin. Beauty is the platform’s top-selling category with best-selling products including the Vanity Planet Area Facial Steamer. The fulfillment of the orders is handled by the brands on the shows.

“When we beta launched in May, we used talent that was not touring or not making movies but looking for new ways to connect with their audiences,” Potkin said. “They loved to do it and were well received.” Due to COVID-19, some movie, TV and music production and sports events were put on hold, so there’s talent out there seeking alternative ways to connect with their followings, she added.

Now//With, said Winnaman, does have live capabilities as well as video. “You can shop a live drop and see everybody popping into the experience.”

In the revamp, other changes have been made. “In the past we paid talent. Now they participate with a revenue share and don’t get a fee,” Winnaman said. In its revenue sharing model, celebrities receive at least 30 percent.

“The talent has 100 percent control over every item that is featured,” Potkin said. “They bring us things they loved. It’s a most genuine experience. They’re not basing what they show on their rev splits.”