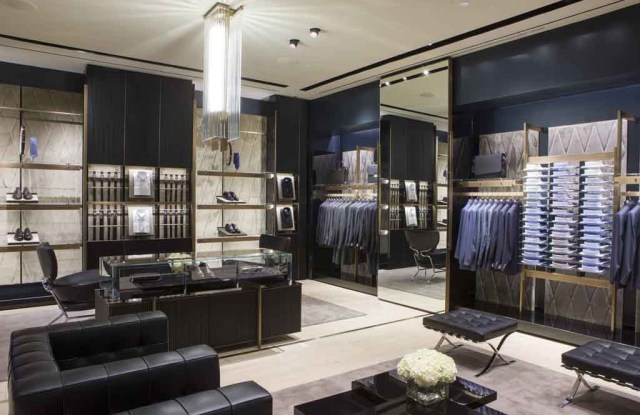 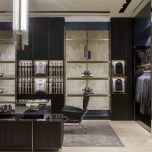 COSTA MESA, Calif. — Brioni is getting bigger in its biggest market.

This story first appeared in the October 3, 2013 issue of WWD. Subscribe Today.

“We think there is unexploited potential in the United States market and, traditionally, the retail presence has always been concentrated on the East Coast and the West Coast, but there are other cities where we can go,” he said. “I am very confident in the potential of this market because I think that the United States is bound to remain Brioni’s most important market.”

After restraining retail development, Pesci described Brioni’s present approach to retail as “aggressive” and “ambitious.” This year, the brand opened stores in Costa Mesa, Chicago and Palm Beach, Fla., a number that Brioni feels comfortable repeating in the U.S. going forward. “We’ll keep on following this pace for the next three years from 2014 to 2016,” said Pesci, who estimated Brioni flagships are primarily 6,000 to 7,000 square feet, and its smaller stores are 3,000 to 4,000 square feet.

Store renovations are a possibility too, and Brioni is considering updating its New York unit. The revamp of the Beverly Hills flagship on Rodeo Drive, which was unveiled in May 2012, proved that change could be a good thing. “The store is going extremely well. I have to say that the renovation really changed the performance,” said Pesci, elaborating that the renovated store concept is “luxurious, but not imposing. People want to come into the shop. They don’t feel intimidated.”

As it adds stores, Brioni’s revenue mix is skewing more toward retail over wholesale. Currently, retail accounts for 42 percent of the brand’s business. Pesci’s goal is to increase that figure to 60 percent by 2016. There are 51 franchise units and 32 company-owned units worldwide. In China, where Brioni recently bought back five stores that were franchises, the company expects to open three to four stores next year.

“The U.S. cannot provide the same kind of growth pace that China is providing at the moment, but the U.S. is still growing in the double digits, which is quite high for a mature market,” said Pesci. Overall, he said the brand is “doing well in terms of sales. The company is growing and is growing profitably. Basically, it’s becoming a bigger company, but also a better-managed company.”

If Pesci is making Brioni a well-managed company, then Brendan Mullane, the former senior head men’s wear designer at Givenchy who became the firm’s creative director in June of last year, is meant to make Brioni a more creative one. Pesci said his objective is for Mullane to demonstrate Brioni is “a brand that is able to stir passion and emotion.”

“We have seen definitely an improvement in our sell-through since the first new collection by Brendan, but I think the most important thing is that his first collection is really helping us to show the changes that we wanted to implement and, notably, the fact that we are now focusing more on closer-fitting silhouettes that can be appreciated by younger customers,” said Pesci.

While the ceo admitted Brioni is often thought of as a brand for older men, that image is shifting. “Our age target is a man between the ages of 35 and 55. Now, in Europe, Russia and China, the split between 35 to 45 and 45 to 55 is equal,” he said. In the U.S., the older segment remains a larger consumer base for Brioni, but Pesci said, “The younger age bracket is catching up.”

Although tailored merchandise is particularly strong in the U.S., where Brioni has a very established name, the non-tailored category has experienced momentum globally. Non-tailored merchandise constitutes slightly more than 40 percent of Brioni’s sales today, and Pesci’s goal is for that figure to swell to 50 percent in three to five years. Meanwhile, leather goods and shoes have been surprise performers. “They have grown to 7 percent this year. It’s a fast rise and our vexpectation is to have those two categories representing 15 percent of our consolidated sales by the end of 2016,” said Pesci.