The U.K.’s Black Friday will see a number of deals and discounting with stores and brands focusing on e-commerce. 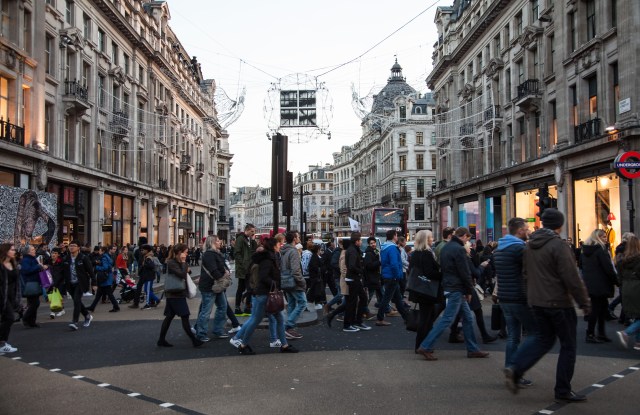 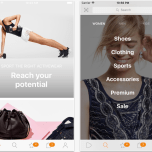 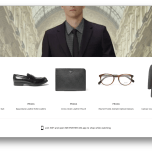 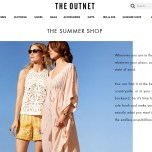 The U.K.’s Black Friday will see a number of deals and discounting with stores and brands focusing on e-commerce.

According to IMRG, an industry association for online retailers, Black Friday gradually built its momentum in the U.K. from 2010 to 2013, with retailers focusing on the day itself. In 2014, the popularity of Black Friday surged, overtaking Cyber Monday. The pre-holiday discount shopping period is now a full four days long, and is known simply as Black Friday.

IMRG said that online sales on Black Friday itself will increase 16 percent to 1.27 billion pounds, or $1.58 billion, with 51 percent of customers making their purchases through smartphones and tablets.

“Black Friday as an event has shown a remarkable capacity for evolving each year and it seems set to change further this year,” said Justin Opie, managing director at IMRG. “How the spend is spread across the days of the week depends on two things. While there is no consensus on campaign durations among retailers, some are likely to try launching theirs earlier in the Black Friday week this year to secure their share of spend and steal a march on their competitors.

“The other key factor concerns how shoppers actually respond. How early will they be willing to start their Christmas shopping? Will many just wait until the Black Friday day itself? Will they respond quickly to campaigns, pulling order volumes forward from Black Friday and potentially creating new peak days in the process? These are the questions that will shape how this period evolves in 2016,” he said.

Mintel estimates that 23 percent of U.K. consumers postpone large purchases as they wait for Black Friday and Cyber Monday offers. Mintel predicts a 2.5 percent growth in sales to reach 42.2 billion pounds, or $52.38 billion, with one in five Brits planning to shop online before the holidays. The report said the economic background for British consumers is currently favorable, with real incomes rising and unemployment falling. Mintel noted that 20 percent of British shoppers plan to purchase gifts online and are keen to find a bargain.

“We are seeing pure players recognize the advantages to having a physical offering, signified by Amazon and Zalando’s interest in moving to the high street,” said Richard Perks, director of retail research at Mintel. “At the same time, a number of high street retailers now price match against online retailers, trying to fight back against the continued belief among shoppers that it’s cheaper to buy online.”

According to the New West End Company, which oversees retailers around Oxford, Regent and Bond Streets, Black Friday will generate 115.5 million pounds, or $143 million, in revenue – 5 percent more than last year. This weekend will see international spending up as shoppers plan to make the most of the weaker pound post-Brexit, with 2.34 billion pounds, or $2.90 billion, spent on gifts. Retailers such as Debenhams, John Lewis and House of Fraser are offering deals. Homeware and technology categories are the ones with the biggest discounts.

New West End said it would encourage spending, but noted that footfall is likely to decline 3.1 percent year-on-year as consumers shop on multi-channels, which will impact traction on the high street. While the outlook for the holiday season may be positive, retailers are worried about 2017, when prices are set to rise due to the weaker pound.

“The day will build on a strong second half of the year for West End retailers following a post-Brexit boom in spend from international tourists,” said Steven Medway, managing director, trading environment at New West End Company. “However, future challenges including further Brexit uncertainty and the prospect of business rates re-valuation in April 2017, which will force West End businesses to pay an additional 125 million pounds, or $155 million, per year in taxes, suggest a tough year ahead for retail trading.”

Meanwhile Yoox Net-a-porter said Thursday it expects mobile sales to outstrip desktop sales over the weekend. The company expects to receive one order per second with more than one out of two purchases coming through a phone or tablet. Last year Black Friday sales were up 41 percent across Net-a-porter, Mr Porter, The Outnet.com and Yoox. The company noted that while the mobile phone is the preferred device used, the tablet is key in the U.S., U.K. and Italy.

Amazon U.K. reported that last year more than 7.4 million items were sold at a rate of 86 items per second. The retailer kicked off its Black Friday sales on Nov. 14 with deals on merchandise including Sony Bravia 4K HDR Ultra HD TVs, Vans shoes and bags, Joseph and Joseph kitchenware and Bang & Olufsen headphones.