British Brand Joules Expanding in the U.S. One Door at a Time

Most stores get to know the brand through its colorful Wellies. 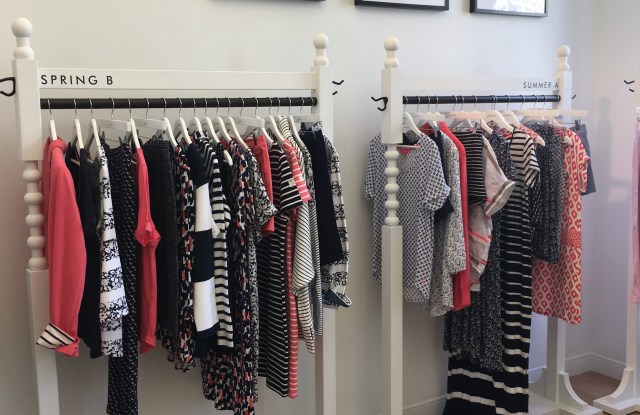 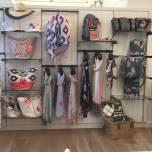 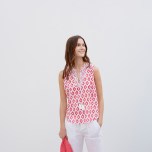 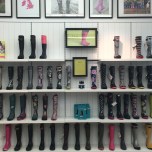 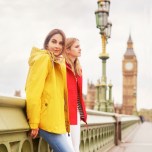 Unlike its High Street competitors who send out mass mailings of catalogues to get the attention of U.S. consumers, Joules has been expanding its retail footprint one door at a time. The company has been selling in the U.S. since 2012. It counts 600 boutique doors across the country as customers. New for fall is a presence at Nordstrom and Dillard’s. Other retail accounts include Amazon and Von Maur.

Founder and chief brand officer Tom Joule was at the company’s new showroom across from Bryant Park last week to meet with buyers from department stores. He’s hoping the meetings would expand the firm’s retail accounts and the doors within each account. “We came at it from a wholesale perspective,” he said, adding that “it’s a less cost-intensive way to introduce brands through the wholesale channel, which has a big place in America.” The company also participates in “trade fairs up and down the country,” Joule said.

The company has an online platform in the U.S., and experience selling direct to consumers in the U.K where it has 98 stores in operation. It also has a presence in Germany. “There are no plans to expand at the moment in [other countries in] Europe,” Joule said, although the firm is eyeing store openings in the U.S. market.

The company is known for its colorful prints — it employs 15 print designers, not mention its wide-ranging selection of bright rain boots. According to Joule, the rain boots, or Wellies, are often a store’s first order. The showroom is grouped by deliveries, starting currently with transitional wear, then Spring A, Spring B, followed by Summer A and then Summer B. The product line includes women’s, kids — boys and girls — and babies. Joules also has a home products line. Its men’s line is sold in the U.K., but is not yet sold in the U.S.

Joule said the lifestyle brand “bridges the gap from leisure wear to contemporary fashion.” Price points at retail average $50 to $250, with tops at the lower end and outerwear at the upper range. The full-length rain boots are around $75. There’s also the Wellibob, a shorter commuter boot, and the premium Wellie. The latter retails at $165, but it has a steel shank, is made from a higher-quality compound and has added details, such as bows or brass plaque.

According to Joule, U.S. sales have increased 27 percent from a year ago, and “We have a good, full order book for next spring.” The line has fabrications that are easy care and easily washable. “The key to any market is getting the price points right,” Joule noted, adding that the company isn’t just adding new accounts, it’s also growing sales within its existing accounts. “We have the confidence to move forward the U.S.,” he said.

Joules, which now has 1,600 employees, raised 77.5 million pounds, or $112.3 million, in May when shares floated on London’s smaller AIM market. The raise went to existing shareholders, which include Lloyds Development Capital, which took a 20 percent stake in the company in 2013, and Joule. Group revenue rose 50.2 percent to 116.4 million pounds, or $178.1 million, in the two years to 2015. That gain was driven primarily by new stores, the continued expansion of e-commerce and increased selling in existing wholesale accounts.

According to Joule, his company’s hedging of the currency made it attractive to investors when the company floated its shares. “Brexit has affected the currency. It makes the U.S. a better value proposition. It’s good for exports,” he said. While Joule lamented on how Brexit has made things more expensive, he also said, “consumer confidence seems fairly high.” Because of the hedging, the company was able to maintain pricing levels even as competitors had to raise them, Joule said.

Whether that confidence level remains high will depend the “procedure for leaving, whether it is a hard versus a soft exit….”  Joule suspects that the European Community will push for a hard exit, even though the U.K. is trying to negotiate a soft one. “If they give the U.K. what it wants, then there’s the risk that other countries would leave,” Joule said.

He’s also keeping tabs on the U.S. election, whether monitoring news when across the pond or watching the final debate last week while in town. “It’s like watching a soap opera,” was how Joule described the entire election process and news coverage thus far. He added, “Overall, in the U.K. nobody really wants Trump to be the leader of the most powerful country in the world. Some of us are surprised he got as far as he did. If he had been a British leader, he would not have been tolerated.”