London-based men’s wear label Hackett is beefing up its French presence with its first flagship in Paris. 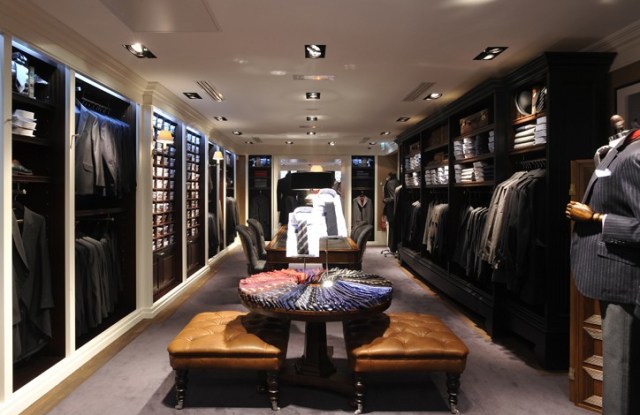 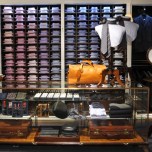 PARIS — London-based men’s wear label Hackett is beefing up its French presence with its first flagship in Paris.

Situated between La Madeleine and the Paris Opera on Boulevard des Capucines, the new 2,930-square-foot unit — Hackett’s second in the French capital — is part of an initiative to open flagships in key cities globally.

“We will keep the same strategy we had before the markets were affected by the financial crisis,” Hackett managing director Vicente Castellano said. “That means to keep consolidation and expansion in Europe and start the development of Asia and the Far East.”

“France, and particularly Paris, has always appreciated British men’s style,” Castellano said. “Our performance in Paris has been very good even this financial year. We are showing good like-for-like growth, which obviously is encouraging and a good sign of the brand.”

The new two-floor boutique, which opens to the public today, has a Georgian feel, with wooden floors, antique counters and period furniture. The walls are decorated with oil paintings, prints and photography sourced in the U.K. Castellano said the Paris flagship should generate 5 million euros, or $7.5 million, in retail sales in its first year.

Sportswear is located on the ground floor where footage from Hackett-sponsored events such as the Oxford and Cambridge University Boat Race and the Rundle Cup polo match will play on a plasma screen. Adjoining rooms boast the Aston Martin Racing range as well as Hackett’s Little Briton’s children’s line, while the high-end Mayfair collection and a personal tailoring room are located upstairs.

Hackett is also looking to bring its quintessential flair to the U.S., even though “the U.S. has been a graveyard for British brands,” according to Castellano, who noted the company hoped to “finalize” its strategy by the end of the year. Hackett at one time had a store in Boston but subsequently closed the unit because of poor sales.

He added: “We understand it is not the time to launch a lot of news things but improve what we have, make it more desirable and, above all, maximize the price-value relationship….We are relatively debt-free, which is our strategy. We want to develop the brand without the pressure of having to serve debts.”

Hackett will hold an inaugural soirée at the Paris flagship on Nov. 26.