In May, it will become first multibrand Web site to sell Cartier watches online. 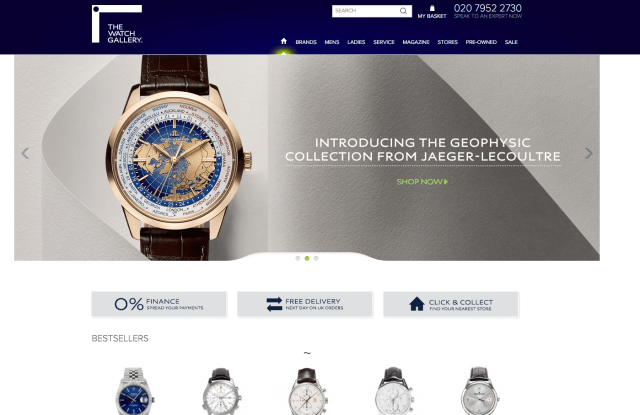 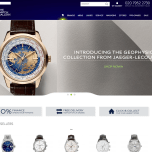 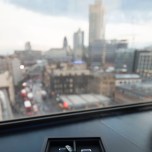 LONDON — The watch business may be in flux — with factors including the strong Swiss franc, China’s waning appetite for hard luxury, and tourists’ fears of terrorist attacks eroding demand — but that hasn’t stopped British omnichannel retailer The Watch Gallery from continuing to notch double-digit sales increases, with revenue this year hitting 63 million pounds, or $96 million.

Founded in 2006 as a concession-only business — it still operates the watch area at Selfridges London and two of the largest Rolex boutiques in Europe — TWG saw underlying sales grow 13 percent in the year to Jan. 31. The privately owned company is now looking for fresh investment to build scale and market share as it grows online and internationally.

WWD has learned TWG has hired Stonehage Fleming Advisory Ltd. to conduct a strategic review, and seek trade partners with retail and Internet expertise. Annual revenue growth has averaged 18 percent a year for the past nine years, and the company has about 140 employees.

Concessions still generate about half of all sales. (TWG also manages the online luxury and designer watch categories for U.K. retailers such as John Lewis and Topshop.) Owned online and brick-and-mortar shops make up the remaining 50 percent. Online sales grew 41 percent last year, with the Web now accounting for 26 percent of turnover.

The company sells a broad range of brands, and in May will become the first online retailer to sell Cartier watches with the exception of Cartier.com. TheWatchGallery.com is seen by more than 300,000 unique visitors every month with 1.8 million page views, according to the company.

TWG is operating in a retail sweet spot, with an average online transaction value of 2,000 pounds, or $2,840, and an offer that allows customers to sort watches by price, shape, style and materials. There’s also an online concierge and live-chat service no matter the price point. There are about 3,500 watches from 45 brands on offer, ranging from Tissot, to Gucci and Chanel, Longines and Tag Heuer, and limited-edition models from Hublot, Roger Dubuis and Panerai.

The online channel is proving a money spinner, although it wasn’t always this way. “Nine years ago the Web did not exist in the watch industry, and as recently as three to four years ago it was heresy to say you were even selling on the Internet,” said David Coleridge, the company’s chairman, who spent much of his career working for the Swiss luxury giant Compagnie Financière Richemont, parent of brands including Cartier, IWC and Montblanc.

He said that four years ago, TWG would perhaps sell an average of one watch a week online. That channel is now generating millions of pounds a year in business, with watches sold every single day.

“People were afraid of the parallel market, discounting and fakes, but consumer perception and trust about buying watches online has moved and moved. We made a decision to listen to our customers, most of whom are doing their research online before buying,” said Coleridge, adding that customers not only trust the online channel but have become used to the convenience of home delivery and click-and-collect.

The high-end watch brands, many of which had a history with The Watch Gallery via its four brick-and-mortar shops across the U.K., are also getting accustomed to the idea of selling online, which they once feared as uncharted territory.

TWG has stand-alone stores at places including Westfield London and at Selfridges Manchester, while a concept store will open near the Royal Opera House in Covent Garden in late summer. The company is hoping the new unit will also serve as a showroom for online customers, as a central London hub for its click-and-collect service, and as an emblem of its efforts to fuse the online and off-line customer experiences.

“If the customer falls in love with a certain brand, we see ourselves as the oil that makes the purchase happen,” said Coleridge.