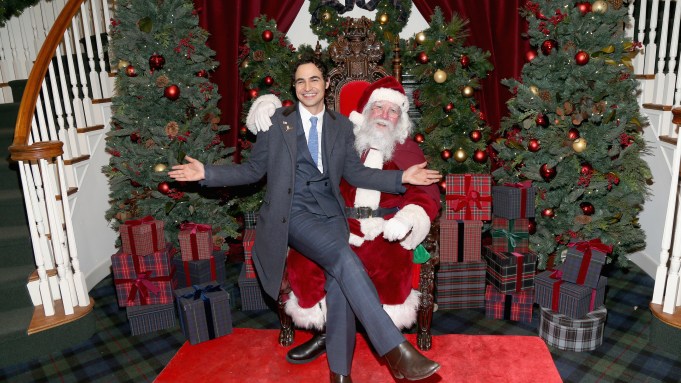 “She walked into my office 12 years ago and wouldn’t leave until I said yes,” said Claudio Del Vecchio, chief executive officer of Brooks Brothers in explaining why he selected St. Jude Children’s Research Hospital as the company’s charity of choice.

Thanks to Thomas, the actress and daughter of St. Jude founder Danny Thomas, Brooks Brothers since 2005 has raised nearly $14.5 million for the hospital in its fight against childhood cancer and other life-threatening diseases during its annual Thanks & Giving fund-raising campaign.

Thomas, who works tirelessly on behalf of the hospital, was front and center at a party at the flagship Tuesday night which drew more than 1,200 people, including six young patients and their families.

Victorian carolers greeted guests outside the Madison Avenue entrance and escorted them in to meet Santa, create balloon art, decorate cookies and ornaments or make cards to send to St. Jude patients. The evening also featured performances by cast members from Broadway’s hit musicals “School of Rock” and “Waitress,” as well as The Boys & Girls Choir of Harlem Alumni Ensemble and Wynton Marsalis.

There was also a surprise live auction of two tickets to the Tony Award-winning musical Hamilton, which were donated by the show. The auction was conducted by CNN’s Don Lemon and actress Christina Hendricks snagged the tickets. Additionally, the retailer donated 10 percent of net sales during the event to St. Jude.

Del Vecchio, who credited Marlo Thomas and her brothers Terry and Tony for creating the Thanks & Giving campaign, also said the events provide “great inspiration and motivation for our people to help. It’s a major project for us.”

A similar event was held at Brooks’ Beverly Hills store on Dec. 3 which drew over 400 guests including Ashley Greene, Derek Hough, Rachel Zoe and others.