Retailer will continue to grow these concepts with additional retail stores and in-store shops this fall. 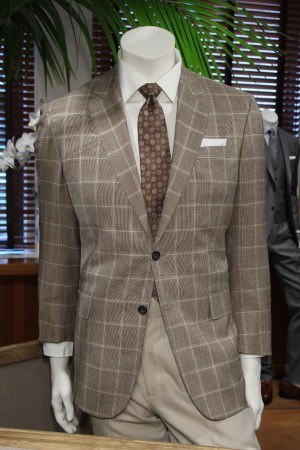 NEW YORK — Brooks Brothers will continue to expand its Black Fleece and Flatiron concepts with additional retail stores and in-store shops this fall.

In an interview during the company’s spring presentation earlier this week, Lou Amendola, chief merchandising officer, said a 2,600-square-foot Flatiron store will open in Durham, N.C., this fall at the Streets of Southpoint. The store will join units in the Flatiron district of New York City and Bloor Street in Toronto.

In addition to freestanding stores, Brooks Brothers will open a dedicated Flatiron shop in a new 6,000-square-foot full-line store slated to open in Palmer Square in Princeton, N.J., in October. Amendola said there are about 50 Flatiron shops in Brooks Brothers stores around the country and the concept is being “aggressively rolled out” in Japan as well.

As for the Black Fleece line, designed by Thom Browne, there are currently two freestanding Black Fleece stores, in New York’s Greenwich Village and Fillmore Street in San Francisco, and about 10 shops within select Brooks Brothers locations. This will also be expanded where appropriate, Amendola said, adding that the company is looking at locations in the southern U.S. for another freestanding Black Fleece store. “We would love to find something in the Miami area,” he said.

In the core Brooks Brothers line, the focus was on nautical references with a classic palette of red, ivory and navy, and sailing prints on everything from men’s pants and shorts to swim trunks. Accessories included shoes from Peal & Co., Edward Green and Harrys of London, colorful small leather goods and a new watch collection produced by Seiko.