The brand has opened the doors to its first store in Vasant Kunj, New Delhi. 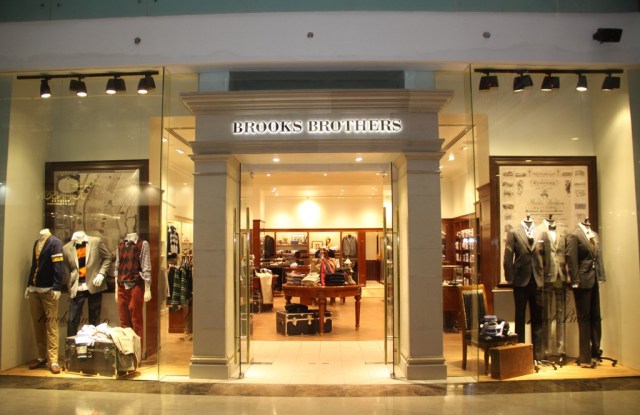 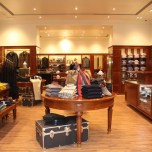 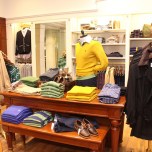 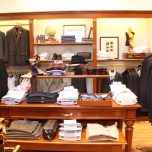 NEW DELHI — Less than three months after it received approval from the Indian government for foreign direct investment in single-brand retail, Brooks Brothers has opened the doors to its first store in Vasant Kunj, New Delhi.

More stores are in the works, with another five expected to open before the end of the year, Darshan Mehta, president and chief executive officer of Reliance Brands, Brooks Brothers’ joint-venture partner in India, told WWD.

The initial investment is 60.2 million rupees, or $1.1 million at current exchange, according to FIPD documents.

The second Brooks Brothers store will open in Gurgaon, which neighbors New Delhi, this week, followed by stores in malls in Chandigarh in North India and Chennai in South India. The stores in the Southern cities of Bangalore and Hyderabad will be freestanding instead of within malls.

Mehta said that while the average size of the Brooks Brothers stores in India would be 2,000 square feet, the unit in Chandigarh will be 3,800 square feet.

Mehta, who was joined at the opening by Paulette Garafalo, president of international, wholesale and manufacturing at Brooks Brothers, said the joint-venture team will operate all of the Indian units. “We will open only company-owned and company-operated stores, not franchises,” Mehta said.

India is part of Brooks Brothers’ global expansion plan. The company opened its first store in Indonesia in December, and there are now 79 stores across China, Hong Kong, Taiwan, Malaysia and Singapore, with sales in China growing at more than 30 percent a year for the past few years, according to the executives.

“Even seven to eight years ago we were very underdeveloped globally,” said Garafalo. “We really focused on being a domestic retailer with the exception of Japan, where we have been for 33 years. But in the last 10 years, we’ve gone all-out to assess our global opportunities and find the right partners. We’re a privately held company and we do everything long term.”

Brooks Brothers in India will price its products at approximately 10 to 12 percent higher than those in the U.S., with dress shirts starting from 5,000 rupees, or $93.22, and will offer only men’s wear at the present time. “We’re focusing on the men’s market, which is quite substantial,” Mehta said, but once the stores are established, other product categories will be added.

Although the battle for the men’s market in India is heating up — Thomas Pink recently opened its first store this year also in association with Reliance Brands — Garafalo sees it as a growth opportunity.

“We see this as a tremendous opportunity and we are very focused on making it work in India. There is a larger brand recognition for Brooks Brothers in India than in many other Asian countries,” she said.

“We do not come to India with fear — we believe India is our future. We believe that the Indian consumer wants authenticity and we bring American authenticity. We are the purveyors of the white shirt and chinos, and we believe the Indian man is going to receive us very well.”

Brooks Brothers, which has dressed presidents and celebrities in the U.S., is also the partner of choice for men’s wear in the soon-to-be-released new version of “The Great Gatsby” starring Leonardo DiCaprio.