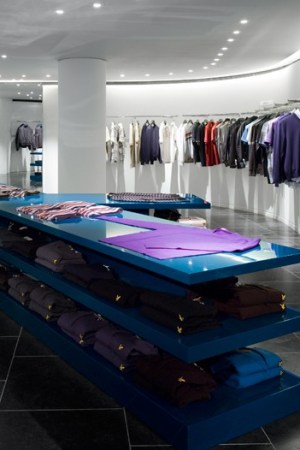 The Toronto-based design firm Burdifilek has transformed the 22,000-square-foot men’s space on the lower ground floor of the 160-year-old Grafton Street retailer into two distinct areas and reworked it in a palette of Macassar ebony, chocolate, dove gray and charcoal.

The tailoring rooms have mirrored surfaces and an undulating walnut wall sculpture by Canadian artist Dennis Lin, while the gallerylike contemporary area is dominated by curved white and backlit walls and sea-blue display tables.

“We believe our new men’s wear rooms are not only the best in Ireland but perhaps one of the best in the world,” said Nigel Blow, chief executive of Brown Thomas, which is owned by the Weston family that also owns Holt Renfrew in Canada and Selfridges in London.