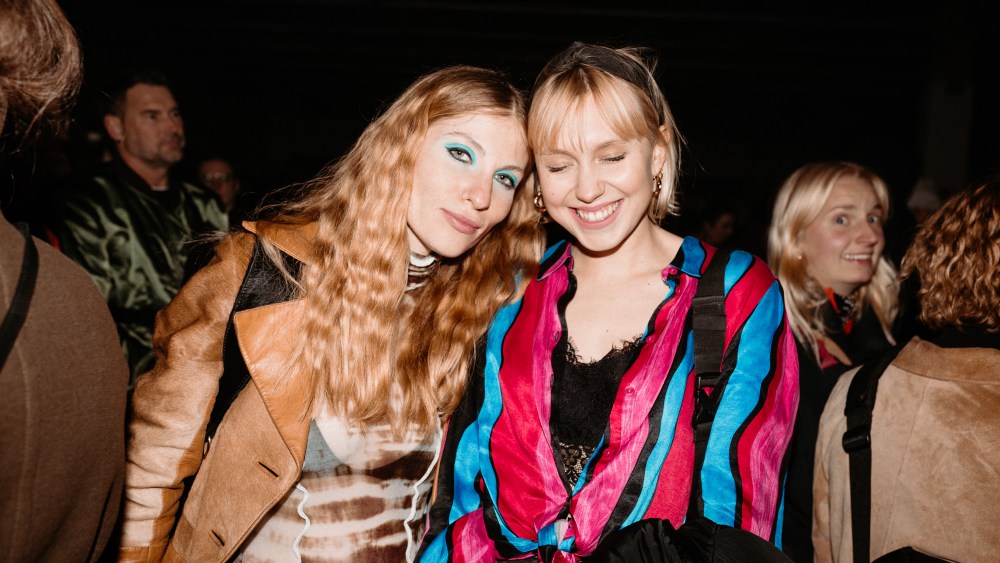 The cool kids of Berlin were out in force for this weekend’s opening of a pop-up store run by iconic London fashion establishment, Browns. The temporary store, the third in Browns’ Nomad series of wandering outlets, was open for three days in a disused supermarket in the central city.

“Germany is one of our top five markets for luxury shopping,” said Ida Petersson, director of men’s and women’s wear buying at Browns.

Besides artfully arranged clothing and shoes, the pop-up — which ran from Nov. 14 to 16 — featured a series of attractions, including an opening party with musical performances that attracted around 650 revellers, panel discussions that drew 200, artistic displays, sessions with personal shoppers, a tattoo artist and a palm reader.

It’s all about engaging the customer beyond just selling them clothing, Petersson said, explaining the various activities. This premise has proven successful in Browns’ East London premises, she said, where, although the store is permanent, it changes every four weeks.

“We’re all about invoking a feeling,” Browns’ brand engagement director, Tyler Psarras, continued. “Whenever we do a Nomad, it’s there to tell the story of the brand. We want customers to understand Browns as more than just a fashion boutique. Hopefully they’ll come in and say, ‘This feels different.’ And when we leave, they still have that online connection.”

The first Nomad event was held in London in 2017 and the second in Los Angeles in 2018. The Berlin pop-up experience took around six months to organize and more Nomad events are planned for next year, although the company hasn’t yet decided upon the destination. Browns has been owned by online luxury fashion platform, Farfetch, since 2015.

Products from Browns’ catalogue were chosen especially to appeal to the city’s residents after, among other things, research into what German shoppers bought on the site as well as what was not available in the country. “It’s always tweaked slightly depending on the city,” Psarras noted. In Berlin, there were over 400 items across mens- and women’s to browse, and that included offerings from both the heavy hitters – among them, Bottega Veneta, Gucci and Saint Laurent – and newer names exclusive to the British store, which is well known for its fashion discoveries.

“Even though we were limited in what we could bring, I think for us, it’s really important to show what we’re buying,” Petersson said, noting that Browns buyers travel to 18 cities annually to source new looks, as well as scouring sites like Instagram. “It’s a sharp edit with items that shoppers wouldn’t see anywhere else [in Germany],” she explained.

“For example, this,” Petersson said, holding out a pleated skirt by designer Mariah Esa that looked like it had been delicately embroidered but was in fact made out of discarded, high-end clothing labels. Petersson is particularly passionate about younger labels like Esa’s, focused on sustainability, and Berlin shoppers could also make an appointment with another designer she champions, Amsterdam-based Duran Lantink, who specializes in upcycling dead stock. Customers could bring an old favorite to the pop-up and commission Lantink to turn it into something new.

Locals in other German cities may have better budgets for the kind of high-end wardrobe that Browns supplies – on average, Munich’s top earners make around 1,200 euros more than Berlin’s and the city tends toward a downbeat style – but Browns decided to set up here because of the capital’s arty reputation. As Psarras said, “there’s a lot of culture here, a lot of creativity, and history. We felt there were a lot of synergies.”

While the events, and the opening party in particular, may have been well attended and the various sessions for tattoos, styling and palm reading booked out, the supermarket did look a little forlorn during the daytime, with only a handful of well-dressed locals perusing the racks at any one time. Petersson did not wish to disclose the cost of the Berlin exercise but, she said, “we wanted to give people an opportunity to discover us. Ideally, it’s a short-term financial cost in return for long-term engagement.”

A spokesperson from Browns said that sales and footfall had “exceeded expectations and Browns was able to capture a significant amount of new customer data.”

Browns also said that after the Los Angeles event, they had seen an 80 percent increase in traffic to their site from the region.” We look forward to seeing how the activation translates via online traffic in the weeks and months to come,” the spokesperson said.