The two sisters behind the minimalist accessories line Building Block on Saturday bow the label’s first store in the downtown L.A. neighborhood of Chinatown. 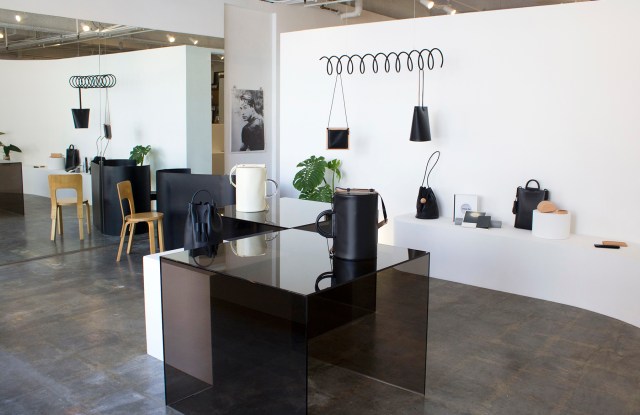 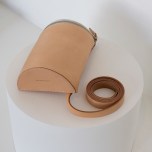 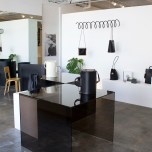 LOS ANGELES — It’s all clean lines and barely-there furniture inside Building Block’s Chinatown store. It’s the perfect palette to showcase the minimalist line of leather handbags, duffels, totes, bucket bags, tassels and other accessories in what is the brand’s first store at 970 N. Broadway, set to open Saturday.

The 500-square-foot shop is attached to the company’s relocated design studio and showroom, formerly on Spring Street. The overall building’s footprint totals some 2,000 square feet in what was previously the home of Great Wall Books. A selection of literature will be sprinkled in with the Building Block line in a nod to the space’s former tenant.

Building Block founders and sisters Kimberly and Nancy Wu felt the time was right to spread their wings with the new space after having previously shared their design studio.

“It’s good timing. It happened to be that the space allowed for a private studio as well as a storefront on a major street,” Kimberly said.

It was also time for the brand to try its own hand at presenting the line to customers direct, Nancy pointed out.

“I think it’s really important for us to have our own context with our bags just, because our primary business is wholesale and seeing our bags in different retail stores, we really wanted to have it live in its own environment. So that’s the goal with this space,” Nancy said.

Building Block, launched in 2011, is now in more than 100 doors globally, including Opening Ceremony, Steven Alan, Assembly LA and Mohawk General Store. Internationally, it’s in stores such as Galeries Lafayette and Triple Major in Beijing along with I.T in Hong Kong.

The sisters, originally from Orange County, tapped Chinatown at the onset of the launch of their design studio for the buzz surrounding downtown. Chinatown sits along the outskirts of the central business district in a unique pocket all its own that made it then, and still now, an attractive location, especially as development ramps up in downtown neighborhoods such as the Arts District and Historic Core.

“Chinatown is sort of booming with downtown trickling over here,” Nancy said.

The Wu sisters’ path to creating their own fashion brand wasn’t necessarily direct or intentional. Both studied industrial design, with Nancy working on footwear design at Nike and Kim doing automotive design at Honda.

“It’s a different point of view from fashion, but we were always interested in fashion. [Building Block] just started off as a side hobby with making bags and from there it just grew,” Nancy said. “People got interested. We started a blog and now we’re here five years later.”

Building Block may delve into other markets for company-owned stores, but the designers are measured in their approach.

“We’ll see how this one goes,” Kimberly said. “We’d like to [open more stores] and we have such a huge market in Asia and in Japan in general.”