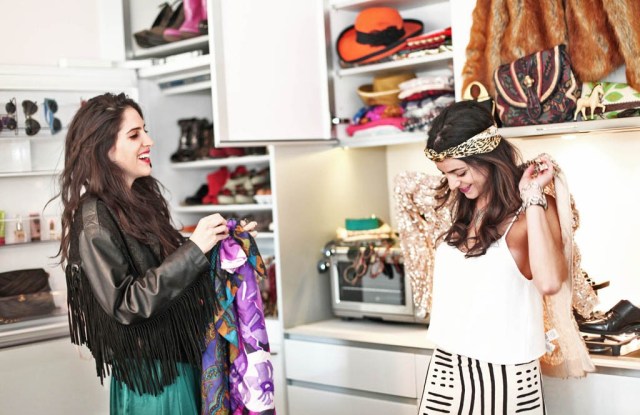 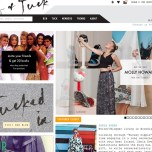 Sari Azout, who cofounded the six-person company with her childhood friend Sari Bibliowicz, said, “Chris Burch really understood from Day One what our idea was all about. We met with tons and tons of investors, but he understood the business model and brand more than all the others.”

“We have 12,000 members but we have been extremely bootstrapped since we’ve been around. This will allow us to build the team, introduce an iPhone app this summer and switch from an invite-only model to a public one,” Azout said. “We’re just looking forward to building the company as a lifestyle brand. It will be a very curated experience.”

They expect to have a customer base of between 50,000 and 100,000 by the end of this year. To try to cultivate more frequent shopping, there are such services as “Closets I’m Following,” which use algorithms to pair shoppers who share the same style and wear the same size. The founders are considering having a truck travel around New York City or opening a pop-up shop to give people a better understanding of their swapping site.

Burch had not responded for a request for comment at press time.

There is no fee for joining the site or posting items. Users can swap goods using virtual credits, and they also have the option of buying additional credits based on a rate of $1 a credit. For example, if an item is sold for 100 credits and the seller would like to buy another item for 150 credits, they can purchase 50 credits for $50.

Bib + Tuck has 1,000-plus labels available, with Alexander Wang and Rag + Bone being members’ current favorites. Paula Mendoza, Kimberly Ovitz, Alison Chemla and Yigal Azrouël are also popular, according to Azout, who said there are plans to feature Mara Hoffman. Starting this summer every item will have to be approved by Bib + Tuck before it is posted. The aim is to bridge the gap between high and low labels to appeal to fashion-conscious women in their mid-20s.

Having known each other since they went to kindergarten in Bogotá, Colombia, Azout and Bibliowicz reconnected in New York as college graduates living in the same apartment building. Azout, a Brown University alumni, started her career in finance working for Lehman Bros. and Barclays. After Bibliowicz’s New York University days were over, she joined Gilt Groupe’s Jetsetter. Their business concept stemmed from necessity and they funded the launch with $100,000 of their own money.

When the recession hit, they started sharing clothes to save time, space and money. The arrangement suited their budgets and compact apartments. It also meant that if one of them tired of an old favorite, the other would get something new. As for the site’s name, Azout said it was borrowed from “an old English aristocratic phrase where women were told to wear their best bib and tucker, meaning wear their finest outfit.

“We liked the phrase and made it our own; to ‘bib’ is to give and to ‘tuck’ is to take,” Azout said.