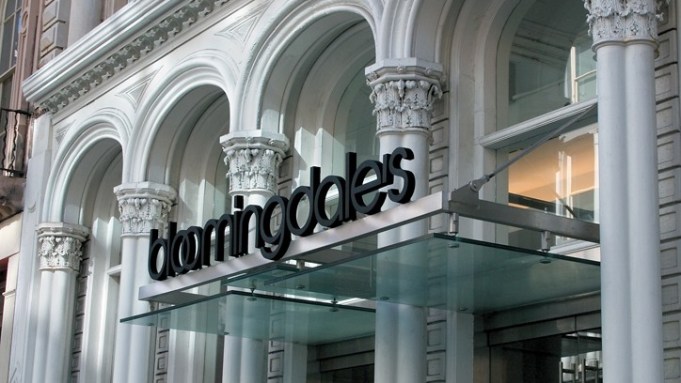 It’s still like no other store in the world.

Since Joseph and Lyman Bloomingdale sold the first hoop skirt at their ladies’ notions shop on the Lower East Side of New York in 1872, the upscale sister of Macy’s has grown into a national chain with household name recognition.

Over the years, the $2.6 billion Bloomingdale’s has achieved that stature by offering a combination of innovative merchandise, inventive marketing and turning in solid top- and bottom-line performances. The store this spring was named Department Store of the Year at the Global Department Store Summit, a conference in London where 53 chief executive officers of major department stores were asked to vote for the best in the sector based on enviable profile, differentiated positioning, innovative product and service strategies and strong financial performance.

Bloomingdale’s currently operates 40 stores in 12 states and has been aggressively adding to its stable in recent years. It entered the competitive California market in 1996. In fact, since 2005, the retailer has increased its number of stores by more than 10 percent. Its most recent additions include a 190,000-square-foot store in Chevy Chase, Md., a 48,000-square-foot Costa Mesa, Calif., unit at the renowned South Coast Plaza mall, both of which opened in 2007, and a 335,000-square-foot San Francisco flagship that opened in September 2006. On tap for 2010 is a unit in Phoenix, its first location in Arizona, and the company has identified Texas and the Pacific Northwest as among the markets it is looking into for the future. Overseas expansion is also believed to be in the cards, with the first site expected to be in the rapidly expanding city of Dubai. (Seventeen years ago, Bloomingdale’s almost inked a deal for a store in Japan, licensed to Tokyu Department Stores, but a severe recession in that country killed the plan.)

The architect of the growth over the past 17 years has been chairman and ceo Michael Gould, who joined the New York-based chain in 1991 after serving as president and ceo of Giorgio Beverly Hills and ceo of the J.W. Robinson’s department stores in Southern California. Gould took the reins from the legendary Marvin Traub,

who is credited with creating the merger of entertainment and retail during his 22 years at the helm of the retailer. He employed celebrities and over-the-top events, such as the store’s fabled country-focused events every fall, as a way to generate publicity. He and his late fashion director Kal Ruttenstein, who died inDecember 2005, also brought into the fold up-and-coming designers including Ralph Lauren, Donna Karan, Calvin Klein and Tommy Hilfiger. And European lines such as Yves Saint Laurent, Fendi, Missoni and Sonia Rykiel also made their U.S. debuts at Bloomingdale’s under his watch.

Although Gould had big shoes to fill, he has definitely put his mark on the business, establishing a new direction for the chain that sets it apart from Macy’s on one end and Neiman Marcus on the other.

“Over the course of the last six years, we have redirected our brand strategy to really move upscale, versus playing in the department store arena,” he told WWD in a recent interview. “It’s really about creating a Bloomingdale’s that’s branded, with a very distinct impression.”

Part of that impression was formed when the innovative and successful SoHo unit in New York, a 79,000-square-foot store specializing in contemporary merchandise, opened four years ago.

In fact, Bloomingdale’s flexibility and ability to create new formats is one of the keys to its continued success. Gould has said of the SoHo unit: “This was the first time in my mind a department store really created a different model. Instead of the usual 170,000-squarefoot or even 120,000-square-foot box, we did something that was unique. I always remember what Eugenia Ulasewicz, the president of Burberry in the U.S., said to me. She said in SoHo you have defined yourself more by what brands are not in the store, rather than who was in the store. We really proved that we could assort differently and truly define our customer differently.”

For example, customers won’t find Ellen Tracy or Estée Lauder in that store. “We didn’t think it was appropriate,” Gould explained. “We [took] a very pointed view.”

And it has paid off with business year-to-date that he has characterized as “phenomenal.”

Gould has said that exporting that model to other cities is on his to-do list, although no sites have been chosen. “It’s one of the many things we are looking at. If we can find appropriate places, the success there can absolutely be replicated,” he has stated. “SoHo has proven that you can run stores at different sizes in different markets with a sense of creativity.”

The same holds true for Bloomingdale’s 59th Street flagship, among the most popular tourist
attractions in New York. With annual sales reported to be just under $600 million, the store, which spans an entire city block, has defined the brand ever since it opened on Lexington Avenue in 1886.

Elements of the world-renowned flagship, with its distinctive black-and-white color scheme
and mix of contemporary, bridge and designer labels, have been exported to other stores around
the country, helping to make the shopping experience consistent.

Gould typically describes Bloomingdale’s niche this way: “We have really tried to brand ourselves and who we are, and play in the upscale arena and still try to be differentiated. It’s a different DNA than the other outstanding upscale stores. We are not going to have the amount of designers that Neiman Marcus has. We are composed of a strong contemporary business. I do believe my people have made the biggest beachhead in contemporary.”

The same holds true throughout the store. “The branding is also about taking the merchandise out of the aisles, putting more into the store design and making stores less cluttered,” Gould added. “We reduced our signing by over 80 percent. In the old days, you would have Ellen Tracy on all three walls [of the shop]. On every T-stand or four-way, the name would be there too. We’ve spent tens of millions on services, seating areas, rest rooms.”

On 59th Street, where up to 30 percent of the shoppers are tourists, Bloomingdale’s last year expanded its visitors center and added a multilingual staff, currency exchange and hotel deliveries, among other services. Similar programs are available in other cities around the country.

“We are trying to take service to a whole new level,” noted Gould. On the merchandising front, this includes telephones in the fitting rooms in the intimate apparel department to call salespeople, and a reconceptualization of the bridge department that includes mixing in designer brands. Gould called this “another example of thinking out of the box.”

The strategy also addresses consumers’ expectations of the Bloomingdale’s experience. The store conducted a survey of 20,000 customers and “came away with two epiphanies,” according to Gould. “First, that shoppers don’t want us to compete in both the upscale and department store arena [with similar merchandise].”

As a result, Bloomingdale’s substantially increased its percentage of exclusive or limited distribution merchandise. Within five years, Gould said, that percentage has jumped to 72 percent from 44 percent. And over the past six years, he revealed, Bloomingdale’s has nearly doubled its average unit sales.

The second finding of the consumer survey is that “people expected our service levels to be at parity to Neiman’s and Saks, but they didn’t expect us to be as good as Nordstrom.”

At least not right now. But continually improving the service offered at Bloomingdale’s is one of the company’s goals. So is boosting sales and profits and expanding its footprint.

In 2007, Bloomingdale’s, the only retail banner that was retained following the merger of Macy’s and the May Department Stores Co., outperformed its larger sister.

For the year, Macy’s net profits fell 10.3 percent to $893 million, on a 2.4 percent drop in total sales to $26.31 billion from $26.97 billion. Comp sales dipped 1.3 percent. However, Macy’s management said things could have been worse except that Bloomingdale’s generated comp-store gains in the year. It also outperformed Macy’s in the first and second quarters.

Without providing specifics, Gould reported: “Our performance since 2002 has been spectacular. We are performing [on par] with Neiman’s and Nordstrom. Since 2001, actually, every year has been a major improvement over the year before.” As a result, it’s not surprising that Macy’s Inc. has high hopes for Bloomingdale’s.

“We are looking for real estate sites across the country,” Karen Hoguet, executive vice president and chief financial offi cer of Macy’s Inc., said in a recent conference call. “There aren’t 100 of these, but we are aggressively trying to find them.”

Although it represents only 10 percent of Macy’s Inc.’s business, “Bloomingdale’s is very important to our company,” said Macy’s chairman and ceo Terry Lundgren, noting that it “has emerged as a very strong performer serving an upscale, contemporary customer.”

As a result, expansion is likely, whether that means China or Seattle. “Macy’s Inc. would very much like to see Bloomingdale’s have a very intensive growth program over the next few years,” Gould has said. “We are exploring a number of opportunities throughout the country. An awful lot of developers and real estate people have been pursuing us.”