With 12 fairs running concurrently, plus more than 50 runway shows, there was literally no down time for the fashion flock. 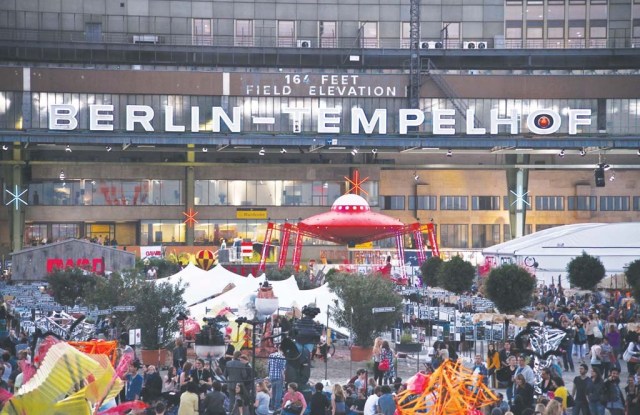 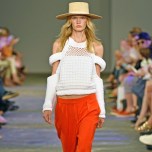 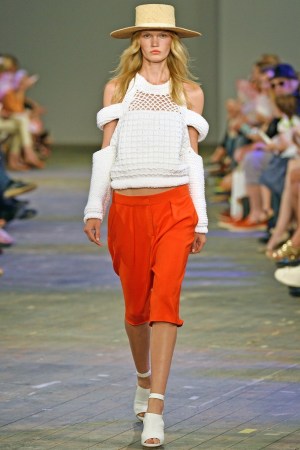 London Reopens for Business — and Fashion Retailers Are Feeling Optimistic

With 12 fairs addressing all levels of the market running concurrently, plus more than 50 runway shows on the official Mercedes-Benz Fashion Week Berlin schedule and scores of others via platforms like The Gallery and Showfloor, there was literally no down time for the fashion flock in the German capital during the July 2 to 5 fashion week.

More importantly, however, given two seasons of soft weather-impacted retail sales, the ongoing euro crisis and what many say is a shifting business landscape that no one yet fully understands, the mood was surprisingly upbeat at most venues.

Overall attendance slipped a bit, but venues were nonetheless fully packed. According to the Berlin Tourist Association, 250,000 trade visitors came to town, compared with 270,000 in January.

“Unfortunately, we are still missing many of our good friends from southern Europe,” commented Bread & Butter chief Karl-Heinz Müller, who acknowledged tense economic conditions had put a dent in buyer and exhibitor participation from key countries like Italy and Spain. As expected, the street and urbanwear fair’s new visitor regulations, which slapped assorted service providers and industry hangers-on with a 500-euro entry fee, also lightened footfall, but numerous exhibitors said it was a relief not to have their stands filled with people trying to sell them something. If some of B&B’s 630 exhibitors were disappointed with the visitor turnout, brands still said buyers in attendance were focused and more ready to place orders than in previous seasons.

This season’s inclusion of the Danish Bestseller Group, which took over all of Hangar 1 for 11 of its brands, was a source of some contention, though not for the midprice powerhouse that sells to 12,000 multibrand and department stores in 53 markets as well as in 3,000 of its own stores. Lars Pedersen, country manager, said the hangar was well attended, and even saw some American stores, but noted Bestseller is not quite ready to go Stateside with its labels, which include Jack & Jones, Selected, Only, Outfitters Nation and Vero Moda.

“We have a sister company in Canada and hope that one day we will be able to go full-force into the U.S. But for now, our focus is on our core markets,” he noted. These are led by China, with more than 4,000 stores, whereas Germany is number one in Europe, followed by Holland, then Scandinavia.

“Obviously, the farther south you go in Europe, the more difficult business gets,” he said, citing countries like Greece, Spain and Italy. All in all, “the whole setup at B&B is impressive. Our buyers came, and they are happy they don’t have to take a taxi.”

Still, getting to Berlin’s multiple venues requires wheels. The smaller-format Premium — which houses 900 brands and 1,500 collections — was bustling. The fair’s organizers, who haven’t released attendance figures in years, said this season’s robust traffic saw an upturn in buyers from France, BeNeLux and overseas, with international buyers now accounting for 71 percent of visitors.

The Berlin fashion and fair scene is increasingly a mixed bag, with the fashion boundaries between platforms blurred at best. Grabbing a hot dog at True Religion’s outdoor barbecue section at Premium, Greek retailer and international marketing and sales consultant George Tsirtsikos suggested the denim brand’s party space felt a bit like it belonged at Bread & Butter. “There’s a brilliant confusion,” he laughed.

He added the mixed-bag scenario also reflects the situation at retail today. His shops stock Scotch & Soda and Lui Jo, among other brands, but he had an eye out for lower-priced goods that wouldn’t look out of place next to his existing ranges.

“Twenty years ago, you wouldn’t have even walked across the street from Zara if you were a high-end fan,” he continued. “Now, you see people carrying bags from Pull & Bear, Massimo Dutti and Dolce & Gabbana all at the same time.”

Also addressing the contemporary market, activity at Show & Order picked up this season, particularly with buyers from Germany and Scandinavia. However, as Hamburg-based sales agent Iris Mauersberger, who represents several Danish and German brands, noted, “In my experience, retailers like to get an overview here and then they actually place orders in Düsseldorf and Munich.”

Providing that overview is the main point of Panorama, a fair for high-volume brands in its second season at the convention center in Berlin’s still-to-be-completed airport way out in Schönefeld. More than 36,000 visitors clocked in from July 2 to 4 to this presentation by 350 internationally oriented collections from 18 countries.

“What especially pleases us was the super mood, and that everyone could casually exchange ideas,” observed Panorama chief executive officer Jörg Wichmann.

Daniel Gottesdiener, comanager of Oui, and third-generation member of the German family-owned company, agreed. “Panorama is a place where one can come and look at the collection unconditionally…and then leave,” he remarked. Cementing relationships with the bridge-level brand’s existing customers in its leading markets of Germany, the U.K., Scandinavia and Russia was Oui’s main order of the day in Berlin.

Noting you can’t change the weather, he said, “I think everyone is now adjusting the ready-to-wear component to offer things you can wear immediately. Yes, there needs to be more excitement, but consumers being able to wear the merchandise when it’s delivered is the crucial part.”

German commercial powerhouse Marc Cain was at Panorama to inspire its customers with a new video window installation concept to help address another widespread problem: falling consumer traffic in stores. A series of different motifs convincingly pranced across a three-dimensional-looking white T-shirt — a way to catch consumers’ attention, said Thomas Herter, head of distribution. “And to get them to come into the store.”

“We want to grow with our customers rather than take on new doors. This is a marketing and image story,” he said of the fair. It was also an opportunity to display the gold and black in-store design the brand uses in its most expansive markets of Russia and China.

Indeed, China was an ongoing theme in Berlin this season. “Premium Loves China” was an official welcome cocktail Tuesday for around 30 Chinese retailers representing 20,000 doors. The party also toasted the launch of Dieter Scholz’s book “Points of Fashion,” which lists contacts and details for department stores, fashion malls and shopping centers in 100 Chinese cities, as well as related market research.

Also involved in the project, Claudia Carillon, a consultant in the Chinese market for 40 years and founding director of International Designers’ Network Ltd., said, “Chinese consumers are annoyed with just being offered big brands and now want new things. Business has gone down, and retailers have recognized the need to find new brands or open multibrand shops.”

The Chinese contingent, she added, is here to get information, but some retailers also test-ordered and will start in-store shop systems or pop-ups in a number of their stores for smaller brands that clearly can’t deliver to 5,000 stores.

She predicted the Chinese would be back in even bigger numbers next season, sending more buyers rather than just executives. “They want to see everything, and asked that we organize a private bus for them next January so they can get to all the other fairs like Ethical Fashion and Show & Order. They suddenly realize how much there is here,” she said.

With brand-building in mind, Dorothee Schumacher flew in journalists from Chinese Harper’s Bazaar, Tatler, L’Officiel and The Bund to attend her MBFWB runway show. In three years, China has grown into Schumacher’s third-largest market, primarily via wholesale clients. The company is now actively seeking a local partner to maximize what sales manager Vivek Batra considers the market’s “great long-term potential.”

Following recent openings in Kuwait and China, Schumacher will open its first London store in Notting Hill in September, and Liliane Harris, the brand’s British rep — which is opening the store — says a second London store should be open by next year.

As for the 50 Mercedes-Benz Fashion Week Berlin designer shows and presentations in the tent at the Brandenburg Gate and various off-site venues, the spring collections were also a mixed bag, though some voices said more variety and a bit more daring from Berlin’s minimally inclined designer core would have been welcome. However, after widespread lament over the absence of big names like Hugo Boss, Escada and Rena Lange, the post-fashion week consensus was that the nation’s emerging talent filled the breach.

Mario Eimuth, ceo of Stylebop.com, was among the retailers spotted at the Vogue Salon. The German luxury e-tailer has been growing at rates of between 42 and 85 percent since starting nine years ago, and carries more than 250 luxury and premium brands, from Akris to Marc Jacobs to Zadig & Voltaire. “On one hand, I loved the collection of Achtland. They’re really very interesting newcomers. On the other, we’ve been buying Lala Berlin for many years. I knew her [designer Leyla Piedayesh] from the very beginning when she was just doing scarves, and it becomes more and more each season,” he said.

“The Vogue Salon has become an institution and mirrors Berlin’s new fashion aspirations,” Eimuth said. “There’s a move away from street style to a more luxurious and unique statement that changes the perception of what Berlin fashion is about. For me, Berlin is always a source of inspiration.…You feel the energy of all the cultural differences and a lifestyle that’s still quite relaxed, actually.”