On Oct. 10, the department-store chain will open a three-level, 125,000-square-foot “reimagined” store in the Stanford Shopping Center in Palo Alto, Calif. 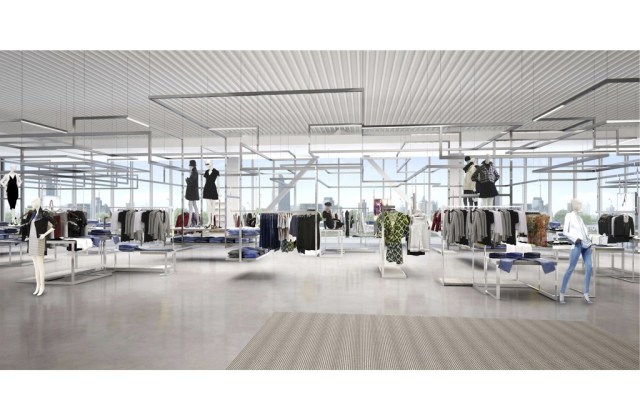 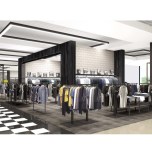 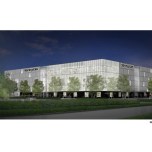 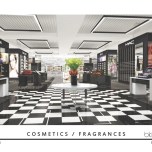 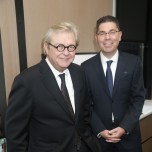 Bloomingdale’s store count is lower than the competition’s, but now it has the legs it hopes to use to catch up.

On Oct. 10, the 34-unit department-store chain will open a three-level, 125,000-square-foot “reimagined” store in the Stanford Shopping Center in Palo Alto, Calif., replacing Bloomingdale’s 18-year-old, 220,000-square-foot unit in the mall. The new store has 68 designer shops and 100 brands not previously carried there, creating what Bloomingdale’s executives call a “full-line assortment consistent with flagship locations” that are much larger.

The store assembles all of the latest in Bloomingdale’s consumer-facing shopping technologies and services, and represents an advancement from such specialized, scaled-down units operating in Manhattan’s SoHo neighborhood and in Glendale and Santa Monica, Calif.

The Stanford format, while seen as a vehicle for potential expansion, also reflects a renewed focus on California, which is Bloomingdale’s second-largest market accounting for roughly 25 percent of total revenues, comparable to what the 59th Street flagship in Manhattan generates. California, with 10 Bloomingdale’s stores including flagships in San Francisco, Costa Mesa and Century City, has more than any other state and can support additional sites. “We’re looking. There’s nothing to confirm,” Spring said. The Palo Alto prototype could fill in markets where there are flagships already and a demand for additional stores miles away.

In Los Angeles, the Beverly Center store is undergoing an overhaul. The second floor was renovated; the third floor redo is in progress, and the first floor is scheduled to be renovated next year. Also in Los Angeles, the Century City store will be renovated, top to bottom, beginning in 2015 and through 2016. A new cosmetics concept will be unveiled there. “We are making sure our existing stores are powerful,” said Spring, who said Bloomingdale’s performance in California has been “strong.” Los Angeles is also where Barneys New York, Saks Fifth Avenue and Neiman Marcus have been or will be pouring capital expenditure into locations.

Outside California, Bloomingdale’s is said to be eyeing the Pacific Northwest, Arizona and Texas, where the company has no stores, and Florida, where the company sees room for additional sites. A 120,000-square-foot unit in the Mall at Miami Worldcenter, Miami, is set for fall 2016, and a 167,000-square-foot store in Ala Moana, Honolulu will open in fall 2015. Bloomingdale’s one overseas unit, in Dubai and operated by Al Tayer Group, is performing well and there’s talk of additional Middle East stores. Bloomingdale’s 34 department stores and four home units compares to Nordstrom with 118, including one recently opened in Calgary, Canada; Saks Fifth Avenue with 39 in the U.S. and five in foreign countries, and Neiman’s with 43, including two Bergdorf Goodman sites.

Bloomingdale’s doesn’t see the Palo Alto store as a step-child to its flagships. “Even though it’s diminutive relative to most of our other stores, I think it’s the model for stores in other parts of the country,” said Spring. “It’s a perfect complement to flagship locations. There’s an efficiency there without losing the specialness of the store. It’s a way to have multiple stores in key markets that are sized to the opportunity.”

About a quarter of the exterior is designed in glass, for extra natural light, whereas most Bloomingdale’s have half as much glass exterior. The previous building, a former Emporium site that Bloomingdale’s took over in 1996, was demolished to make room for the new box, as well as specialty shops. “It was poorly laid out, cavernous, with a lot of dead space,” Hruska said.

Despite the scaled-down setting, women’s, men’s, children’s and home products will be sold, a range attained through a “tightening” of the shops, meaning sharper editing and an efficient floor plan. Home includes housewares, luggage, tabletop and domestics but no furniture, mattresses or rugs. Among the brands getting introduced to the assortment are Alice + Olivia, AllSaints, Canada Goose, Sandro and Lafayette 148 in women’s; in men’s, Ralph Lauren Black Label, Rag & Bone, P.S. Paul Smith and Marc by Marc Jacobs, and in beauty, Kiehl’s, La Mer, Nars, Trish McEvoy and Tom Ford Private Blend. Asked if any lines were dropped to make room for new ones, Spring replied that there was “nothing significant.”

Generally, Bloomingdale’s prefers to provide a full-line presentation to draw a wider clientele, make the store more interesting and eclectic to shop, and less dependent on any particular category. Compact stores can be very productive, though merchandising smaller quarters poses challenges in fitting it all in. As Spring explained: “It is about editing the assortment and making sure we have breadth in our categories to make our offerings meaningful and compelling. We wanted to make sure Stanford has a flagship presentation. The store underserved the Stanford consumer. Customers were telling us to give them the brands, the presentation and the environment they knew Bloomingdale’s was capable of providing. We also wanted to capitalize on the omnichannel behavior of the customer, and through technology we can offer shoppers an expanded assortment and availability….Rarely in life do you get a second chance at a first impression.”

In Palo Alto, Bloomingdale’s is rigged with the company’s latest technologies and services, including:

• “Smart” fitting rooms with wall-mounted iPads so shoppers can look up product information, color and size options and fashion reviews, and message associates and send photos to them to bring items into the fitting room. If an associate doesn’t respond quickly, managers take the call. Smart fitting rooms, seen in five other Bloomingdale’s locations, also have charging stations and mirrors with touch-screen lighting options for viewing the clothes in bright or darker environments.

• Touchscreen tablets. They enable customers to explore additional products in men’s and women’s shoes, handbags and home and share their favorite items with friends or selling associates. In shoes and handbags, customers can get advance looks at next season’s styles.

• Handhelds for all associates for mobile transactions and handy product information, and to call, e-mail and text customers.

“Associates aren’t tethered to registers anymore and customers are exposed to a larger assortment,” Spring said. “We tried very hard to deliver new technology without making the store too techie that it overshadows the brand image.”