The ath-leisure and performance wear brand is connecting guests — and increasing revenues — by way of the Sweatlife. 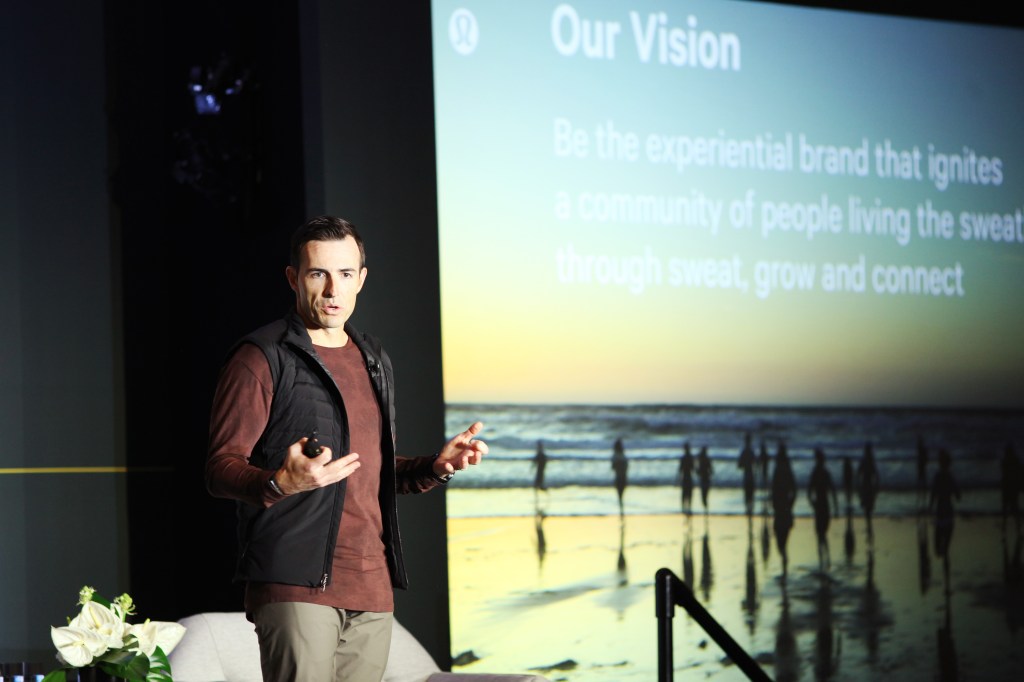 Luluemon’s Calvin McDonald looked right at home. Surrounded by more than 350 business leaders in their finest business attire, McDonald was dressed in Lululemon Lab men’s pants, a long-sleeve cotton T-shirt and black vest that’s part of next year’s collection. The only non-Lululemon part of his outfit were the shoes.

But McDonald didn’t look out of place among his peers. That’s because ath-leisure has become an important part of the retail ecosphere — one that cannot be ignored.

“What we call the Sweatlife is alive and well and kicking across the globe,” McDonald told the crowd. “What I refer to as the Sweatlife, we define as sweat, grow and connect. But what it really is, is what we think is a balanced philosophy of what we think brings out the whole human; the full potential of everyone that we want to interact with. We’re athletes designing for athletes. It’s the core of who we are.” 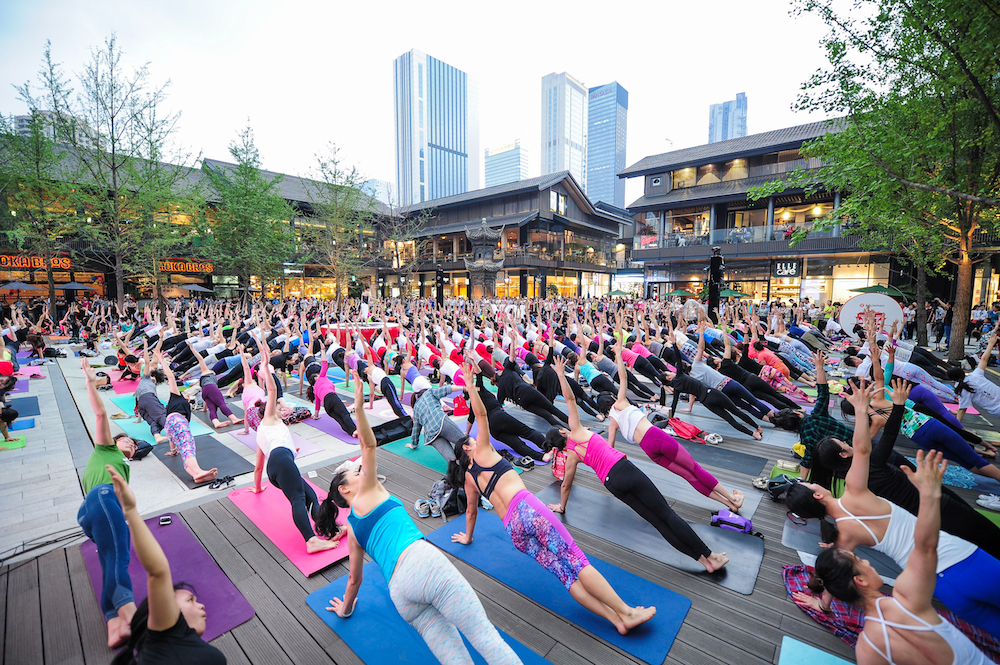 And no one illustrates this better than McDonald. Aside from running a $26 billion company and a busy travel schedule that has him jetting all over the world, the ceo regularly participates in triathlons, Ironman runs and multicity bicycle rides. (The first day of the Summit he squeezed in a morning run through New York’s Central Park.)

But this is precisely the point that McDonald is trying to make: don’t just sell products — create a community around the way consumers live that incorporates the most innovative products and experiences.

“It isn’t just, build a store and they will come, and think that that is going to ignite people to do something more than just purchase,” McDonald said. “That’s not the relationship that we’re looking for. The way we see our path to igniting that Sweatlife is through experiences.

“If you want to create the Sweatlife, the benefit of that vision is that we’re not confined to the four walls of this store,” McDonald said. “While others are trying to figure out how to make their four-wall environment experiential and be the draw for people to come in, we’re looking at that as an ‘and.’ Yes, we can do that — and how do we bring those experiences outside of the four walls of the store into the community?”

For Lululemon, that means putting the products to use by way of in-store events, marathons and Sweatlife Festivals in the four corners of the world.

Case in point, shortly after McDonald spoke, Lululemon announced that it had become a minority investor in Mirror, the interactive home fitness system. Consumers will soon be allowed to access a new Lululemon interactive meditation class in their homes by way of Mirror. The company’s founder, Brynn Putnam, is a former Lululemon ambassador. 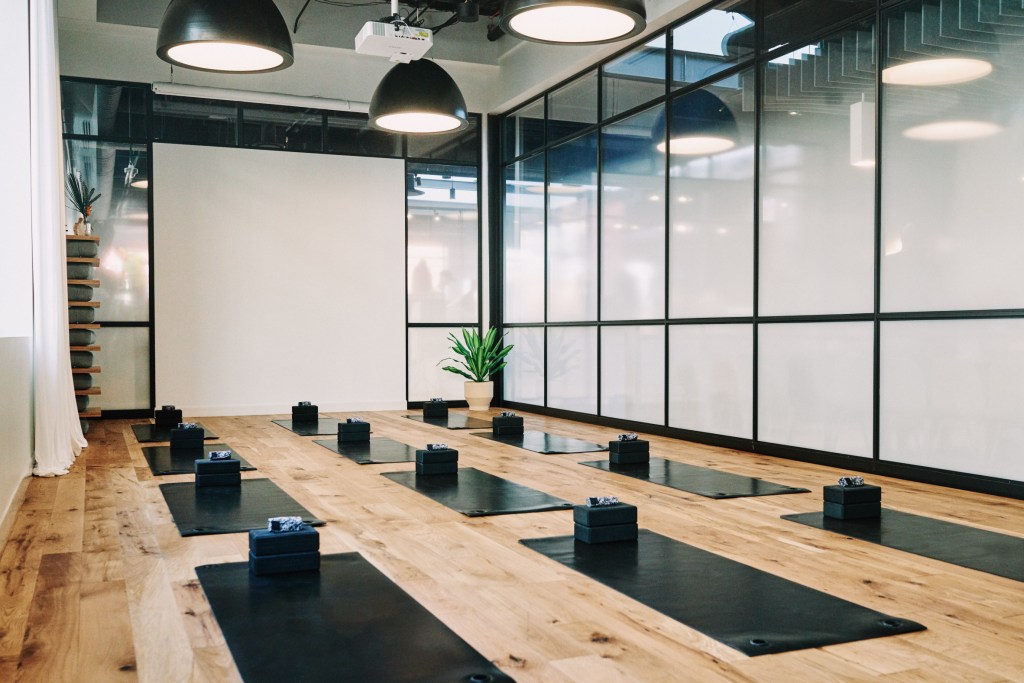 Other examples include Lululemon’s first experiential store, a 20,000-square foot store that opened in Chicago last summer. The space includes sweat and meditation studios, cafés with healthy fare and community rooms for things like networking events. At the Summit, McDonald said Lululemon is opening its second experiential store in Minnesota’s Mall of America in a few weeks.

Then there are the Sweatlife festivals that are popping up around the world in such places as Shanghai, Paris and London.

“We already run about 5,000 events across the globe,” McDonald said. “That’s a staggering number. We see these as the real physical expressions of living the Sweatlife. And these events are anywhere from in your store, on the weekends — it could be a yoga class, it could be a run club — and then building out to some of our pinnacle events. 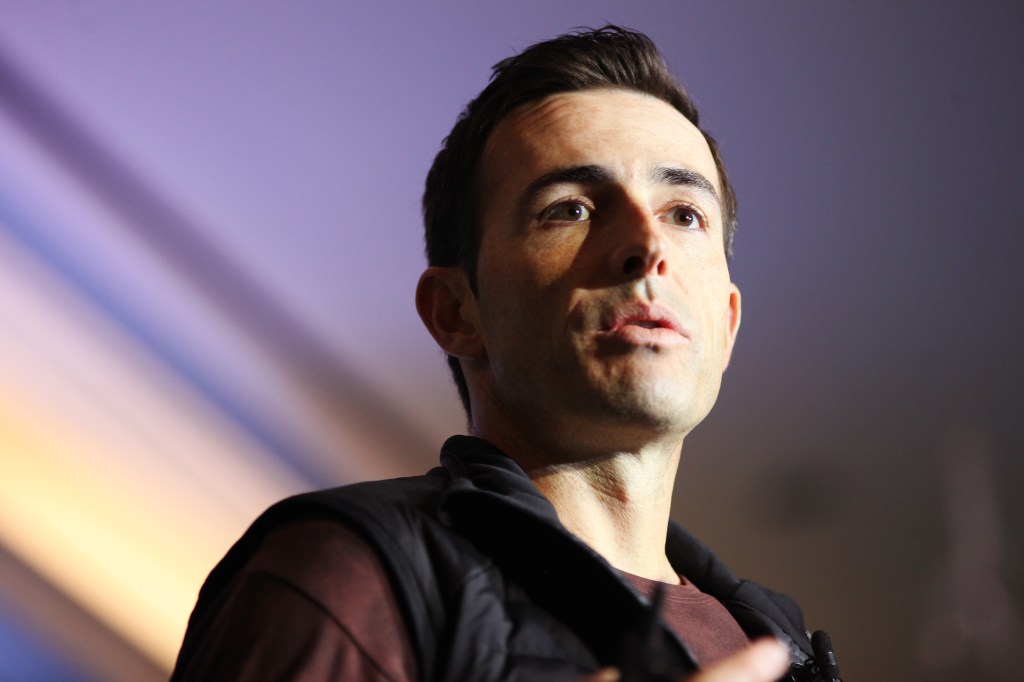 There are also the 15,000 legacy ambassadors around the planet living the Sweatlife every day. Or, Lululemon’s annual SeaWheeze Half Marathon near its headquarters in Vancouver. SeaWheeze’s 10,000-runner limit usually sells out in a few hours, McDonald said. That’s why this year Lululemon tested out a virtual SeaWheeze race, where runners in different parts of the world could sign up and had one week to run the length of the race (21 kilometers or about 13 miles.)

“It starts with our product,” McDonald said. “We take three really unique approaches to how we create it. One is our unique approach to innovation, which is what we call the ‘science of feel,’ which is through touch, temperature and movement. That’s how we look on solving the needs of our athletes.” 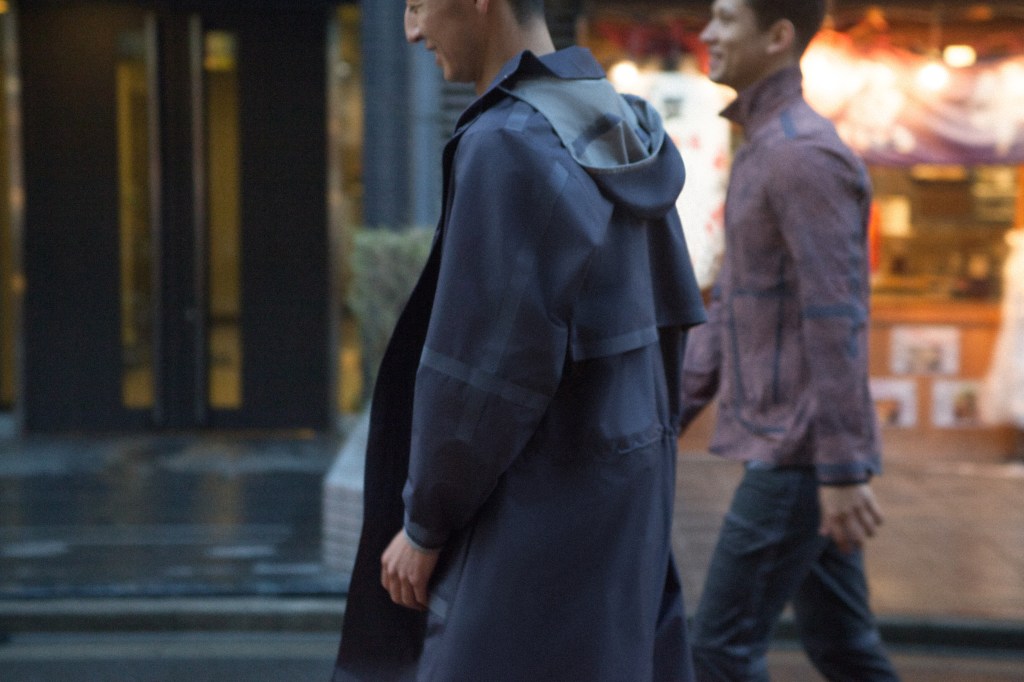 Interestingly, the company that began by selling yoga pants to female athletes now sells fashion products, men’s wear, accessories and personal care products, all designed to complement the Sweatlife. “We don’t align ourselves with just one means to sweat,” McDonald said.

The next part of Lululemon’s growth strategy is expanding the omnichannel, which includes launching new web sites in local languages around the globe.

“When we talk about our five-year vision, we’re in early innings, and omni is no different than that,” McDonald said. He added that Lululemon continues to innovate on what it can bring to guests digitally.

Finally, while other retailers continue to shutter brick-and-mortar locations, the company is moving into new markets. Currently, Lululemon is in more than 15 countries around the world, but McDonald said his team is looking at new locations outside of North America.

The ceo added that the company is going to open up about 70 seasonal stores this year, or stores that remain open only for about three months.

“It allows us to enter a community, or a new market,” McDonald said. “It gives guests the opportunity to not just see Lululemon, but experience Lululemon and see what the brand is all about. We have a huge opportunity around creating more brand awareness.

“And lastly is the notion of connection and creating bonds with others to build something bigger than we could alone,” McDonald continued. “The essence of what we try to do with our guests is to be in relationship with them.”

But the Sweatlife doesn’t end at the gym — or even while sweating. Lululemon has ventured into fashion and ath-leisure — clothes meant to be worn in between workouts. The company released its first fashion collection, a collaboration with men’s wear designer Robert Geller, earlier this year. Then in October, high-fashion women’s couture designer Roksanda Ilinčić released an ath-leisure collaboration with Lululemon. 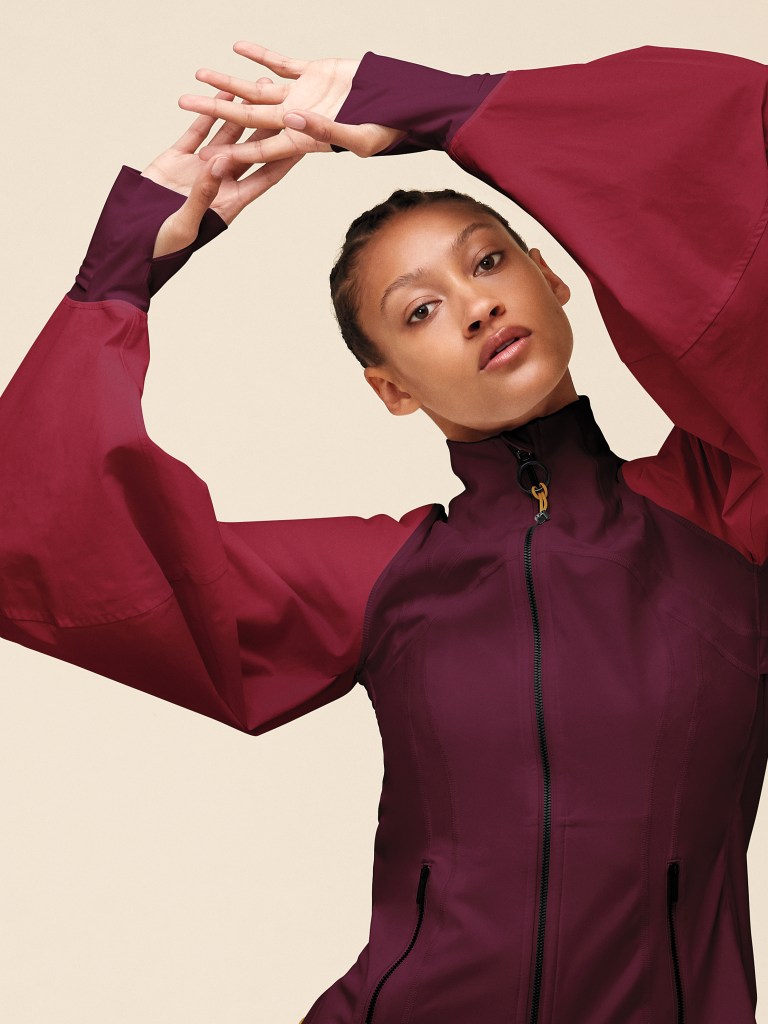 A look from the Lululemon x Roksanda collaboration.  Courtesy

“We look at a couple of areas where we let our merchants and our designers play a little bit,” McDonald said. “[Fashion] is going to be a small focus of the organization with the intent of learning to bring down [the designs] into core products. Some of the benefits of that are that we engage with some of our higher-value guests more. [The fashion collaborations] are not going to be something that we do a number of. But I do think a few times a year is an exciting way in which we can push an aesthetic within a particular category, delight our high-value guests and potentially acquire new guests along the way.”

Meanwhile, a number of competitors and new players in the space — both in performance wear and ath-leisure — continue to try to emulate Lululemon’s success. Some investors are worried too. The theory is that the stock has risen so much and so fast that it can’t get any better and will likely fall soon. Shares of Lululemon are up more than 41 percent year-over-year. More than 350 percent in the last five years.

But McDonald said he’s not worried.

“I’m a competitive person by nature and I know that success and when you have success, others will look to and try to copy that success,” he told WWD. “That’s the byproduct of leading a very successful organization that’s resonating.”