Plans for 2011 include six new stores and the debut of the Calypso St. Barth for Target collection. 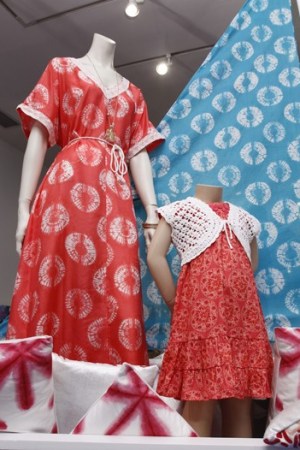 Calypso St. Barth’s atmosphere in recent years has been less tranquil than the tropical breezes the brand’s island namesake would suggest.

Christiane Celle, who opened the first Calypso shop in 1995 on a beach in St. Barth’s, sold a majority stake in her company to Solera Capital LLC in 2007, hoping it would help finance expansion. Instead, Celle found herself butting heads with Solera and resigned in 2008, citing unresolved material differences.

Robert Grayson and Kevin Mullaney of The Grayson Company, a retail consultancy, were hired in April of that year to lead Calypso on an interim basis. Jennifer Foyle was named president in January 2009, but left in July 2010 to join American Eagle Outfitter’s aerie division.

Stefanie D. Smith has been president of Calypso since August. She started her career in the Macy’s executive training program, did two merchandising stints at J. Crew and was working at West Elm when she was approached by Solera.

“I had actually met Molly Ashby [chief executive officer of Solera Capital] several years ago,” Smith said. “When the opportunity came, it was just the right timing.”

Calypso’s commitment to sun, sea and an unharried lifestyle hasn’t changed. There’s an almost a singular focus on comfort and ease. A Boho streak by way of the Cote d’Azur comes through Calypso’s apparel, which is overseen by Elissa Miller, vice president of design, and accounts for about 60 percent of the total offering. Brands such as Velvet, Hanii Y and Antik Batik comprise the remaining 40 percent. “Our goal is to build the Calypso brand to 70 percent of the total mix,” said Smith. “We also want to have cool, interesting products. Without some of that DNA you’re just like everyone else.”

“People come to us for this,” said Smith, pointing to a soft rayon jumpsuit made in Bali. “They come for a certain vibe, a certain look.” That look includes a sleeveless maxidress made of an Italian woven fabric, $650, and a one-shoulder tie-dye asymmetric Shibori gown with a braided strap, $395. “We’re working with knitters in Africa and artisans in India,” Miller said. “Having that hand-touch is important.”

“Elissa Miller has been here for years and she never had a team,’ Smith said. “Her ideas can now come to fruition.”

Under Solera, Calypso closed nine unproductive stores, including its four-level flagship at 815 Madison Avenue, a Calypso Enfant boutique on Broome Street in SoHo, Calypso Bijoux on Mott Street, an outlet store in Florida, a Paris unit on Avenue de la Motte and “a couple of other teeny stores” in Paris, Smith said. Calypso is planning to develop children’s again, reintroduce fine jewelry and also delve deeper into lingerie.

Closing underperforming stores and rebuilding the management team happened as Calypso was navigating the recession. “We’re only a few years off plan,” said Ashby. She plans to double the current store base of 27. This year’s sales will be $60 million, she said.

Six new stores will open in 2011. A 2,400-square-foot unit at 900 Madison Avenue, between 72nd and 73rd Streets is set to bow in July. A Calypso Home store launched Thursday in Dallas at the Plaza at Preston Center and another unit will open at the Scottsdale Quarter on May 12. A store on Greenwich Avenue in Greenwich, Conn., opened in November.

“When we bought Calypso, the footprint was heavy in the Northeast,” Ashby said. “We had stores in California, Texas, Florida and Chicago. We’d like to build out the Southeast and Southwest. We’d like to balance the store concentration better geographically. We’ve always been interested in Europe. We believe the brand has global capabilities. We’re going to open a store in Paris in 2012.”

The online business has grown exponentially and the company is putting resources behind the Web site. Calypso is also working on a mobile app.

In a coup, Calypso landed a partnership with Target for the Calypso St. Barth for Target collection, launching Sunday. The collection encompasses categories such as women’s, home, fragrance and kids. “It has integrity,” Smith said of the line. “There’s 100 percent linen and 100 percent silk. [The project] kept gaining momentum. We kept adding products and categories and doors. Now it’s going to all Target stores. It went from a print campaign to TV.”