The deal with the Hy-Vee grocery chain marks another attempt by Joe Fresh to build a U.S. presence.

Joe Fresh, the Canadian contemporary fashion brand, is back again, building up a presence in the U.S.

This time it’s with the Hy-Vee grocery chain in the Midwest, which in the past week began installing shop-in-shops. Hy-Vee’s format is similar to the Joe Fresh presence inside hundreds of Loblaw supermarkets in Canada.

Joe Fresh expects to have 15 shop-in-shop locations inside Hy-Vee in the next two months. Four Joe Fresh shops, in Hy-Vee groceries in Missouri and Nebraska, have already opened, including Lincoln, Neb.

“Partnering with Hy-Vee allows us to leverage the already successful Canadian shop-in-shop grocery store format,” said Lindsay Cook, vice president of marketing and communications for Joe Fresh, which is based in Toronto.

Joe Fresh has had a bumpy ride in the U.S. Three years ago, the brand, known for its modern, easy and affordable styles, closed the last of a handful of freestanding stores in Manhattan that were situated on prime Fifth Avenue, Madison Avenue, 34th Street and SoHo sites.

Before that, Joe Fresh had a two-year run in J.C. Penney Co. Inc. in a distribution agreement that expired in January 2016 and was not renewed.

Joe Fresh has a limited presence in the U.S. It’s available at Nordstrom Rack locations, as well as on joefresh.com and hautelook.com, which is owned by Nordstrom. There is also a small assortment of hosiery available on amazon.com.

At Hy-Vee, “The collection will reflect the same merchandising and presentation standards as the Canadian business,” said Cook. “There’s a definite ease of shop, whether you’re looking for that one quick pick-up item or a full head-to-toe wardrobe solution. The bright colors and strong commodity statements are presented in a way that draw you in and allow you to discover the entire collection.”

She added that there is not any product exclusive to Hy-Vee, and that assortment is predominantly women’s sportswear and kids from newborn to 14. Select stores will carry men’s wear, Cook said.

Two years ago, Hy-Vee formed a partnership with F&F, an international fashion retailer with nearly 750 locations in Europe and Asia. But the F&F merchandise is moving out to make room for Joe Fresh.

Asked if Joe Fresh is considering selling to other U.S. retailers, Cook responded, “Our immediate focus is on the successful launch with Hy-Vee.”

Regarding the possibility of once again opening freestanding Joe Fresh stores in the U.S. again, Cook said, “No. It is not something that we are pursuing at this time. Further expansion plans are not out of the realm of possibility, it’s just not the primary focus at the moment.”

Joe Fresh is available internationally through local partners in the Philippines, as well as the U.S. In Canada, Joe Fresh products are available in more than 1,450 retail locations including more than 350 Loblaw locations, 1,300 Shoppers Drug Mart locations, 11 freestanding Joe Fresh stores and joefresh.com.

The 13-year-old Joe Fresh brand is part of Loblaw Cos. Ltd., controlled by the Weston family, which also owns the Selfridges Group that operates Holt Renfrew in Canada, Brown Thomas in Ireland and Selfridges in the U.K. Joe Fresh began when Loblaw Cos., Canada’s largest food and drug retailer, reached out to designer Joe Mimran, who cofounded Club Monaco, to create clothing for the Loblaw chain in 2004. 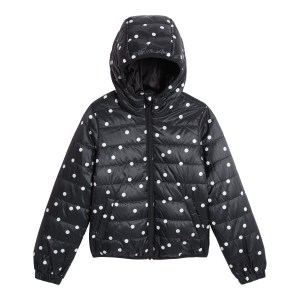