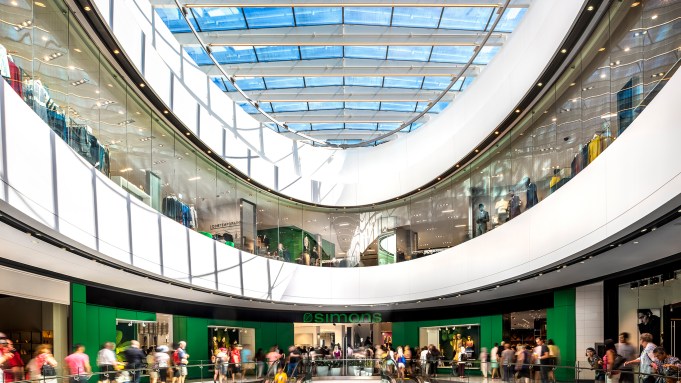 TORONTO — Like the country in which it was born, Canadian department store La Maison Simons has deep roots and a vision for the future.

“Simons began in 1840 so it’s got a big history, just like Canada,” said co-owner and vice president of marketing, Richard Simons. “Looking forward I think we’re about to see some very interesting times ahead, particularly in retail. Our company wants to lead the way with inspiration, innovation and great social responsibility.”

Since then, five generations of family have been involved in what has now become a large-scale hybrid known for carrying mid to high-end-priced private labels and luxury brands for women and men, as well as soft home goods for the kitchen, bath and bedroom.

“Everyone from skateboarders to their grandmothers shop at Simons,” Simons asserted. “We’re like this hidden gem to those who discover us. But that’s because we are not the traditional department store. We make shopping a joyful experience in these beautiful spaces we create.”

Over the last five years, the retailer ventured beyond Quebec to launch its first stores in Vancouver, Edmonton, Mississauga, Ottawa and most recently in Calgary.

Simons currently operates 15 stores, nine of which are in Quebec.

“Our focus is on Canada now, primarily because we don’t want to be that kind of ‘big” retailer who doesn’t connect with its community,” Simons said in an interview. “But we needed more size to get to where we want to be to develop our in-house design and accomplish other goals before our 200th anniversary.”

As part of that push, Simons’ stores will continue to showcase a diverse blend of Canadian brands alongside larger international labels.

“Frankly, a Canadian designer like Denis Gagnon feels very different than Canada Goose or Sid Neigum, which we carry. But we’re laser-focused on educating shoppers about Canada’s homegrown talent,” said Simons. “Canadian designers are among our bestsellers.”

In 2017, the retailer also launched The Simons Fashion Design Student Award at the Canadian Arts and Fashion Awards, which promotes Canada’s designers at home and abroad.

This inaugural $5,000 prize was awarded to LaSalle College Fashion Design alumna Xiaoyi Li at a ceremony in Toronto last April.

“Launching this award goes way beyond a charitable act,” said Simons. “Supporting Canadian talent is in our best interest. It goes to the values of our company and our vision for the future.”

“In 2018 we will open our first zero-carbon store in Quebec City,” he noted.

Built at a cost of $50 million Canadian, this eco-friendly prototype will reside in Les Galeries de la Capitale, the largest and most visited mall in Quebec City.

Featuring solar panels, LED lighting, recharging stations for electric cars and other innovative technologies, the move makes Simons one of the first major Canadian retailers to back green technology and adapt its benefits to its business.

“Responding to this eco-trend is more than marketing for us. It’s aligned with our core values,” said Simons.

The same is true of the company’s implementation of nimble digital and interactive technologies in all its stores, as well as work by Canadian artists in each location.

“Over the years we have invested substantially in the art and architecture in our stores. That kind of artistry and beauty is part of who we are,” said Simons.

The Square One location in Mississauga, for example, features a sculpture by ceramic artist Brendan Tang, as well as a floating staircase and a 30-foot illuminated wall suspended.

Other Canadian artists like Douglas Coupland have also been commissioned to adorn new units. Yet no two Simons stores are alike, with each location taking its inspiration from the unique geography of the city it occupies.

“Many companies would look at us and say we waste money on artists and designers. But we feel a responsibility to do the right thing,” said Simons. “The Canadian consumer has to be wooed. For them, shopping is like seeing beautiful art. They connect with it on many emotional levels. That is why creating a unique in-store experience is critically important.”

Yet even as high-end foreign retailers continue to flood Canada, including U.S. bastions like Saks Fifth Avenue and Nordstrom, Simons remains unfazed.

“Our competitors do their thing. We do ours. But we keep our focus on great fashion, customer service and getting the right product into our customers’ hands” said Simons, whose company just opened a buying office in South Korea.

“Retail has come a long way from the days when my grandfather headed overseas for buying trips that took 60 days. Now fashion is instantaneous. But it all comes down to giving customers what they want,” he said.

“Remember, consumers want that freedom today to mix a $3,000 jacket with a $20 T-shirt. They want great technology and a beautiful store experience. But I feel retail’s future will ultimately to be tied to the joy of discovery,” said Simons. “Shopping should be like music. You have to find a joy in it that is endless and never boring.”