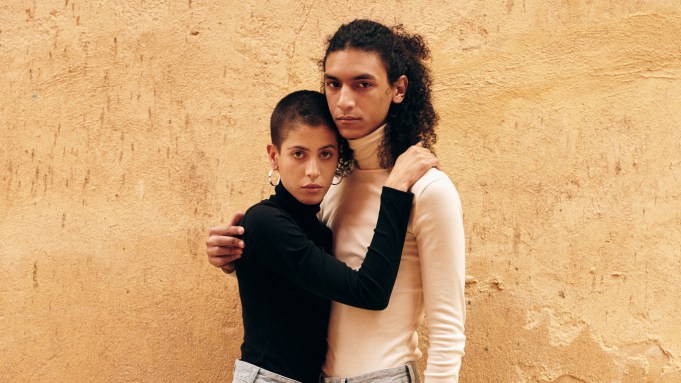 When Kotn cofounders Mackenzie Yeates, Rami Helali, and Benjamin Sehl launched their ethically crafted, farm-to-table lifestyle brand in 2015, they began with little more than a “Why not?” attitude and the online sale of just three tailored T-shirts, each made with super-soft Egyptian cotton sourced from the Nile Delta.

Since then the sustainable, fair-wage retailer has spawned a wide-ranging, approachably priced assortment of wardrobe essentials and homewares for 25- to 35-year-old women and men; retail locations in Toronto, Montreal and, of late, Vancouver, and percentage revenue growth that has been in the triple digits.

What’s more, Kotn’s inborn commitment to build schools in Egypt’s Nile Delta region and beat poverty through education has also earned a growing international following. “Our goal is to build 53 schools by the year 2025,” said Kotn chief executive officer Helali, whose company so far has helped build 15 schools there, with 88 percent of its student body comprised of girls.

Now the retailer, voted B Corp’s “Best for the World” in the Community category in 2021, is marking another milestone, getting its U.S. expansion underway with the May 26 launch of Kotn’s first store in Los Angeles.

“Our goal over the next 18 months is to open eight to 10 stores across the country. That includes a 2022 launch in New York,” Helali told WWD.

With a retail strategy that focuses on meeting its online community where they are, Highland Park offered just the spot where Kotn could become part of their customers’ everyday lives.

“There aren’t a ton of tourists around and it has a unique culture and neighborhood feel. But this is where those who shop our brand from L.A. are mostly located,” she added. “Here we could target our core customer and focus on building a deeper and more meaningful relationship with our community in person.”

Done in collaboration with Venn Studio, an L.A.-based architecture and interior design firm, Kotn’s first U.S. store blends historic touches original to the building — such as its facade, vaulted ceilings and shafts — with an overall decor inspired by the brand’s Egyptian origins. That includes rugs, stonework seating and striped canopy drapes over the changing rooms, which mimic the coverings Egyptians use over their cars.

Once inside, Kotn offers up an assortment of essential apparel such as T-shirts, tanks, denim, sweats and sweaters, along with sheets, blankets, bedding and newly launched towels, all crafted from Egyptian cotton, linen and wool.

“We are expanding our homewares this fall,” said Yeates, whose company will introduce new towel colors and styles at that time.

Kotn will also present collaborations with artists and designers to tap into their L.A. customers. Though further details have yet to be confirmed, “This is the plan for our L.A. store,” Yeates confirmed.

To date, Kotn has ventured into Portugal and is currently looking to expand its manufacturing into African and Mediterranean communities, where it will keep its focus on the environment and the brand’s social impact.

“We as a company think about the impact we are having on communities, as well as how to build them up, get them out of poverty and support change,” said Yeates. “We don’t have a silver bullet for success. But we listen to our staff, to our customers and to the people in our supply chain. That’s what got us here today.”

Indeed, from Helali’s perspective, “I don’t think we would be here today without balancing a certain amount of naïveté with a grounding in reality. In some ways you’ve got to stay naïve in your thinking to build a company that has great longevity. That’s what helps you grow, excel and to keep saying ‘Why not?’ when others are saying no.”