The Italian company has moved into a new development on the corner of New Bond Street and Brook Street in Mayfair, one of London's hottest retail neighborhoods.

LONDON — Canali is looking to the future with a new store on New Bond Street, which remains one of the most in-demand retail strips here despite the damage wrought by quarantine measures and a lack of international travel.

The store is located at 64 New Bond Street at Brook Street. The corner unit is part of the new, Hanover mixed-used development that’s being managed by Great Portland Estates. It is not far from Canali’s former store at 126-27 New Bond Street.

Canali is among the first tenants to move into the new development, and will sit alongside non-retail businesses including Glencore and KKR, which have pre-let 111,100 square feet of office space for their European headquarters.

The Canali interiors have been designed by the creative studio Hangar Group, and the style is meant to evoke 20th-century Milanese residential architecture, with veined marble on the floors, clean lines and textured surfaces, such as the mosaic of velvet tiles by the checkout area.

Alberto Bovo of Hangar said the aim was to create a “brighter and more ethereal atmosphere” with design elements such as horizontal bands of Canaletto walnut, and sculptural pieces including rounded fixtures and oval table tops. 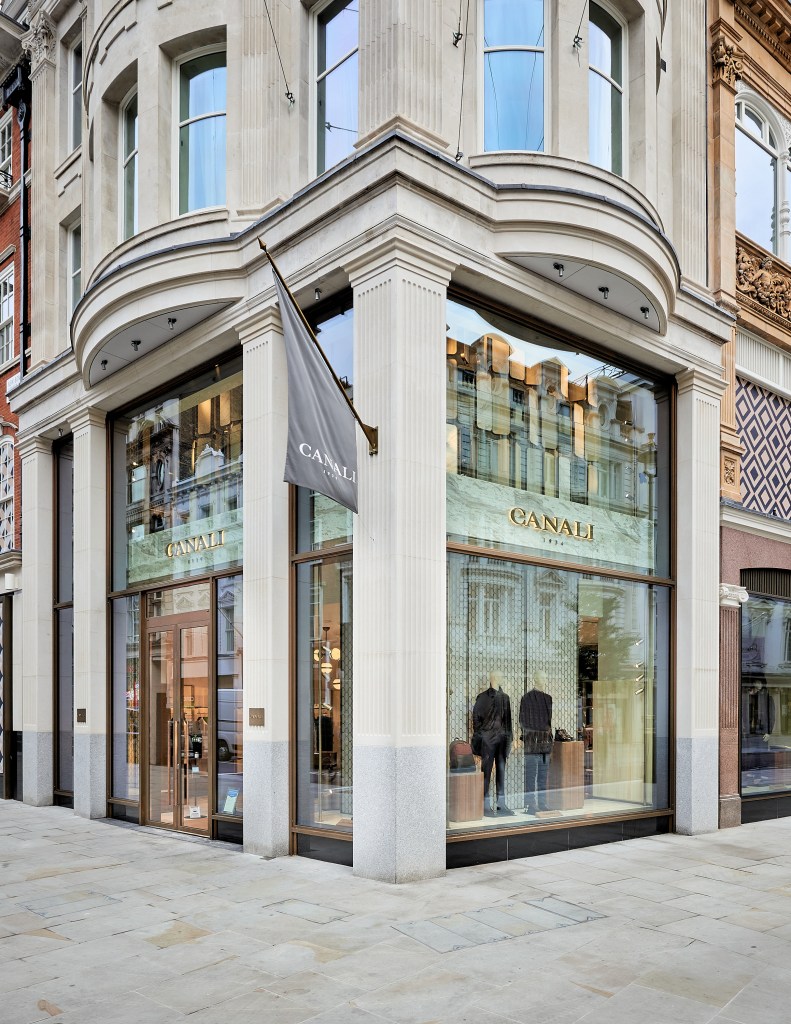 The new Canali store on the corner of New Bond Street and Brook Street in London.  Courtesy of Canali/Carolina Mizrahi

In a telephone interview, Stefano Canali said while New Bond had been the brand’s London home for the past 20 years, the company was eager to move to a “better location on the street, more prestigious and modern, with a bigger facade,” and the scope to integrate a series of digital features over the next few years.

Asked about opening in the current, difficult climate in London with zero international tourism, social distancing measures and many people working from home — and not wearing suits — Canali was upbeat.

“Opening stores is a sign of optimism,” said Canali, whose grandfather and great-uncle founded the business more than 85 years ago. “People will come back to physical stores to touch and feel products, they’ll return for meaningful experiences.”

He added that lockdown measures over the past year only accelerated the trend toward casual dressing and softer, deconstructed, sportswear silhouettes. “Tailored clothing isn’t what it used to be,” he said.

Asked about the lack of international tourists, which had been keeping so many London luxury retailers afloat pre-COVID-19, Canali said the brand’s local clientele remained important. “There has always been a mix of customers in London. We’re still in touch with them digitally, and maintaining our relationships here.”

Canali also said online sales had been robust during lockdown, with customers buying more casual, comfortable clothing. “People wanted to be stylish, and express themselves, too. Also, they were buying less, and buying better from the brands they trusted.”

A month ago, the company launched a web site called Anthology, which aims to tell the Canali story and show how the company has reacted to past difficulties and outside changes that have impacted business.

At the time, Canali said there would be further digital expansion in 2021 and growth in China, where the company took control of 10 boutiques from its franchised partners earlier this year. In an interview last month, Canali said China has returned to its pre-COVID-19 performance, and is showing further potential. 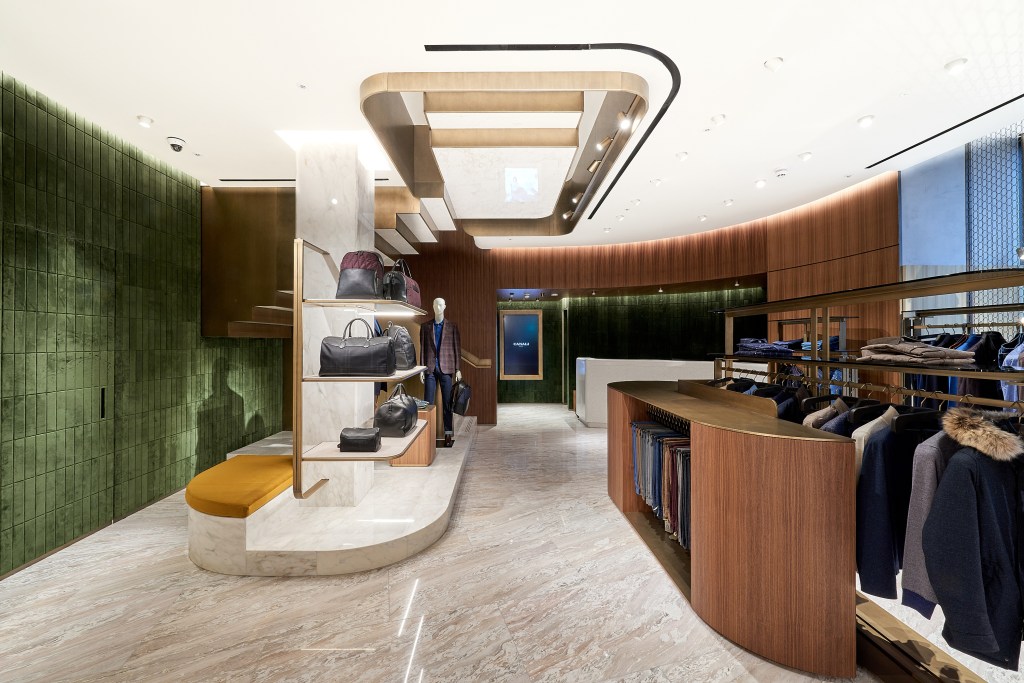 Right now, New Bond is even more in demand than Old Bond Street, which is the lower end of the long thoroughfare that connects Oxford Street with Piccadilly.

Although there are many fashion stores on Old Bond, such as Prada, Alexander McQueen, Stella McCartney and Tod’s, that end of the street is dominated by high-end jewelers, and tends to get less footfall than its neighbor.

New Bond Street is already the most expensive shopping thoroughfare in Europe and the third most-expensive worldwide, after Hong Kong’s Causeway Bay and upper Fifth Avenue in Manhattan.

According to Cushman & Wakefield’s annual survey of the most expensive shopping streets, rents on New Bond were $1,714 per square foot per year in the second quarter of 2019.

As reported, LVMH Moët Hennessy Louis Vuitton has been sliding its brands around like chess pieces into key positions on New Bond, with Celine the latest name set to move there next year.

Celine will open next door to fellow LVMH brand Loewe, which is located at 41-42 New Bond Street, and its luxury neighbors will include Ermenegildo Zegna, Azzedine Alaïa, Smythson, Chloé, Ralph Lauren and Delvaux.

Earlier this year, Brunello Cucinelli moved onto New Bond Street, while Versace is set to open a unit in what is now the Bally flagship on the corner of New Bond and Maddox streets. The Versace store, which is set to open later this year, will span 7,244 square feet and will offer a full selection of men’s and women’s ready-to-wear and accessories over three floors.

Chanel, meanwhile, is closing in on a deal to purchase its New Bond Street flagship from SEB, the Swedish pension fund that owns the property. As reported, SEB was originally asking for offers around 240 million pounds, and Chanel was reported to have offered 310 million pounds for the site at 159 New Bond Street.