Consumers are increasingly looking for experiences over shopping, putting pressure on brands and retailers in traditional shopping destinations such as New York, London, Paris and Milan. As a result, companies are being forced to develop new strategies to lure shoppers — so why not go where they’re going and open shops where they’re spending their leisure time?

Even if in Italy where, for example, 70 percent of tax-free shopping is finalized in Milan, Rome, Florence or Venice, holiday destinations play a significant role in the overall domestic retail business.

The island of Capri leads the pack thanks to the number of American tourists, who in 2018 finalized 49 percent of the tax-free purchases on the island, with an average spending of about 1,400 euros per single purchase. While in the first quarter of this year Americans were followed by shoppers from Taiwan and China, the previous year saw Australian tourists in second position.

See Also: How European Retailers Can Beat the Heat

Perhaps that is why Australian brand Zimmermann chose Capri this summer to help boost its successful resort retail business, which already counts units in Saint-Tropez and East Hampton. 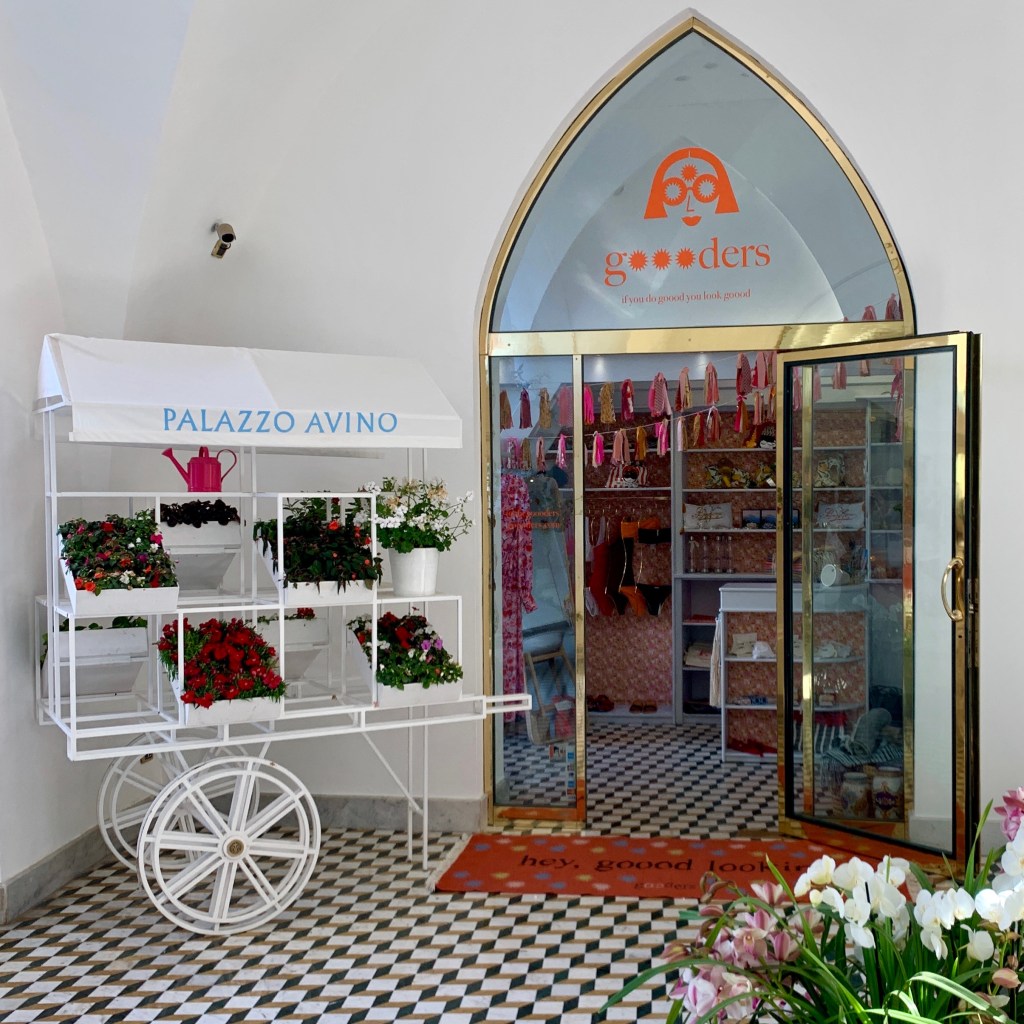 “Capri is an Italian icon with a unique atmosphere,” said Massimiliano Ferrari, cofounder and chief executive officer of beachwear brand MC2 Saint Barth, which operates 34 stores in Europe, located in key cities, as well as prestigious international beach destinations, from Saint Barth to Greece. “The retail business in Capri is restarting after a tiny slowdown in the past seasons…the island with its iconic Piazzetta is definitely the Montenapoleone by the sea,” Ferrari said, comparing the Capri street to Milan’s famous shopping corridor.

While Capri is important, Ferrari believes Mykonos may be the most promising resort retail destination.

“Mykonos is the location which in the past three years grew more,” he said. “From being a Greek island mostly frequented for its nightlife, now it welcomes a more sophisticated audience who is open to spend money in the stores on the island. The retail business is really expanding here and it’s not by chance that brands like Louis Vuitton and Off-White have opened stores here. The luxury world is really looking at Mykonos.”

The Milanese entrepreneur added that Ibiza also remains a top resort retail destination for brands and retailers thanks to the fact it attracts a varied range of tourists, including trendy Millennials and sophisticated Baby Boomers.

Alongside stores from leading retailers such as Milan’s Antonioli and the pop-up shop of Dior, which will be open through the end of September, Ibiza this season saw several emerging brands open boutiques. Among them are Italian beachwear label Oseré and Milan-based footwear brand Manebì, which both opened units in the tiny streets surrounding the island’s Old Port at the foot of Dalt Villa.

Another key retail trend this summer is seeing brands create a slew of activities and activations at luxury hotels in well-known holiday destinations.

Marie-Louise Sciò, the vice president and creative director of Pellicano Hotels Group, which controls the exclusive Il Pellicano, La Posta Vecchia and Mezzatorre Hotel & Thermal Spa, is sure there is significant potential for fashion brands when they are presented in luxury hotel destinations.

“When people are on vacation, they have a different, happy mood. They socialize in a way they would never do in their everyday life and also when it comes to shopping they get more interested and spontaneous,” said Sciò.

The hospitality entrepreneur opened the first boutique at Il Pellicano, the legendary hotel located on the Tuscan coast, 10 years ago and since then she has developed a range of collaborations with luxury brands including Faliero Sarti, Olympia Le-Tan, APC and Francesca Ruffini’s For Restless Sleepers, to cite a few.

This summer Sciò linked with Birkenstock to develop a capsule collection offering an elevated version of the brand’s signature Arizona sandal, which she revisited using chic materials and details, such as raffia, silk and contrasting piping.

In addition, last June Scio’ teamed with Matchesfashion.com to crate a traveling pop-up store on a yacht moving among her group’s three hotels.

Mandarin Oriental also has shown a strong interest in fashion this summer.

Along with launching a customization service in collaboration with the eyewear brand Persol exclusively available at its new hotel on the shores of Lake Como, Mandarin Oriental opened the doors of its Turkish estate in Bodrum to Chanel, which installed in the hotel’s lush garden a pop-up store in the shape of a rectangular structure combining travertine stone, wood and glass. The pop-up carries a selection of looks from Chanel’s elaborate Paris-New York Métiers d’Art collection, along with sporty styles from the Coco Bach de Chanel range and selected pieces from the brand’s spring 2019 ready-to-wear lineup.

See Also: The Hidden Heroes of the Retail Revolution

“After 15 years in the world of fashion, I really matured the desire to find a balance between what is beautiful and what is conscious,” said Fontanelli. “Goooders was actually born from the desire of collecting brands and products offering high quality, a great aesthetic value and rooted in environmental and social responsibility.”

The first temporary store from Goooders, which will be open through October at Palazzo Avino, includes brands such as trade fair jewelry label SeeMe; Sarah’s Bag, which offers bags handcrafted by unprivileged Lebanese women; I Was a Sari, which transforms second-hand Indian saris into new garments; eco-friendly sneaker brand Yatay, and Capodimonte’s porcelain designs.

“Time” is what makes the combination of fashion and travel so appealing, according to Occhio. “Behind brands there are usually amazing stories but during our everyday life we don’t have time to listen to them,” she explained. “Today’s biggest luxury is time and when people are on vacation at exclusive destinations such as Palazzo Avino they can finally slow down, they get more curious and they have fun discovering new things.”