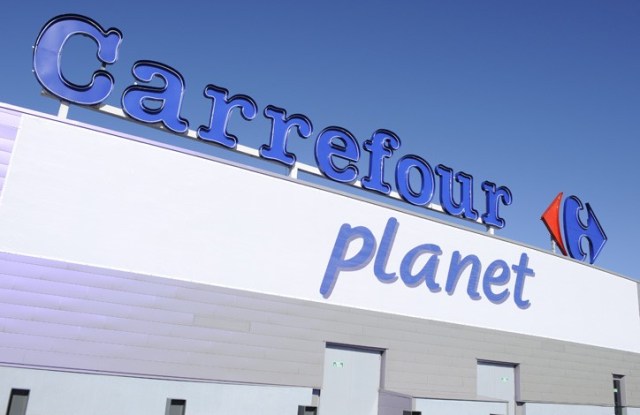 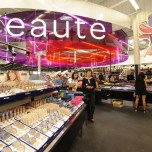 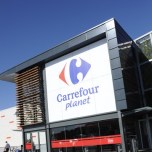 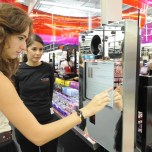 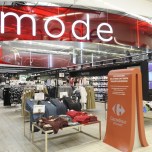 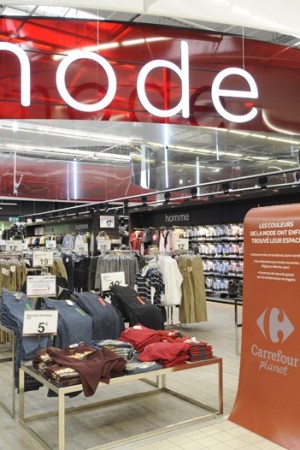 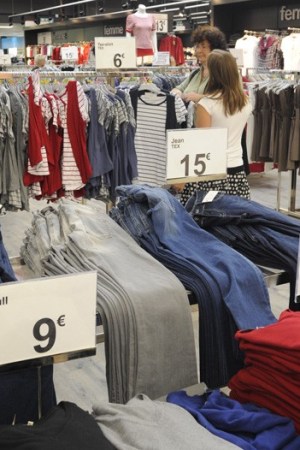 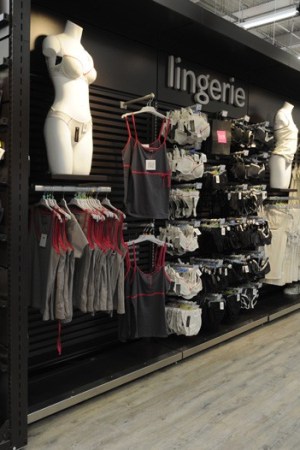 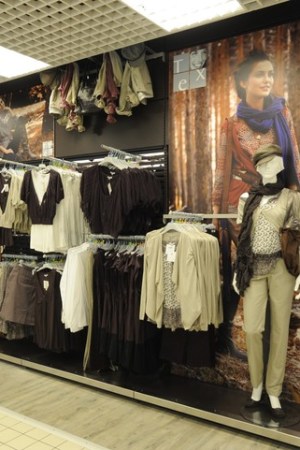 This story first appeared in the August 26, 2010 issue of WWD. Subscribe Today.

Braving new frontiers under the new Carrefour planet banner in France, the world’s second-largest retailer behind Wal-Mart Stores Inc. plans next year to roll out its 21st-century take on the hypermarket format, which it claims to have invented almost 50 years ago.

Five “new generation” Carrefour pilot stores are already in operation in Western Europe, based in France, Belgium and Spain.

Various licenses and corners are also being introduced across the sites, such as a Virgin Megastore shop-in-shop at the Carrefour planet in Vénissieux, a suburb of Lyon.

Strolling through the clothing area of the revamped 156,000-square-foot pilot site opened in Ecully, in the suburbs of Lyon, James McCann, a former Tesco executive who in January was appointed Carrefour’s executive director for France, said apparel holds a “very important” place in the new concept.

Focusing on Carrefour’s own-label Tex brand, which is headed by a central team in Madrid, apparel has been rejiggered on every level, with broader ranges. The bulk of the group’s apparel offer centers on casual basics.

Carrefour, with overall sales last year of 96 billion euros, or $123.1 billion, tied with Galeries Lafayette as France’s top retailer in terms of market share in a survey of clothing consumption by the French Fashion Institute (IFM) covering the period of September 2008 to August 2009.

Said McCann: “We think we’ve made a huge step forward.…The range itself, the visual merchandising, the styles that we’re moving into and the price points that we’ve managed to hit by buying together [across the group’s territories] puts us in a different place from where we were a couple of years ago.”

Antonio Gonzalo Bravo, director of textiles, France and Carrefour Group, said speeding up the process to compete with fast-fashion retailers like Inditex SA and Hennes & Mauritz AB remained a priority, centering on four seasonal collections with regular injections of new product. The styles reflect elaborations on “[mass] trends,” he said.

“We’re now buying the majority of our clothing with our Spanish [team], but more and more we’re buying in Belgium, Italy and France,” added McCann. “It’s our belief that [operating on] a combined buying scale means we can do a better job for our customers. We’re doing more and more buying as one across [all departments].”

Along with innerwear, clothing is positioned next to the health and beauty areas, as one of eight clearly defined universes. Men’s and women’s sections are separated by tall black units, though the layout varies for each store.

Carrefour’s renewed interest and attention on apparel and fashion contrasts with Wal-Mart, which seems to be de-emphasizing the category in the U.S. Mike Duke, Wal-Mart’s chief executive officer, recently said apparel was not a primary sector for the retailer, and other executives have said the company will now focus on providing basics at low prices rather than fashion.

Speaking at the store’s inauguration Tuesday night, Carrefour ceo Lars Olofsson said the new-look stores aim to combine “pleasure, service and good deals.” The company has been faced with a drop in consumer spending on durable goods and stiff competition from discount retailers and mini local supermarket formats currently mushrooming across the country, and the “reinvention” of the hypermarket format, which generates half of Carrefour’s revenues in France, has been top of the agenda for Olofsson since his arrival at the group in January 2009.

Carrefour planet unites concepts tested out over the past 10 to 12 months, following a survey of some 50,000 clients and non-clients, Olofsson said.

After scanning bar-coded cosmetics onto the device and having their pictures taken, customers can check out photo-realistic simulations of the products on their faces. Shoppers can save their images and e-mail them to themselves.

In lieu of standard shelving units, the area boasts black flooring and a series of black and chrome merchandising units.

“There’s a need today for all hypermarkets to try to bring more excitement, more clarity, more service — without losing their competitiveness in price — to the consumers,” said Navellou, adding that hypermarkets are a dominant distribution channel for the group. “It’s very important for us to collaborate with these retailers, to effectively renew, reinvent, to modernize the way to shop in their stores.”

Next Tuesday, Carrefour is to present its first-half results, with analysts expecting an improved performance in France.