People walk past a poster of Singles' Day festival.

LONDON — A week after the record-breaking Singles’ Day shopping festival, where sales doubled to $74.1 billion this year, more data from the platform and individuals brands is providing a clearer picture of who is doing better than the rest during a robust China rebound.

According to Tmall, some 564 luxury brands — 65 of them hard luxury brands — joined this year’s Singles’ Day, and more than 200 of them participated directly from their official stores on the platform. Cartier, Montblanc, Balenciaga, Chloé, and Kenzo were among 26 brands partaking for the first time.

Three brands hit the 100 million renminbi, or $15.2 million, sales mark on Tmall this year. They are Cartier, Coach, and Michael Kors.

Net-a-porter, Bottega Veneta, Qeelin, MCM, Michael Kors, and Coach surpassed their 2019 sales figured within the first hour during that day.

Burberry, Chloé, Balenciaga and Valentino released exclusive items for the shopping event, while local press reported that Prada implemented discounts on select items on a Tmall store, which is an authorized store and which is not directly operated by the brand, from midnight to 7 a.m. to boost sales. Its official store offered gift with purchase on that day. 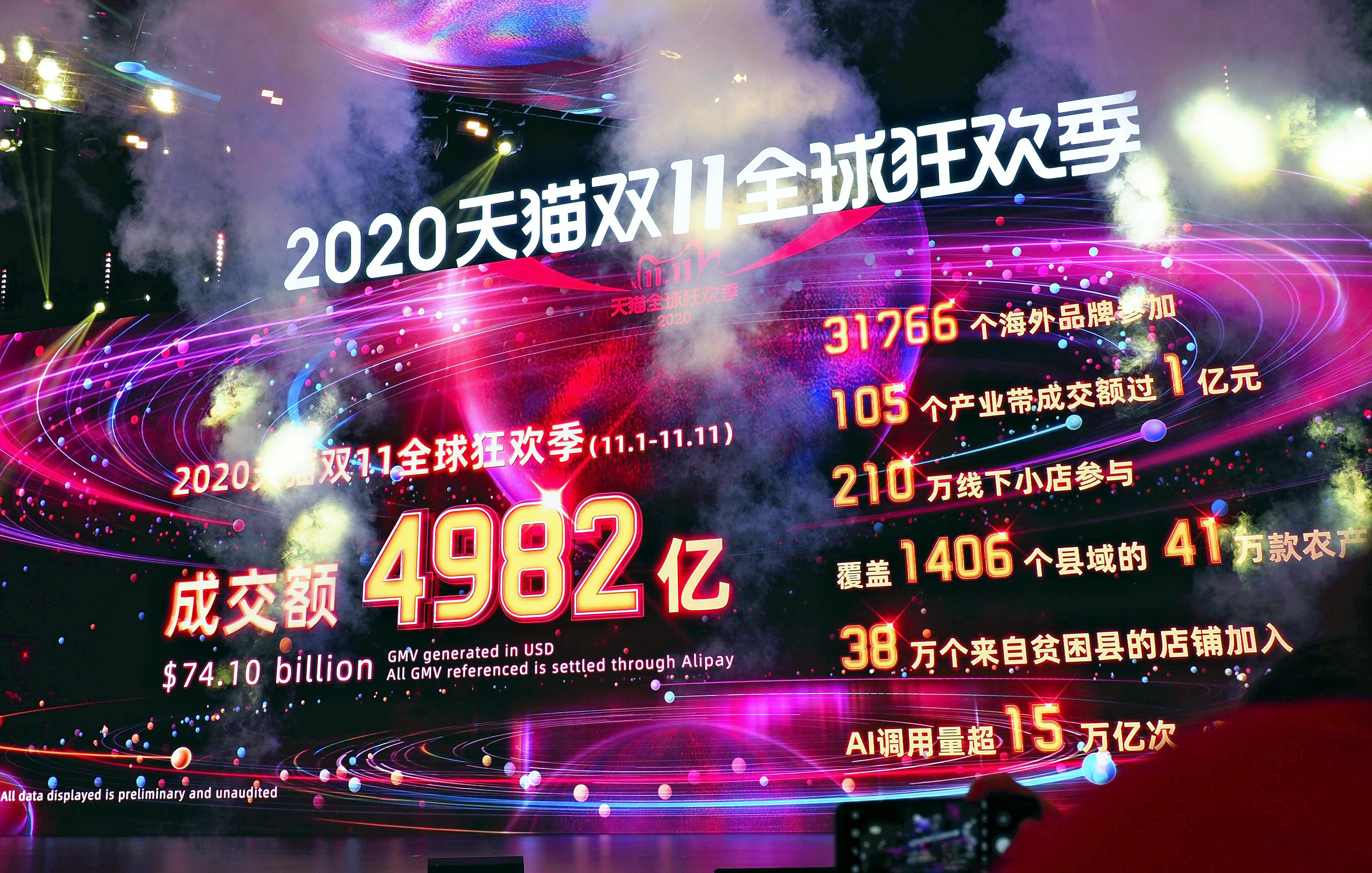 A monitor shows the total sales on Alibaba Group Holding’s e-commerce platform reached 498.2 billion yuan (about US$74 billion) at its sale campaign of China’s Singles’ Day in Hangzhou.  AP

Affordable luxury brands were the biggest winners. Coach, Michael Kors, and MCM were the three top-selling brands in the bag and accessories category.

After rejoining Tmall for the third time, Coach got it right this time. Both its flagship on Tmall Luxury Pavilion and outlet store on Luxury Soho participated in the shopping event. The brand offered a diverse range of merchandise for its different demographics. More than 100 new bags and celebrity favorites were released on the flagship, while its outlet stores offered classic styles that appeal to price-conscious young shoppers.

Coach is also one of the first brands to try out the “Brand Zone” feature during Singles’ Day. A tool that allows shoppers to access special pages of content by dragging down the screen on their smartphones, and a hallmark of Alibaba’s new storefront concept Flagship Store 2.0, it created an interactive “second-floor space” on its Tmall store.

It showcased a panoramic virtual store based on the Coach flagship on Fifth Avenue in New York City, which combines simulation-based gameplay to motivate customers to engage in tasks, share activities, and interact with each other. Within two weeks of its launch, user time increased 2.5 times on Coach’s Tmall page, and more than 15,000 users entered the “Brand Zone” each day.

Michael Kors, on the other hand, was the first bag brand to surpass 100 million renminbi in sales this year. The brand said its turnover jumped five times this year. 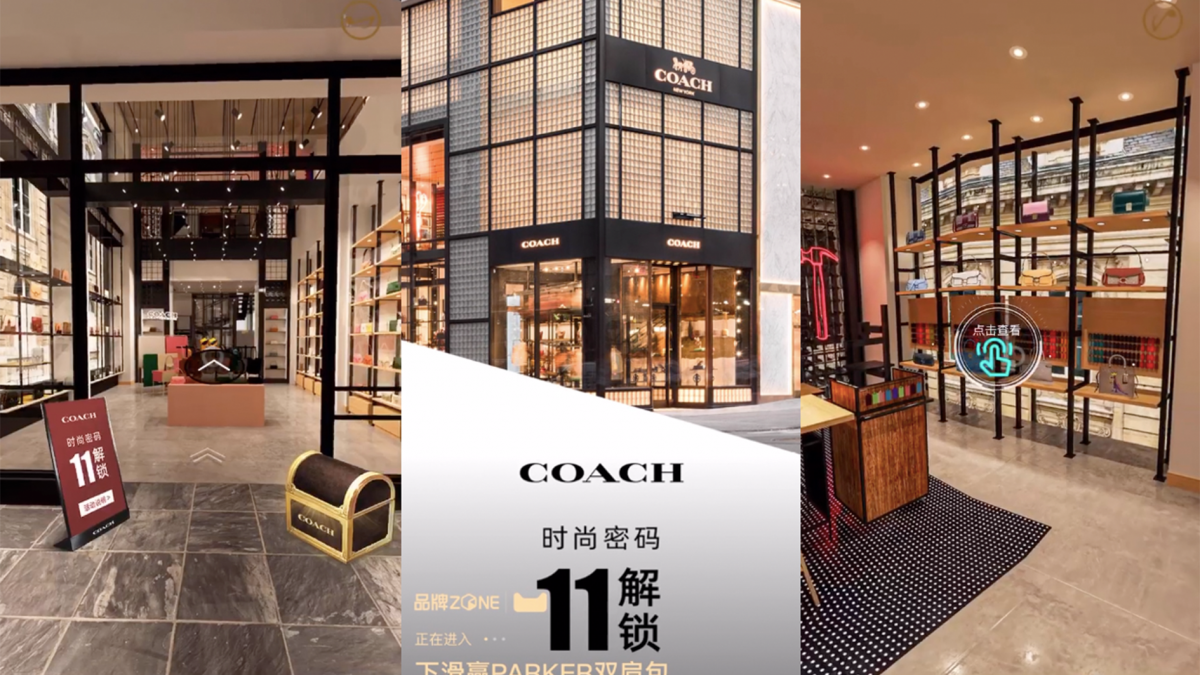 Uniqlo continues to be the best performing brand in the Tmall Singles’ Day women’s wear and men’s wear sales ranking. It has been at the top for five consecutive years since 2015. Best-selling items this year include ultra-light down, Heattech underwear, fleece jackets, denim, wool jackets, and sporting pants.

Chinese down jacket brand Bosideng ranked second in the women’s category.  According to the brand, which has been collaborating with Jean Paul Gaultier, it sold more than 1.5 billion renminbi, or $226.9 million, across all channels. The brand ranked fourth and second respectively in 2018 and 2019 on the list.

At number three is Chinese women’s wear brand Eifini. It has been a regular in the top 10 in the past few years. The Hangzhou-based brand showcased with Tmall at the Paris China Cool event in October 2019.

In beauty sales, Estee Lauder overtook L’Oréal for the first time to top the list. It is also the first brand to surpass the one billion renminbi, or $152 million, sales mark at Tmall. Those two names are followed by Lancôme, The History of Whoo, Olay, SK-II, Sulwhasoo, Shiseido, Winona, and La Mer. As a group, L’Oréal is still the biggest winner.

China’s beauty unicorn Perfect Diary, whose parent company Yatsen is set to raise over $600 million with its U.S. IPO, was the best-selling Chinese beauty brand during Singles’ Day. 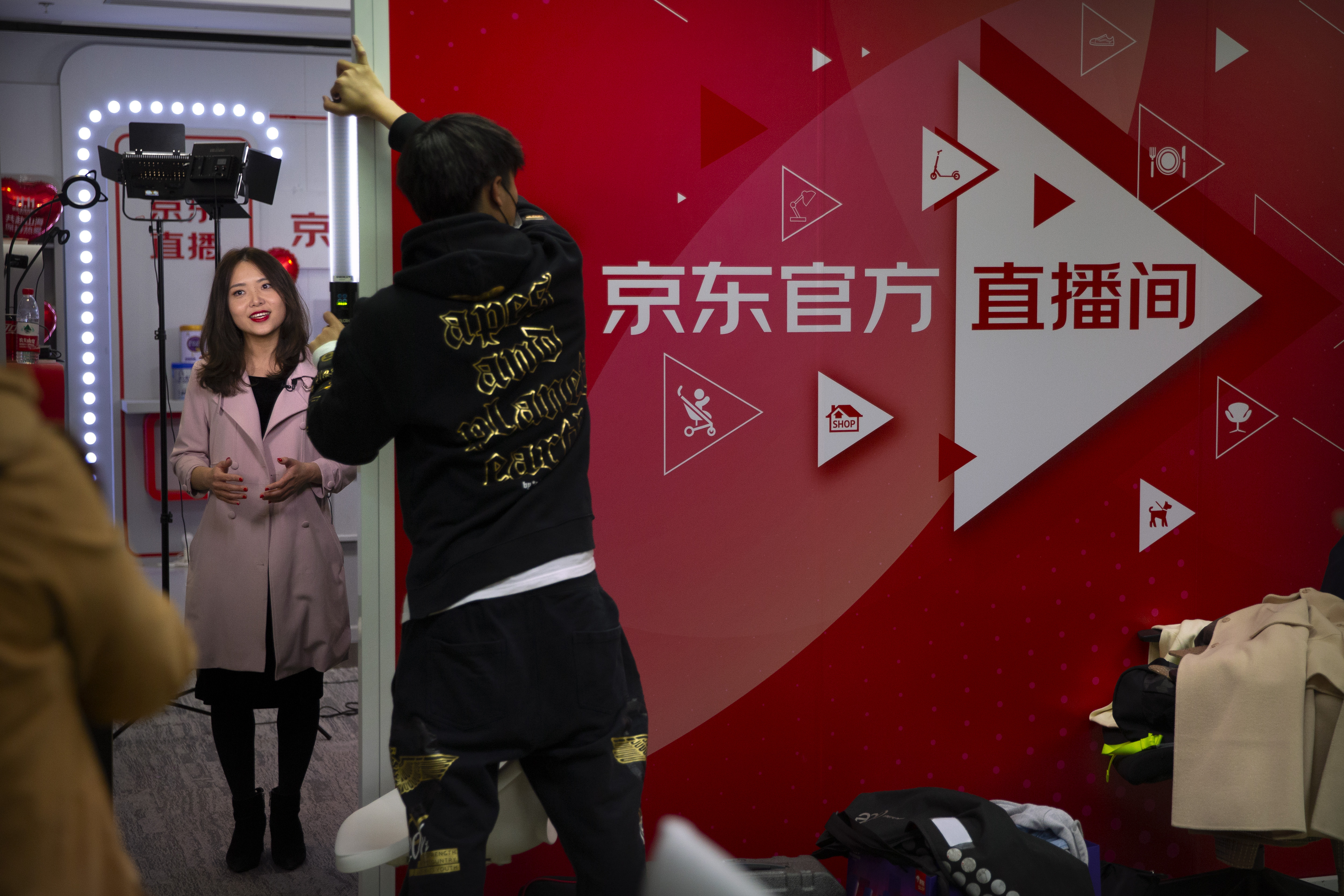 A host records a promotional video for a product at the headquarters of online retailer JD.com in Beijing.  AP

JD Luxury saw whole day sales on Nov. 1, the first day of this year’s Singles’ Day period, up 138 percent versus a year ago. In the first 30 minutes, 127 brands including Ferragamo, Ralph Lauren and Tod’s saw sales up tenfold, and international jewelry brands were up sixfold year-over-year.

Kevin Jiang, president of international business, fashion, and lifestyle at JD.com, said: “We are seeing more diverse demand from our consumers. The mainstream luxury brands, such as Prada, Ferragamo, Burberry, Rimowa, Hugo Boss, and Coach, continue to perform strongly, but new brands, including designer brands, such as Manu Atelier, Ami Paris, and Stone Island, and also brands with strong characters, such as Fabergé and Stefano Ricci, are also showing amazing potential.”