A legend grows in three centuries. 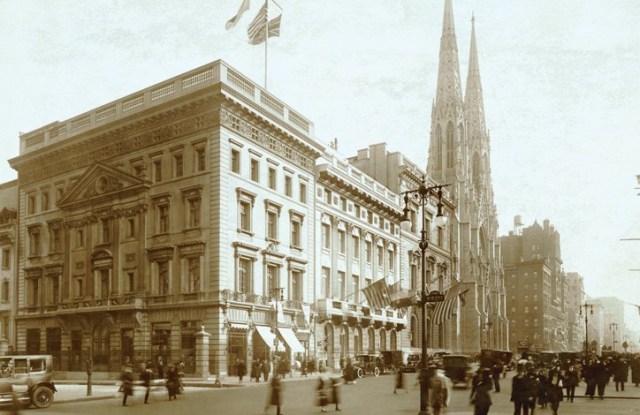 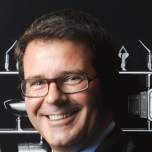 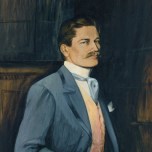 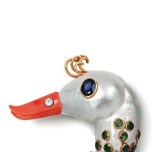 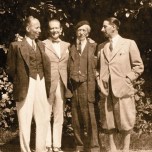 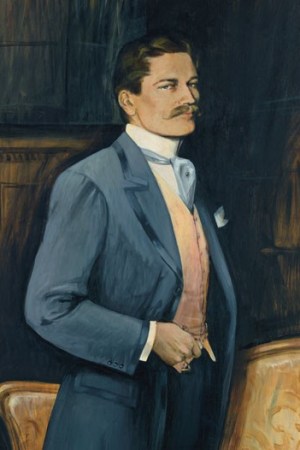 A portrait of Louis Cartier at the turn of the 20th century.

The beginning of the 20th century marked the dawn of a tradition for innovation and creativity that catapulted the house of Cartier to iconic status.

Founded in 1847 by Louis-François Cartier, the house in the 19th century earned a reputation as one of Paris’ preeminent jewelers, furnishing baubles to aristocrats like Princess Mathilde of France and Empress Eugénie.

Despite this undeniable success, Cartier didn’t own a singular style. In fact, if the house had closed before the beginning of the 20th century, history would probably have remembered its quality of craftsmanship and stones—but Cartier would have been grouped with any number of Paris’ leading names, which shared a similar style typified by garland necklaces and brooches.

When Louis-François’ grandson Louis Cartier joined the house in 1898, the company took a resolutely modern turn that propelled it boldly into the new century while laying the creative bedrock that would make it one of the most innovative and widely emulated jewelers in the world.

Louis Cartier was by nature a pioneer: openminded, curious and intelligent. He was obsessed with modernity and how it could translate into jewelry. For him, a true style was meant to evolve over time. That stylistic philosophy was one of the main reasons he didn’t appreciate or emulate the vogue for Art Nouveau, which he judged too self-referential and kitsch.

Cartier’s aesthetic was more classically informed. He held little affinity for the eclecticism that defined the late 19th century, whether it was the flights of fancy of the neo-Gothic or the regal turns of the neo-Renaissance.

His ideal was the French 18th century. This is seen in his use of classically modeled motifs at the time, based on proportion and symmetry.

But Cartier married that inspiration with influences as diverse as Islamic art and the percolating Modernist art movement, accounting for his lasting influence and originality.

Many of his early pieces are underscored by the use of abstraction. Cartier quickly became known for his savvy mix of geometric forms. Exoticism also played a role in his creations starting in about 1903. It was in that same year that Cartier visited an important Islamic art exhibition in Paris. After that, he began to juxtapose blue and green stones, a color combination typical of Islamic chromatic schemes that became one of Cartier’s hallmarks.

It was also at this time that Cartier came into contact with the wildly exotic production of Sergei Diaghilev’s Ballets Russes. They help account for Cartier’s appropriation of Russian popular arts in his jewels.

Even Japanese motifs, including a pattern seemingly inspired by a Japanese obi belt, turned up in his designs.

“Cartier was a very good jeweler before Louis Cartier,” says Pierre Rainero, image, style and heritage director of Cartier International. “But it shared the same style as other important jewelers of its day.

“It was Louis Cartier who made Cartier a modern jeweler, by ignoring the stylistic turns of the 19th century and looking resolutely into the future.”

Cartier further boosted his reputation for innovation when he began to make jewelry out of platinum.

Incredibly difficult for jewelers to manipulate at the time, platinum required a whole new set of skills and tools in order to be integrated into jewelry. Cartier didn’t shy from the challenge.

His motivation was multiple. Platinum was harder and more resistant than silver or gold — and it didn’t blacken, which was a serious issue for many women at the time. With gas lighting used in many society venues, the smoke could tarnish a silver piece before the night’s end, leaving its wearer’s jewels a shadowy blur.

“With the use of platinum, Louis Cartier attracted a whole new international clientele,” says Rainero. “Other jewelers didn’t want to use the metal because it was too diffi cult to work with. Louis Cartier was always considering new ways to develop. He never hemmed himself into one technique. He thought style was meant to evolve and develop. In this way, he laid down the creative vocabulary of Cartier: geometry, color and abstraction. Those are principles that can be interpreted endlessly and freely.”

Cartier often looked to the decorative arts for inspiration. He was an avid collector of 18th-century furniture, in particular work by Georges Jacob. Among his prized possessions was furniture from the salon Jacob had made for the Palace of Saint-Cloud.

Cartier was also tuned into the creations of his time. Armand Albert Rateau, the Art Deco master who went on to do interiors for the likes of Jeanne Lanvin, was one of his close friends. In fact, Cartier opened a shop in New York in the same building as Alavoine, the French decoration company that the young Rateau oversaw as artistic director.

It is often said Louis Cartier exerted an influence on the decorative arts, too, especially with his early jewelry based on abstract geometric forms, which later show up in Art Deco, as well as his strain for exoticism, which turns up in Rateau’s later decors.

Cartier knew how to take the best of the old and make it new. Unsurprisingly, he was an expert in antique jewelry, a subject on which auction houses often consulted him. He also collected and sold important antique pieces.

It was Louis Cartier, for example, who sold Marie Antoinette’s earrings and the Hope diamond before they ended up in the Smithsonian Institution.

As the firm achieved greater success at home, it became only a matter of time before it began to look beyond its borders.

In 1902, it opened its first boutique in London. And in 1904, Pierre Cartier, Louis’ brother, opened a boutique in Saint Petersburg for the season. Russia was a revelation for Cartier. Louis Cartier had grown convinced of the business to be done there after seeing the magnifi cent pieces by Fabergé at the 1900 Universal Exhibit.

“Louis Cartier was amazed that Russians had the money and taste for that,” Rainero recounts.

Cartier’s contact with Russia brought the house more than clients. It also led to Cartier’s renown for enameling. Louis Cartier hired the same enamelers that worked for Fabergé.

Cartier’s search for new horizons wasn’t strictly limited to style. He looked at business as well.

In 1909, the company opened a shop in New York. “Business was difficult at first,” says Rainero. “Americans still liked coming to Paris to buy. It took a few years before the business in the U.S. got up and running.”

In 1917, Cartier moved into its shop at 52nd Street and Fifth Avenue in a mansion that had belonged to Maisie Plant. The shop itself is the stuff of legend. Cartier offered an exceptional string of pearls to Plant in exchange for the building.

“You have to remember that pearls were more expensive than diamonds at the time,” Rainero states. “Pearl culture didn’t exist yet.” Soon, the Vanderbilts, Morgans and Astors were pushing open the door to the shop.

The next frontier Cartier tackled was India. In 1911, the company opened a bureau in the country. Jacques Cartier, Louis’ brother, headed the project.

Jacques first visited the country at the age of 27. He was impressed by the maharajas’ tradition for splendor and wealth. He arrived with a stash of platinum jewelry, with which he made a splash. Jacques traveled around the country, taking pictures and soaking up inspiration. In one of the quaintest pictures of the time, he is waiting for a train, surrounded by Goyard trunks.

Jacques Cartier’s trips to India also helped account for one of the most spectacular creations Cartier ever made: a full ceremonial necklace dripping with gems for the Maharaja of Patiala.

But even as his brothers beat a path around the globe, Louis continued to travel in his imagination with exotic flights of fancy and jewelry influenced by locales around the world.

“Some of the most intrepid voyages of the brothers really took place in Louis Cartier’s mind,” says Rainero.

As the years wore on, Louis Cartier separated himself from creative issues. He married a Hungarian aristocrat, the Countess Jacqueline Almassy, and began to split his time between Paris and his wife’s palace in Budapest.

Little by little, Jeanne Toussaint — a legend in her own right — took over. Toussaint brought Cartier a second breath of modernity. Louis Cartier may have realized his understanding of the age had reached its limits. Toussaint was anchored in the burgeoning cafe society of the day. Her friends included the likes of Misia Sert, one of Coco Chanel’s great friends.

“Jeanne belonged to a new world,” Rainero observes. “It’s interesting to speculate whether Louis Cartier felt that his time was up.”

Toussaint knew how to speak the language of Cartier by heart. She started at the house in 1918 as director of accessories. She called Louis Cartier “patron.” By 1933, when she took over the artistic direction, she had worked at the house for 15 years.

That didn’t impede Toussaint from edging the house forward in new stylistic ways. “She created the Toussaint taste,” says Rainero. “She knew exactly what an independent woman of her age would want. She brought a new expressionism to the Cartier vocabulary.”

Toussaint, for example, created jewelry in the form of animals for Cartier. It was she who masterminded countless jewelry creations for the Duke and Duchess of Windsor. Toussaint told Wallis Simpson that she alone deserved to wear a panther brooch with a 152.35-carat sapphire — the duchess held the animal theme dear. Toussaint also created a precious “pug” brooch made of gold, enamel and citrine, the effigy of the Duke and Duchess’ favorite animal.

Over two decades, Wallis collected animal pieces with fervor, including a duck-head profile blister pearl mounted on a pin and the fabled flamingo brooch. In 1956, the Duchess had Cartier make a jointed tiger brooch paved with bright yellow brilliants and onyx on a yellow-gold mount. “This will be my last fancy,” she said.

Toussaint’s legend grew accordingly. She was friends with the likes of Cecile Beaton and Henri Cartier-Bresson. She never drew. “Jeanne knew it was important to keep her distance from the creative process,” says Rainero. “She considered that it was death to creation to draw.”

Toussaint continued a tradition Louis Cartier started — the weekly creative council. She just changed the day of the week. Each Monday, Louis Cartier met with his designers to give the creative directions. Jeanne’s meetings, which lasted until she retired in the early Seventies, convened on Tuesdays.

“We want to perpetuate the tradition,” says Rainero. “ But we also want to keep Cartier modern — a maison of its time.”