A look at Cartier's accomplishments over time. 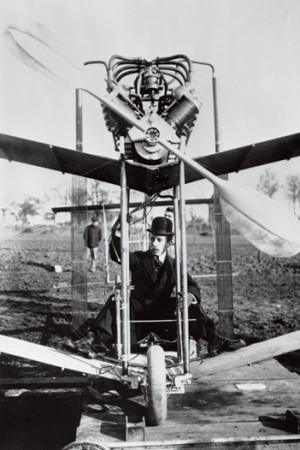 1888
The first jewelry bracelet-watches for women are made.

1900
Crowned heads and aristocrats from around the world flock to buy Neoclassic diamond jewelry mounted in platinum.

Louis Cartier creates a watch with a leather strap, expressly designed to be worn on the wrist, for his friend Alberto Santos-Dumont, the Brazilian aviator.

Queen Alexandra of England purchases a necklace in the Indian style.

1905
King Carlos I of Portugal appoints Cartier an official purveyor.

Creation of the first Tonneau wristwatch.

1907
First exhibition and sale in Saint Petersburg, at the Grand Hotel Europe.

Tsar Nicholas II of Russia names the company as his official purveyor.

1909
Cartier expands into the growing American market as Pierre Cartier opens a subsidiary in New York at 712 Fifth Avenue.

Patent is granted for the folding buckle for wristwatches.

1911
Launch of the Santos de Cartier wristwatch, inspired by the 1904 model.

Jacques Cartier travels to India to attend the Delhi Durbar and to visit the Persian Gulf.

1912
The first mystery clock, the Model A, is introduced.

A delegation from the City of Paris presents Tsar Nicholas II with the Cartier Imperial Egg (now at New York’s Metropolitan Museum of Art).

Introduction of baguette-cut diamonds and the comet clocks.

Launch of the Tortue watch.

1913
King Peter I of Serbia appoints Cartier an official purveyor.

1914
Cartier paves the bezel on a lady’s round wristwatch with diamonds and onyx to create the first Panther motif.

Duke Philippe of Orleans appoints the company an official purveyor.

1917
The New York store moves to 653 Fifth Avenue, the mansion of Morton F. Plant, which Pierre Cartier acquires in exchange for a double-strand necklace of 55 and 73 natural pearls.

First studies for the Tank wristwatch.

1918
Creation of batons for French Field-Marshals Foch and Pétain.

1919
Launch of the Tank wristwatch.

King Albert I of Belgium appoints Cartier an official purveyor.

1921
Cartier is named official purveyor to the Prince of Wales, future King Edward VIII, who, on abdicating in 1936, became the Duke of Windsor.

Creation of the Tank cintrée wristwatch.

1922
Creation of the Tank Louis Cartier and Tank Chinoise wristwatches.

1924
Creation of the three-band ring and bracelet combining gold in three colors, known in the U.S. as Trinity.

1925
Cartier makes a memorable appearance at the International Exhibition of Modern Industrial and Decorative Arts in Paris, in the Pavillon de l’Élégance.

1926
Creation of the Baguette wristwatch.

1928
A loyal American customer, Marjorie Merriweather Post, purchases from Cartier in London earrings once worn by Queen Marie-Antoinette of France.

1929
King Fouad I of Egypt appoints Cartier an official purveyor.

Participation in the Exhibition of French Arts in Cairo.

1932
Creation of the Tank basculante wristwatch.

Cartier files a patent for the “invisible mount,” a stone-setting technique in which the metal of the mount disappears to show only the stones.

1936
Creation of the Tank asymétrique wristwatch.

The smallest wristwatch in the world, by Cartier, is given to 12-year-old Princess Elizabeth of England by the French President, Albert Lebrun, when King George VI and Queen Elizabeth go to France for a state visit.

1939
Cartier is named an official purveyor to King Zog I of Albania.

1949
The Duke and Duchess of Windsor purchase, in Paris, a platinum panther brooch on a Kashmir cabochon sapphire of 152.35 carats. Cartier would buy the brooch for its own collection in 1987.

1955
Creation of Jean Cocteau’s sword for his election to the Académie Française, to the artist’s own design.

1956
For her marriage to Prince Rainier, American actress Grace Kelly receives numerous gifts of jewelry by Cartier including her engagement ring, set with a 12-carat emerald-cut diamond.

1968
The Mexican actress María Félix commissions Cartier to make a diamond necklace in the form of a serpent.

Cartier grants Robert Hocq a license to create an oval lighter with a retractable wheel under the Cartier name.

Creation of the Maxi Oval watch in London.

1969
Cartier acquires an exceptional pear-shaped diamond of 69.42 carats and sells it to Richard Burton, who gives it to Elizabeth Taylor for her birthday. The famous Cartier diamond was thus renamed the Taylor-Burton.

Creation of the Love bracelet.

1972
Cartier Paris is taken over by a group of investors led by Joseph Kanoui.

1973
Creation of Les Must de Cartier by Robert Hocq with Alain-Dominique Perrin.

1974
Launch of the first leather collection in bordeaux-red.

1975
Cartier celebrates the 100th anniversary of the birth of Louis Cartier.

Viewing in New York of “Retrospective Louis Cartier: One Hundred and One Years of the Jeweler’s Art.”

Creation of the first oval pen.

1978
Creation of the Santos de Cartier watch with a gold and steel bracelet.

1983
Creation of the Collection Ancienne Cartier (later the Cartier Collection) to record and illustrate the jeweler’s art and history.

1984
Introduction of a jewelry collection on the theme of gold and pearls.

Creation of the Cartier Foundation for Contemporary Art in Jouy-en-Josas.

1986
Debut of the Panther jewelry collection.

Showing of “The Art of Cartier,” the first major retrospective in Paris, at the Petit Palais.

1992
“The Art of Cartier” is shown at the Hermitage Museum in Saint Petersburg, Russia.

1995
Creation of the Pasha C wristwatch in steel.

“The Art of Cartier, the World of French Jewelry Art” exhibition opens at the Tokyo Metropolitan Teien Art Museum in Japan.

1996
The Tank Française wristwatch is introduced.

Debut of the Creation jewelry line.

Launch of the Tank ring.

Showing of “Cartier, Splendors of Jewelry” retrospective at the Hermitage Foundation in Lausanne, Switzerland.

1997
Cartier celebrates its 150th anniversary with fine jewelry introductions, including a necklace in the form of a serpent, paved with diamonds and set with two pear-shaped emeralds of 205 and 206 carats.

The “Cartier 1900-1939” retrospective shows at the British Museum in London and New York’s Metropolitan Museum of Art.

1999
Creation of the Paris Nouvelle Vague Cartier jewelry collection, inspired by the city of Paris.

“The Art of Cartier, A Splendor of Time” retrospective at the Museo del Palacio de Bellas Artes opens in Mexico City with guest of honor María Félix.

Launch of the Roadster watch.

Cartier shows the ceremonial necklace made for the Maharajah of Patiala at the  21st Biennale des Antiquaires in Paris.

2002
Creation of the Tank Divan wristwatch.

“Cartier Design viewed by Ettore Sottsass” premieres at the Vitra Design Museum in Berlin and the Palazzo Reale in Milan. The exhibition will later travel to the Daigoji Temple in Kyoto, Japan, and the Houston Museum of Fine Arts.

The Kimberley Process is implemented and Cartier immediately adopts measures to end trade in conflict diamonds.

Cartier contributes to “Jean Cocteau, Spanning the Century,” at the Centre Georges Pompidou in Paris.

2004
The company marks the 100th anniversary of the Santos de Cartier wristwatch, with the creation of the Santos 100, Santos Demoiselle and Santos-Dumont wristwatches. Cartier presents “The Art of Cartier” retrospective at the Shanghai Museum.

Presentation of the historic Star of the South diamond weighing 128.48 carats at the 22nd Biennale des Antiquaires in Paris.

Cartier cofounds the Council for Responsible Jewelry Practices and becomes an active member of the Women’s Forum.

Cartier presents a special award for women business entrepreneurs at the Women’s Forum for the Economy and Society.

“Cartier 1899-1949, The Journey of a Style” premieres at the Calouste Gulbenkian Foundation Museum in Lisbon.

“Cartier, Innovation Through the 20th Century” shows at the Kremlin Museum in Moscow.

2008
The 9452 MC calibre, the first Cartier calibre to be stamped with the Geneva Seal, is introduced.

“The Art of Cartier” retrospective shows at the Deoksugung National Museum of Seoul.

Presentation of a fine jewelry collection, dedicated to extraordinary creatures such as dragons, chimaeras, plumed serpents, at the 24th Biennale des Antiquaires in Paris.